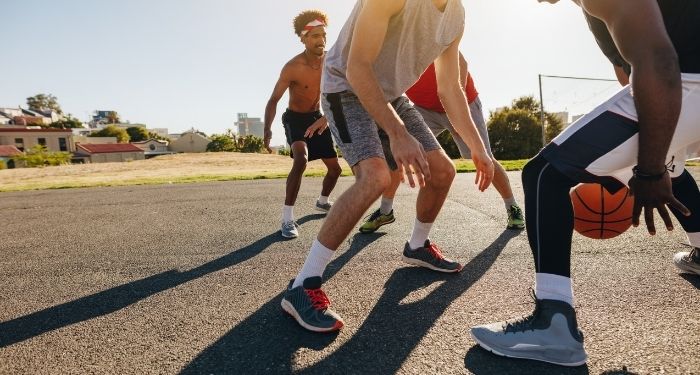 Sports journalism has been around since Homer wrote about the first draw in a wrestling match in 850 BCE Greece. In the early 1800s, “penny papers” were on the lookout for new and exciting stories to entertain their readers. Nonfiction sports stories fit right in.

“It appears that when the papers doubled in the number of pages, they doubled the size of the sports section,” said Harry Heath in How to Cover, Write, and Edit Sports. The genre only grew after Pulitzer hired the first sports editor in 1883. Other major newspapers followed and soon everyone had an editor for the genre.

Then basketball was born in 1891 and sports journalism took off even more. Pioneers in the genre emerged. Grantland Rice started covering college football teams in 1925. Henry Chadwick was known as the father of baseball. And Leonard Koppett received awards from both the Basketball Hall of Fame and the Baseball Hall of Fame for his writing. The world was obsessed with reading, and writing, about sports.

And that trend has only continued to this day. You can’t open a newspaper or click on a news site without finding a sports section. For those more inclined to longer sports journalism, here’s a list of 20 must-read nonfiction sports stories sure to teach you something about the games we know and love.

Outstanding Sports Nonfiction for Your TBR

Moneyball: The Art of Winning an Unfair Game by Michael Lewis

When you say sports journalism, Moneyball is almost always the first title that comes to mind. Money is everything and, for general manager of the Oakland A’s, the budget is smaller than nearly every other MLB team. So, how do they compete? The staff turned to statistics to pick up more affordable players with high on-base percentages or pitchers with higher numbers of ground outs to put together a winning team. Baseball and math no longer seem so separate. 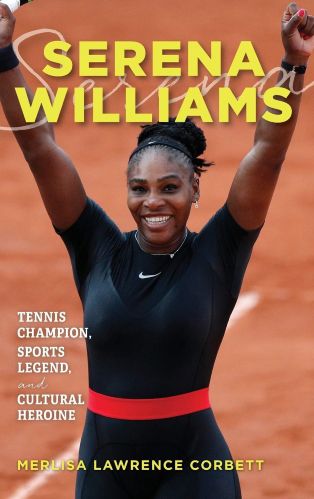 The 23-time Grand Slam champion Serena Williams is a household name. Her fans even have a name, Serena’s Army. Serena Williams delves into her history, career, and also the impact she has had on the tennis world chock full of racism, sexism, and body shaming. Readers are sure to learn more about the sport and Serena both on and off the court. 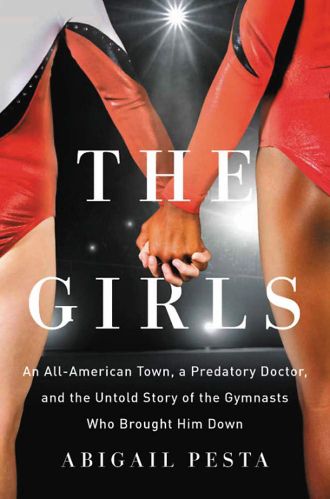 The Girls: An All-American Town, a Predatory Doctor, and the Untold Story of the Gymnasts Who Brought Him Down by Abigail Pesta

Award-winning journalist Abigail Pesta covers the untold history of the girls who encountered Larry Nassar. For years before his sexual abuse came to light, he worked in a small-town gym in Michigan. The Girls is the story of the aspiring gymnasts who encountered Nassar as he honed his predatory practices in their all-American town. Pesta grants these survivors the space to share their untold stories. 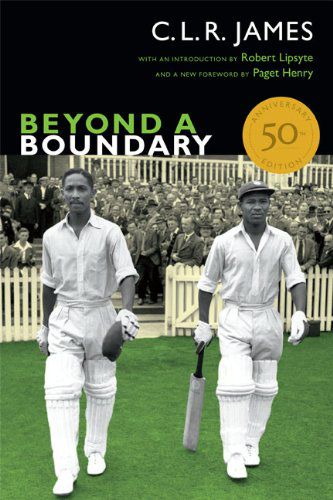 Beyond a Boundary by C.L.R. James

For those who know a lot about the game of cricket and those who know nothing, Beyond a Boundary is a must-read. James tells of his boyhood in the West Indies, the role cricket played in his family history, and what it meant in growing up in Trinidad. Politics are not as separate from sports as you may think, and James makes a case for that, delving into the colonial history of where he grew up, the game of cricket, and his life as a player. Beyond a Boundary is considered one of the best and most important books on cricket. 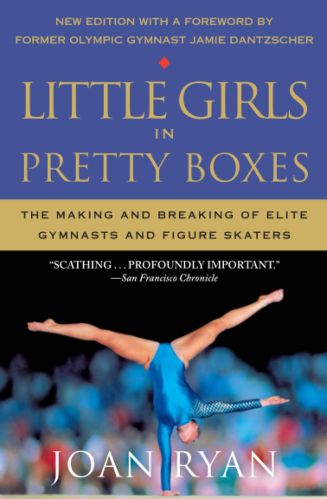 Little Girls in Pretty Boxes: The Making and Breaking of Elite Gymnasts and Figure Skaters by Joan Ryan

For fans of the gymnastics and ice-skating segments of the Olympics, Little Girls in Pretty Boxes is for you. Delving into the horrors that lurk behind the scenes, this expose brings to light the rigorous and at times abusive training regimens young girls face when trying to make it big in the gymnastic and ice skating world. Injuries, eating disorders, and exhaustion are rampant, and this book captures the reality of it all. 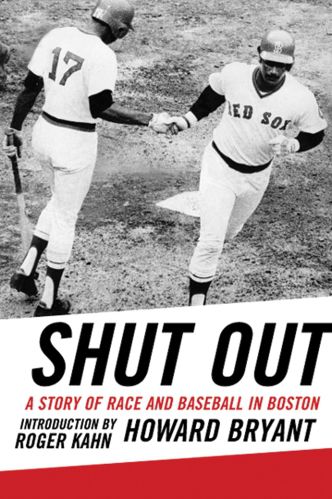 Shut Out: A Story of Race and Baseball in Boston by Howard Bryant

Sports journalist Howard Bryant gets back to his Boston roots in this examination of racism in Boston through the lens of the Red Sox. From Jackie Robinson’s tryout, the first Red Sox’s black player, Pumpsie Green, and Mo Vaughn’s time in Boston. Bryant captures a larger trend of racism through interviews and research into the baseball players of Boston. 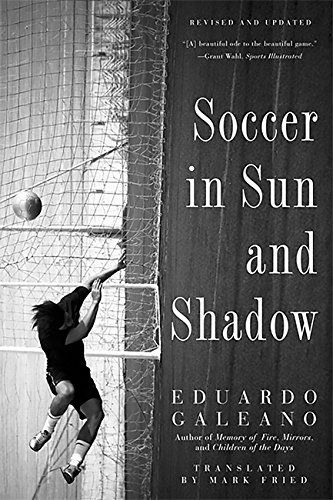 Soccer in Sun and Shadow by Eduardo Galeano

Through short chapters on everything from the origins of the sport to the players, rules, fans, and beyond, readers get to appreciate the beautiful game of soccer and Galeano’s beautiful writing to match. Anecdotes about the longest penalty shootout, journalists on the brink of execution, scathing critique of modern commentators, and death bed wishes inspire and delight in turn. Soccer lovers are sure to feel the love for the game shining through in Soccer in Sun and Shadow. 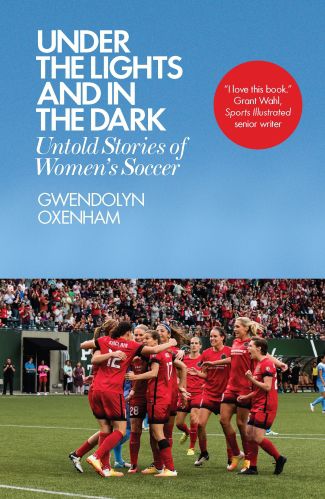 Under the Lights and In the Dark: Untold Stories of Women’s Soccer by Gwendolyn Oxenham

Oxenham played for women’s soccer Santos FC, the team having to hitchhike to practice, share their field with a horse, and take hand-me-down uniforms from the men’s team. If this is the reality of women’s soccer for her, what about the rest of the world? Oxenham documents just that in Under the Lights and in the Dark, from homelessness to refugee camps and everything in between. Readers will learn more about women’s soccer and feel the love for the game radiating off the pages. 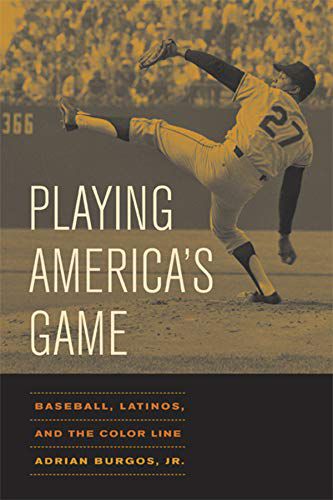 Pulling from research in various countries, publications, interviews, and more, Burgos delves into the history of Latino players in the major leagues. Stretching back to the 1880s, this book navigates the ever-changing “color line” of baseball and how pioneers like Roberto Clemente struggled to find their place. This academic, thorough capture of Latino history is chock full of information you’ve never heard before. 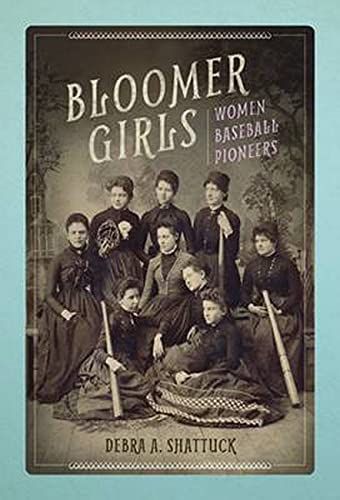 Through newspaper accounts and club archives, Debra A. Shattuck reconstructs the women throughout baseball’s history. She shares the stories of women who organized their own baseball clubs, found places amongst men’s rosters, and found financial exploitation from the society around them while tying it into the women’s rights movement and the perception of women athletes of the past. 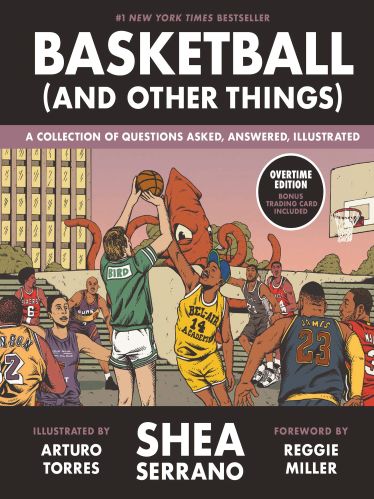 Basketball (and Other Things) a Collection of Questions Asked, Answered, Illustrated by Shea Serrano and Arturo Torres

Sports fans far and wide have opinions. A lot of them. Serrano and Torres capture disputes between fans from basketball history from the best disrespectful dunk of all time to how many points should each shot be worth to the real rules of a pick-up game and everything in between. With stunning illustrations and hilarious debates, Basketball (and Other Things) is a witty and fun sports book for fans new and old. 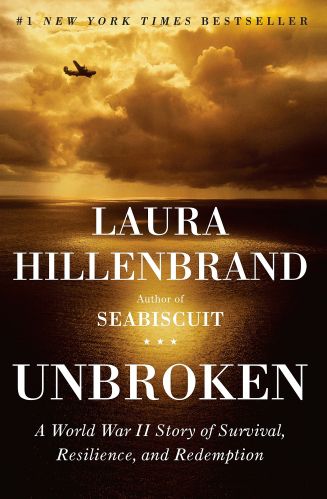 Louis Zamperini worked hard to compete in the 1936 Olympics in track and field. When World War II came, he became an airman, flying B-24s across the sky. That is, until his plane was downed in the Pacific Ocean. Zamperini had only a life raft to keep himself alive. Unbroken is a story of perseverance against all odds and the resilience of the athletes we live amongst. 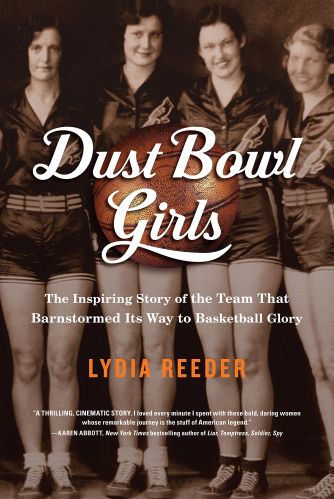 Dust Bowl Girls: The Inspiring Story of the Team that Barnstormed Its Way to Basketball Glory by Lydia Reeder

In the 1930s, deep in the financial crisis and drought of the Depression-era, basketball coach Sam Babb recruited farm-working young women to play on his basketball team in exchange for a college education. The Cardinals were born. Amidst declarations that women’s sports were unladylike and unhealthy, the team of women discovered a love for the game and started to win. And win. And win. 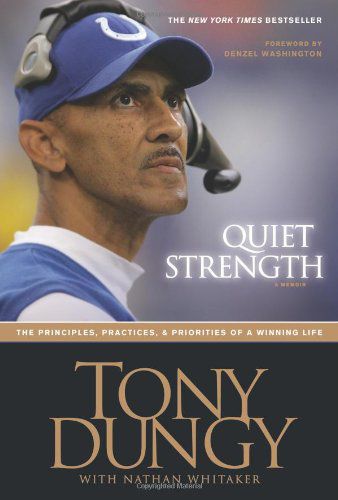 Quiet Strength: The Principles, Practices & Priorities of a Winning Life by Tony Dungy

Tony Dungy is the first African American to coach a football team, The Colts, to a victory at the Super Bowl. He was a safety himself, a coach for the NFL for 13 seasons, and is now a sports analyst for NBC. His book, Quiet Strength, delves into his life, coaching, and his faith that supported him through it all. You’ll learn what it means to be strong and have integrity through the challenges of football and the challenges of grief at the same time. 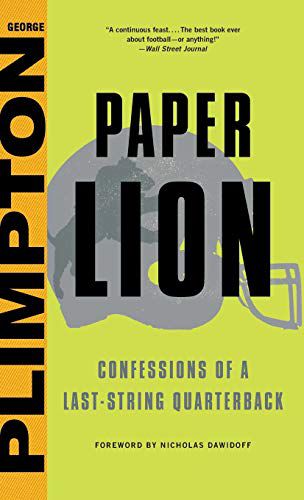 George Plimpton was an American journalist. Using his communication skills, he talked his way into trying out for the Detroit Lions. Documenting his time in training camp, living with 60 guys, and playing in a preseason exhibition game, Plimpton uncovers the realities of making it to the big leagues. Simultaneously hilarious and insightful, Paper Lion is a must-read and also set the scene for “participatory” sports journalism. 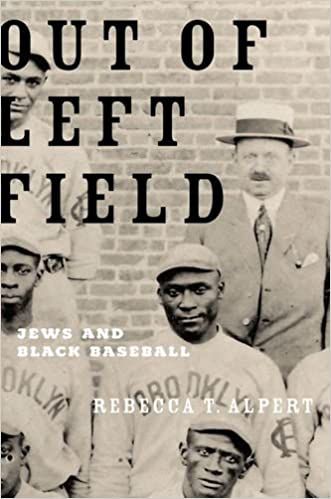 Out of Left Field: Jews and Black Baseball by Rebecca T. Alpert

Did you know there was a team of Black Jewish baseball players called the Belleville Grays, the only Jewish team in the history of Black baseball? If not, this read is for you! Alpert dives into the intersection of Jewish history, the Negro Leagues, and racism in America’s favorite game. Readers will also learn about the impact of Jim Crow laws, comedy baseball reminiscent of the Harlem Globetrotters, and the journalists covering African American and Jewish players alike. 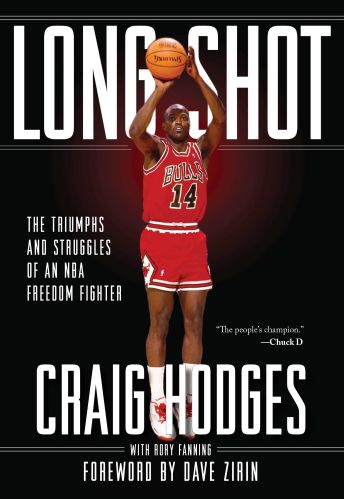 Long Shot: The Triumphs and Struggle of an NBA Freedom Fighter by Craig Hodges

Craig Hodges was a world-champion basketball player. He led the NBA in three-point shooting percentage not once but twice. That is, until the Chicago Bulls star handed President George H.W. Bush a handwritten letter demanding more action on racism. Hodges also spoke out against police brutality and initiated a boycott against Nike. Because of his activism, after ten seasons of the NBA, he was blackballed. This memoir details Hodges life of sports and justice and everything in between. 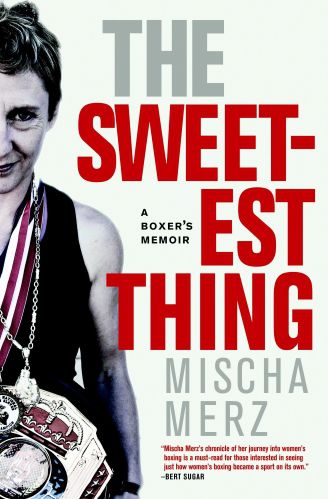 The Sweetest Thing: A Boxer’s Memoir by Mischa Merz

Journalist and amateur women’s boxer Mischa Merz recounts her time traveling across the U.S. competing in women’s boxing tournaments. She meets idols in the women’s boxing world like Lucia Rijker, explores femininity in this masculine sport, and sheds insight on the subculture of the sport. Merz also takes the time to discuss some of the new and upcoming athletes in the field trying to make the 2012 Olympic Games. 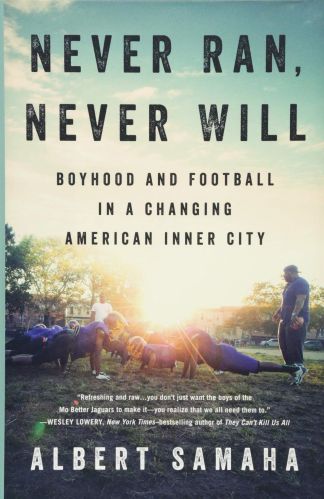 Never Ran, Never Will: Boyhood and Football in a Changing American Inner City by Albert Samaha

In Brownsville Brooklyn, a youth football team lives called the Mo Better Jaguars. Around them in the mostly black neighborhood, is poverty, gentrification, and violence. The young boys on the team find refuge in football from the hardships of growing up inner city, and could open doors to college, and scholarships, if they can win under the leadership of unpaid, but dedicated, coaches. Samaha captures the realities of how sports change lives, and what it would mean if they disappeared from neighborhoods like Brownsville. 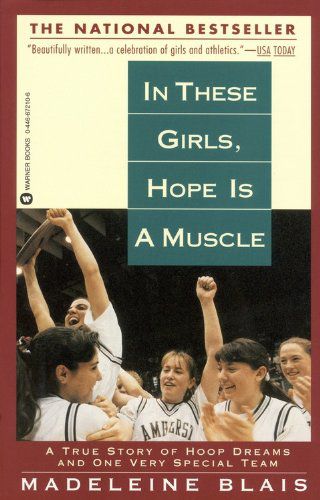 In These Girls, Hope is a Muscle a True Story of Hoop Dreams and One Very Special Team by Madeleine Blais

The Hurricanes, a girls’ high school basketball team from Western Massachusetts, just missed making it to their championship five years running. Through the story of these girls and their coaches, readers learn more about the community that surrounds them and the support they give to their girls. In These Girls, Hope is a Muscle is a love letter to basketball, girlhood, and Amherst too.

Whether you’re a fan of the game or a player yourself, I hope you liked this list of must-read nonfiction sports stories! If you’re wanting more of your bookish sports fix, try these 25 of the best sports books for kids. Or these five autobiographies of U.S. Olympians!