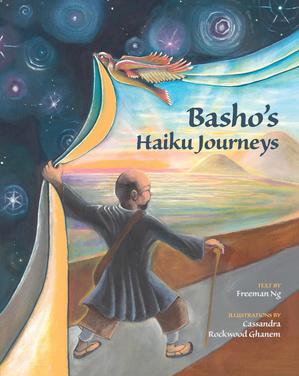 A pop-up introduction to the great Christian reformer.

In Traini’s seven compositionally similar tableaux, simply drawn cartoon figures—all white until a diverse mix of worshipers from the past and present gathers at the end—pop up to look on wide-eyed, along with lots of small cute forest creatures, at select incidents in Luther’s career. As a disclaimer has it, the uncredited and decidedly sketchy narrative is the “popular” version: after being caught in a storm that prompts him to promise God to become a monk if he survives (according to his own account, he appealed to St. Anne), Martin goes on to discover in the Bible “the very good news that we are saved by faith!” Following his 95 theses (totally unexplained) and refusal to recant before the ruler of the Holy Roman Empire, he is temporarily kidnapped for his own safety, later produces a German Bible and other writings, and inspires “a reformation of the church” that is still ongoing so long as “we read the Bible, listen to the Holy Spirit, and follow Jesus in faith.” Readers interested in specific dates, biographical details, or even a general picture of Luther’s times will have to look elsewhere.