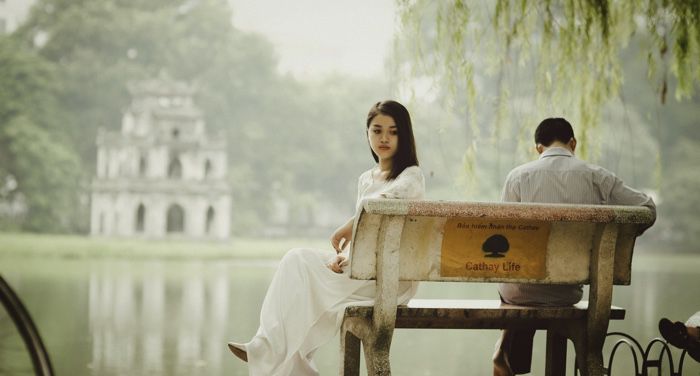 Books On Loss And Longing: How Literature Helped Me Cope With Platonic And Romantic Breakups

Being sad about breakups, romantic or otherwise, is one of the many indignities of living and loving. To love someone is to figure out how to tell their story. And when you finally do, what happens if the other person suddenly has no need for your storytelling? Daring to be happy with someone again takes an awful lot of time. In the meantime, I personally bury my nose in books. Baldwin said, “You think your pain and your heartbreak are unprecedented in the history of the world, but then you read. It was books that taught me that the things that tormented me most were the very things that connected me with all the people who were alive, who had ever been alive.” And no matter how heartbreaking my heartbreaks have been in the past, this nudge from our dying world about my aliveness quotient has never failed to make me want to bounce back again.

The White Book by Han Kang is about death. Fortunately enough, I have never had to experience a friend’s death. Nor did I witness the enormity of the grief Kang talks about here. But when I chanced upon it, my friendship with my best friend of nine years was slowly dying. Kang wrote, “We lift our foot from the solid ground of all our life lived thus far, and take that perilous step out into the empty air. Not because we can claim any particular courage, but because there is no other way.” Even when it felt like my heart will break with a grief so great, I was inevitably pushed forward. To start accepting the slow dying of a friendship, not because anything drastic had happened but because we were growing out of each other, wasn’t courageous of me. Rather, it was just a never-ending wait for adult things to feel less bad.

But what to do with the vestiges of this friendship? What about all the magical anecdotes that could still be pulled out of the various hats we both shared? I went back to Kang’s book for advice and of course, she didn’t disappoint. Kang said, “There are certain memories that remain inviolate to the ravages of time. And to those of suffering. It is not true that everything is colored by time and suffering. It is not true that they bring everything to ruin.” While our friendship came to its logical conclusion, our life together is still something I hold dear. To be completely honest, I am not nostalgic for him, not a bit. But I do yearn for the kind of youthful certainty we believed in together, that life must be good, that it would all fall into place for the better someday.

I discovered Maggie Nelson’s Bluets in 2019 after the man I was seeing decided to go his separate way. Since then Bluets has become a book-sized songbird, reciting the art and antics of loving, I keep in my pocket. With the man I liked, I got enough happiness to know how horrifying it was to lose it. But you can’t will someone into feeling something you want them to feel, so thus began the process of overcoming an omnipresent love. In Bluets Nelson wrote, “For to wish to forget how much you loved someone — and then, to actually forget — can feel, at times, like the slaughter of a beautiful bird who chose, by nothing short of grace, to make a habitat of your heart.” The thought of him not wanting what I wanted for us wasn’t as tough to swallow as the fact that resilient as I was, my survival instincts would kick in any moment, slowly pushing the love I had for him out of memory. As was expected, I sought solace in Bluets. Nelson wrote, “I have been trying, for some time now, to find dignity in my loneliness. I have been finding this hard to do. It is easier, of course, to find dignity in one’s solitude. Loneliness is solitude with a problem.”

“We sometimes weep in front of a mirror not to inflame self-pity, but because we want to feel witnessed in our despair.”

The loneliness of an entirely unanchored heart supersedes the loneliness of clinging on to relationships doomed to fall apart. To know I wasn’t alone, to be discomfited by the nakedness of loneliness, its inability to reel in an audience even when it tries hard to make a spectacle out of itself, was comforting. But having the time to despair over your own loneliness is also a luxury when you’ve emails to circle back to and societal collapse to behold. So, once again I looked to Nelson for answers. In Bluets, Nelson further wrote, “We sometimes weep in front of a mirror not to inflame self-pity, but because we want to feel witnessed in our despair.” The sudden rush of adulthood and the world in general meant I couldn’t afford to be in a state of perpetual mourning or longing, not like there is much difference between the two. What I did instead was, taking a cue from Nelson, I cried in front of a mirror for months. The man I have been talking about all this while has now been reduced to a bittersweet memory in my mind that only drifts to the surface once in a few months. But time and again, I go back to crying in front of a mirror, as tears always help with the obscure sorrows that language is simply too impoverished to bear.

If you want to read more books about heartbreaks, check out 10 Books To Read When You Are Going Through Heartbreak and 5 Comforting Books About Friendship Breakups.