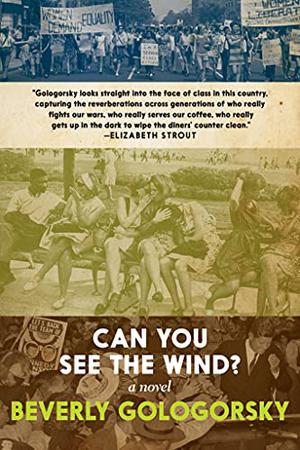 CAN YOU SEE THE WIND? | Kirkus Reviews


Author Gologorsky’s co-protagonists, daughters of South Bronx pizzeria owners, are Josie, recently turned 18, with no college plans, and her older sister, Celia, a seamstress married to Paul, a saxophonist who, amid the waning popularity of jazz, descends into alcohol and drug abuse. Josie is close to her nephew Miles, Celia’s son, until he gets so involved in top-secret radical activities that they grow apart. Miles goes underground after refusing induction into the Army, and after a draft board bombing in which he is implicated, he goes to prison. Josie’s brother Richie enlists and serves in Vietnam, where he reveals himself through his letters. He expresses how useless and irrelevant the anti-war movement back home seems to the troops in country. Landing a hospital job, Josie leaves the Bronx for Manhattan, where she lives with fellow activists. She then moves in with Melvin, a Black student she met during a 1967 peace march in Washington, D.C. After the assassination of Martin Luther King Jr. in April 1968, Melvin joins the Black Panthers, eventually feeling pressured to end his interracial relationship with Josie. With some trepidation, Celia joins the women’s liberation movement after Paul’s desertion. The dialogue is stilted, especially when the young radicals espouse political rhetoric at improbable length in casual conversations. This relatively short book labors to keep track of its populous cast—friends, grandparents, siblings, and progeny—while endeavoring to check all the boxes on the tumultuous political, racial, and social upheavals of the period. The two main characters lack agency, which diminishes the conflict. But perhaps their powerlessness illustrates the impact of the military-industrial complex on working-class people who are far less privileged than many would-be revolutionaries back in the day.