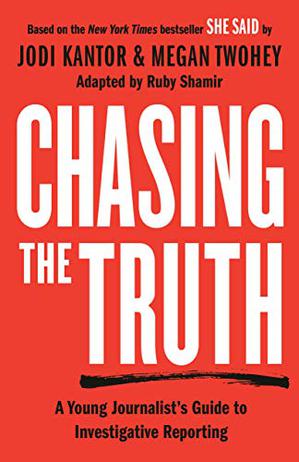 
In 2017, journalist Kantor, who had spent some years unearthing and reporting on corporate gender bias, convinced actress Rose McGowan to talk to her about mistreatment of women in the entertainment industry and, specifically, about an incident with the noted producer. This was the beginning of a monthslong investigation by Kantor and fellow reporter Twohey that culminated in a series of stories that fanned the flames of the #MeToo movement and led to the loss of Weinstein’s job, reputation, and freedom following a court conviction. Adapter Shamir has tightened the narrative in the adult original and focused it more sharply on the reporting of that particular story. This version introduces more background information about the reporters and the reasons behind their methods; removes stories about Donald Trump, Christine Blasey Ford, and Brett Kavanaugh; and includes a final section containing solid advice for aspiring teen journalists. Throughout this fast-paced and gripping account, they show how the process of carrying out this type of groundbreaking investigative work is accomplished. Their eye-opening revelations will inspire and leave an indelible mark on readers.