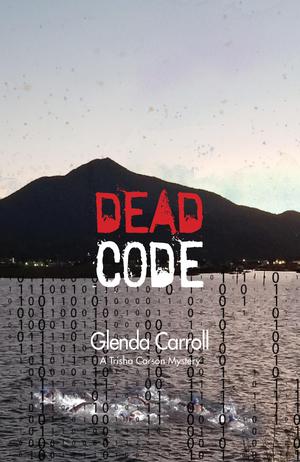 
Trisha Carson leads a relatively quiet life working part time at the San Francisco Giants ballpark. But she’s solved two murders just in the last few years. So when Tyler Stockton, the adult grandson of her live-in landlord, Earl, seemingly vanishes, Trisha’s curiosity kicks into high gear. With a bit of snooping, she’s on to something much bigger than a missing person’s case. What that is specifically, she’s not exactly sure, but it involves a business heavily invested in cyberspying. There’s also a possible link to Earl, who flies and designs drones, which could put him, Trisha, and her dad, Robert, who lives with them as well, in peril. As Trisha digs for information on these cyberspies, she suspects a hacker has somehow bugged her house, made mysterious charges to her credit card, and nosed around on her computer and phone. As if this weren’t enough, Trisha seems to have a new admirer, Burk Dennison, a man who’s fine as “eye candy” but whose frequent run-ins with her eventually become contrived and stalker-ish. Carroll packs this installment with dynamic plot turns. While the enigmatic villains and their initially unclear objective complicate the story, everything makes sense by the end. Trisha’s intriguing personal life fuses well with her amateur investigation. For example, she only recently reconnected with Robert, who abandoned her and her younger sister, Lena, decades ago; this sparks brief but endearing scenes of Trisha and her father on the case together. Though her deductive skills, at least in this novel, rely too much on luck, Trisha proves far smarter and more prudent than the “danger junkie” she believes she is. The author’s pithy writing deftly blends technological jargon with relatable humor, such as the two sisters blaming each other for waking up Timmy, Lena’s 6-month-old son.