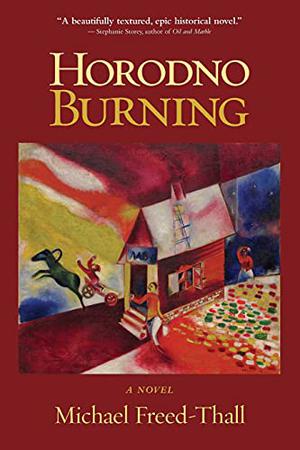 An unlikely love story set amid the horrors of a Nazi death camp.

Based on real people and events, this debut novel follows Lale Sokolov, a young Slovakian Jew sent to Auschwitz in 1942. There, he assumes the heinous task of tattooing incoming Jewish prisoners with the dehumanizing numbers their SS captors use to identify them. When the Tätowierer, as he is called, meets fellow prisoner Gita Furman, 17, he is immediately smitten. Eventually, the attraction becomes mutual. Lale proves himself an operator, at once cagey and courageous: As the Tätowierer, he is granted special privileges and manages to smuggle food to starving prisoners. Through female prisoners who catalog the belongings confiscated from fellow inmates, Lale gains access to jewels, which he trades to a pair of local villagers for chocolate, medicine, and other items. Meanwhile, despite overwhelming odds, Lale and Gita are able to meet privately from time to time and become lovers. In 1944, just ahead of the arrival of Russian troops, Lale and Gita separately leave the concentration camp and experience harrowingly close calls. Suffice it to say they both survive. To her credit, the author doesn’t flinch from describing the depravity of the SS in Auschwitz and the unimaginable suffering of their victims—no gauzy evasions here, as in Boy in the Striped Pajamas. She also manages to raise, if not really explore, some trickier issues—the guilt of those Jews, like the tattooist, who survived by doing the Nazis’ bidding, in a sense betraying their fellow Jews; and the complicity of those non-Jews, like the Slovaks in Lale’s hometown, who failed to come to the aid of their beleaguered countrymen.

The writing is merely serviceable, and one can’t help but wish the author had found a way to present her material as nonfiction. Still, this is a powerful, gut-wrenching tale that is hard to shake off.