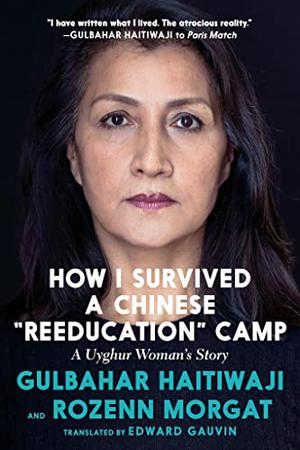 HOW I SURVIVED A CHINESE “REEDUCATION” CAMP | Kirkus Reviews


By 2006, Haitiwaji and her husband, Kerim, began to realize that she and her fellow Uyghurs were being incrementally stripped of their civil rights in her native region of Xinjiang. They moved to France, where life was difficult but livable. Although the couple had been well-paid engineers at an oil company in Xinjiang, they scraped by in Paris, with Kerim working as an Uber driver and the author as a baker and cook. In 2017, pressure by her former employer about her work pension convinced them that it was safe for her to return to sign required paperwork. Not long after she arrived, she was apprehended and interrogated. Photos of her adult daughter in Paris at an anti-Chinese protest for Uyghurs convinced police that she was dangerous. She was branded as a “terrorist,” a fate that has befallen many Uyghurs, who are Muslim and fiercely wary of Chinese authoritarianism. Languishing without a trial for a year, she was eventually sentenced to seven years of “reeducation.” In this urgent and eloquent narrative, the author fashions harrowing depictions of daily humiliations at the camps (so-called “schools”), including rote memorization, senseless interrogation, and violence. After more than two years, pressure by her daughter, who publicized her mother’s ordeal, raising alarm to the highest levels of the French government, agitated Xinjiang authorities. In order to secure her release, Haitiwaji was forced to confess to crimes she hadn’t committed. Despite her courage in the face of a brutal ordeal, it appears that she was one of the lucky ones: Many of the women she met in prison never made it out, and thousands still suffer based on the flimsiest of charges simply because of their ethnicity.