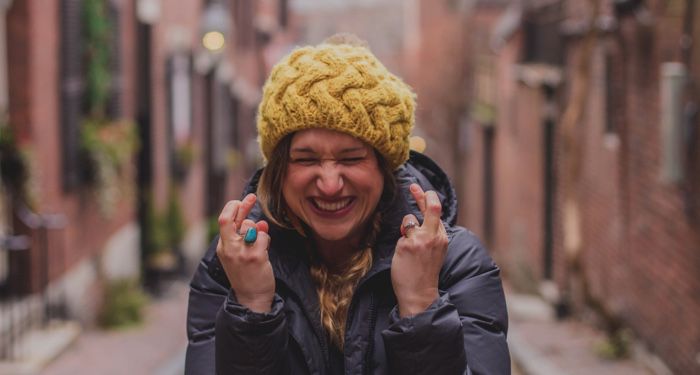 Setting is everything when it comes to a cozy mystery. As readers, we come for the whodunit — but we stay for the protagonist’s interesting profession or the quirky community they belong to.

As a cozy mystery writer myself, I try to keep up-to-date on setting and profession trends. There are still a few settings that I’m surprised haven’t been done yet because they feel full of potential.

Because there are so many wonderful cozies out there and each one its own hook, it can be surprisingly hard to find such settings. My first thought was a mortuary, but after some research, I found Lillian Bell’s Funeral Parlor Mystery series. What I’ve compiled are the settings that I couldn’t find any large series set around but long for because they sound like so much fun.

I’ve read a few romance novels featuring theme park princesses, and each one has been delightful. But what I’d love to see is a character actor solving a locked room mystery where the “locked room” is an entire theme park. I’m not going to do the work of figuring out how or why one might get murdered in a theme park — that’s for you, the theoretical writer — but I imagine there are plenty of answers and all of them are bonkers.

Because my husband is studying theater education, I spend a fair amount of time around theater people. And man, there’s a reason they call their profession “drama.” I think the high-emotion atmosphere around theater would make it a great setting for a cozy mystery, but not on a Broadway-level scale like some series have done — I’m talking community theater, with all its quirks and small-town gossip with a lil’ pinch of murder thrown in.

I would settle for a cozy set around an improv group. They know how to think on their feet, after all.

“But CJ,” I can already hear you saying, “that doesn’t sound cozy at all. That sounds boring.”

Maybe, but picture this: you’re a disgruntled IT support person trying to nudge someone on the phone to at least give turning their computer off and on again a try. Suddenly, you hear on the other line, “I really don’t think that will fix — AH! AH, HE’S GOT ME! HE HAS A KNIFE! IT’S SO POINTY!”

You call 911, of course, but they don’t reach the victim in time and now you’re a witness. You’ve never found much meaning in your job, but now you have a purpose: find the murderer. Just because your phone client was irritating didn’t mean they deserved to die.

You could even pitch it as The Office but with more stabbing. I think it has a lot of potential.

There are already a smattering of vampire-related cozies out there (including one of my all-time favorites, The Vampire Knitting Club), but they’re far from being a “thing,” as they say. I want them to be as big as witchy cozies. I want just-turned vampires trying to manage their new cravings while trying to catch the undead maniac killing civilians around town. I want a married Victorian vampire couple managing an antiquarian bookshop by day and solving paranormal crimes at night — because, y’know, vampires don’t sleep.

It could be that watching so many art heist documentaries when I got my wisdom teeth out was an impressionable time for me (it was the only thing that numbed the pain), but I think an art museum is the perfect cozy setting. Who says cozies have to involve a murder every time? Why not an art restorationist using their academic knowledge to find a missing painting?

To go on a quick tangent, I would also love cozy gentleman thief books to be more of a sub-genre — like fun heists and such that have the feel of a cozy mystery. That could just be because I adore Hayao Miyazaki’s The Castle of Cagliostro, though.

I’ve been thinking about this tweet at least daily for the past six months:

Plenty of cozy mysteries have magical elements. I’m begging for someone to go all in and create something akin to Miss Marple written by Terry Pratchett. Someone convince the Tolkien Estate to approve the Shire one, at least, because I’m tired of emailing them.

Where would you set your dream cozy? So many places, cities, countries to choose from! While you think about that, curl up with these must-read cozy mysteries and read up on how cozies are growing increasingly more diverse.