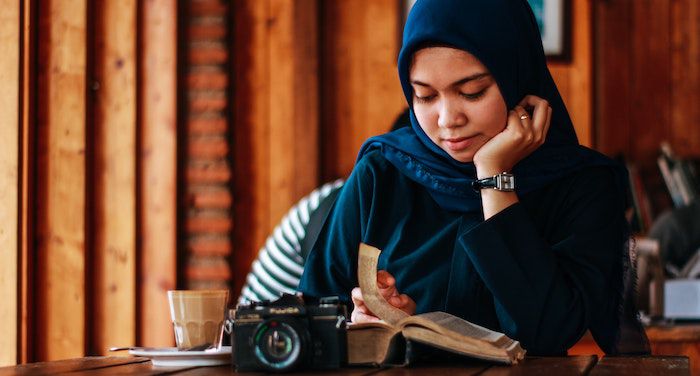 Is YA Leading Diversity in Publishing? | Book Riot


Conversations about diversity in publishing and literature have dominated publishing news for several years now, internationally and across all genres and age groups. Many articles have explored the sad fact that, even well into the 21st century, publishing is still overwhelmingly white-centric, with authors of color less likely to be picked up or paid equivalent amounts to their white counterparts, and BIPOC publishing professionals being underrepresented in the industry at all levels.

In the New York Times article ‘Just How White is the Book Industry?’, Richard Jean So and Gus Wezerek explore the revelations of the #PublishingPaidMe hashtag, started by YA author L.L. McKinney, where authors of colour and white authors compared the amounts they had been paid for advances. It revealed that BIPOC authors were often paid drastically less for the same kinds of work. So and Wezerek dug deeper into the imbalance in the publishing industry, noting that only 11% of books published in 2018 were written by authors of colour, and speculating that this may be linked to the lack of diversity in publishing itself: ‘The heads of the “big five” publishing houses (soon, perhaps, to become the “big four”) are white. So are 85% of the people who acquire and edit books, according to a 2019 survey.

This trend is not exclusive to the U.S.; UK publishing has come under similar criticism, as discussed by Arifa Akbar in her Guardian article ‘Diversity in publishing – still hideously middle-class and white?’. Akbar explores ‘how intransigently white, middle-class (and further up the ladder, male) [the publishing industry] remained, from literary festivals and prizes to publications and personnel’, before looking into recent attempts to rectify this lack of diversity that, to many POC authors and publishing professionals, seem distressingly reminiscent of earlier attempts that stopped short of bringing about any significant structural change.

YA has often been seen as a more diverse area of publishing than adult literature. An essay on Phantom Pen Press argues that ‘With YA books, many more examples of prominent characters with a range of sexualities can be found, and many more leading women’, and that ‘there are few barriers for authors or color or queer authors, who are more likely to write diverse books’. A glance at recent YA literature seems to show a more diverse cast of characters, with POC, disabled and LGBTQ+ protagonists and secondary characters increasingly present in novels published over the last few years, including young Black girls Starr and Bri in Angie Thomas’ wildly successful YA contemporary novels, trans girl heroine Alice in Juno Dawson’s Wonderland, Steffi and Rhys in A Quiet Kind of Thunder by Sara Barnard, and many more. But is YA truly leading diversity in publishing?

Looking at YA publications of recent years, it certainly seems that there is greater diversity, both amongst characters and authors – and these books are enjoying success that counters the argument that “diversity doesn’t sell.” Books like LL McKinney’s The Nightmare-Verse Trilogy, Aiden Thomas’ Cemetery Boys, and Tanya Byrne’s Afterlove feature protagonists and characters with multiple marginalisations, being POC and LGBTQ+, without the stories being focused primarily around overcoming racism, homophobia or transphobia. These authors, and many others, share marginalisations with their characters, or experience marginalisation in other ways. While every marginalised person’s experience is different, and it is possible for authors to write about groups that they’re not part of with dedicated research and the hiring of sensitivity readers, the fact that many marginalised authors writing from their own experiences are being published is heartening, and does seem to support the idea of YA as an area where diversity is being achieved more effectively than in adult literature.

Diversity, of course, does not simply apply to characters’ identities. Meaningful diversity must include systemic change that challenges the publishing industry’s centering of white, cis het, and abled experiences and makes the world of publishing accessible to marginalised authors, editors and people working in all other publishing roles. As So and Wezerek, and Akbar’s articles indicated, the publishing industry is still majority white, middle-class, cis het and abled.

There have been a number of YA-centric initiatives starting up in recent years to promote and champion diversity in publishing. We Need Diverse Books focuses on advocating for diversity in children’s and YA literature, with programmes that include mentorships and emergency funds for authors, grants for publishing interns, awards, anthologies, and much more. Developing out of Ellen Oh and Malinda Lo’s hashtag #WeNeedDiverseBooks, this non-profit organisation was founded by a team of writers, illustrators, and publishing professionals, including Oh, and has the mission statement of ‘Putting more books featuring diverse characters into the hands of all children’. The WNDB website includes statistics on the current lack of diversity both in books and in the publishing industry, and its programmes aim to address this imbalance and bring full diversity to publishing.

There are initiatives with similar aims outside of the U.S. In the UK, publishing house Knights Of was set up with a commitment to promoting diversity in children’s and YA literature, having recognised a widespread lack of diversity in the industry. As their website notes, ‘Diverse’ books are often shelved as ‘niche’ while less than 4% of the publishing workforce in the UK is non-white. With the rallying cry of #BooksMadeBetter, Knights Of is dedicated to publishing books by diverse authors, and also to recruiting and supporting publishing professionals who are POC or who face other marginalisations. The organisation Inclusive Minds works with authors to ensure accurate and sensitive representation of diverse characters in literature, as well as providing diversity and inclusion training within the world of publishing.

However heartening as the work of these initiatives may be, is YA truly as diverse as it seems? It’s important to remember that L.L. McKinney, creator of the #PublishingPaidMe hashtag, is herself a YA author; the stories collected under the hashtag did not reveal that YA was significantly more committed to fairly rewarding authors of colour than other areas of publishing. In 2018, The Guardian published the article ‘’Dire statistics’ show YA fiction is becoming less diverse, warns report’, which notes that ‘7% of titles published in 2006 were by [authors of colour], this had dropped to 6% in 2016, after reaching a high of 14% in 2008. The number of books written by authors of colour fluctuated between 25 and 64 titles per year’. The diversity initiatives that do exist, while doing stalwart work, are up against a very conservative industry, where, as McKinney notes in So and Wezerek’s article, “I’ve heard things like, ‘We already have our Black girl book for the year.”

Additionally, while many POC, LGBTQ+ and disabled authors have flourished in YA, this has, at times, been a double-edged sword. Several marginalised authors writing adult literature have spoken out about their books being automatically classified as YA, when in fact the target audience is significantly older. Author Elizabeth May has categorically stated that her space opera novel Seven Devils, co-written with Laura Lam, is not YA: ‘This is not a YA duology; this is very much adult, with adult characters’. Despite this, it is frequently referred to as YA, and is tagged as such on Goodreads. Reviews of RF Kuang’s The Poppy War also show that it has been picked up by readers expecting a YA fantasy; however, while YA can certainly contain violence, the novel’s no-punches-pulled description of war crimes based on those committed during the Nanjing Massacre push it firmly into the adult category. While some of the confusion over books like The Poppy War may be because the protagonists are teens or young adults, it is also apparent that SFF authors who are women, particularly LGBTQ+ or women of colour, are often pigeonholed into the YA category, their work dismissed from the ‘serious’, adult end of the speculative fiction genre.

While diversity initiatives and individual authors’ successes are highly significant, it seems that YA still has a way to go in order to be truly diverse. Meanwhile, other areas of literature, such as adult fiction, may not be as far behind YA as one might initially think.

How Diverse is Adult Literature?

The focus on diversity in YA has been strong, perhaps to the detriment of other areas of literature that have also been making strides with regards to diversity. By focusing so closely on efforts centred around YA, publishing news has often neglected other programmes and initiatives that aim to increase diversity – but they still exist, and are having significant impact.

Lifestyle platform Black Ballad partnered with Hachette, Curtis Brown Creative, and other publishers and members of the publishing industry to create #BBBookFest21, a book festival centred around workshops and discussions relevant to Black women authors and publishing professionals, including a panel on ‘How Black Women Get Published’ for aspiring Black women writers. FIYAH Literary Magazine has been publishing sci-fi and speculative fiction by Black authors since 2017, and its inaugural FIYAHCON took place during the pandemic, featuring dozens of panels from authors of colour talking about their craft and genres; a stark change from conventions where POC, LGBTQ+ and disabled authors are often approached solely to talk about diversity in literature, if they are invited at all. 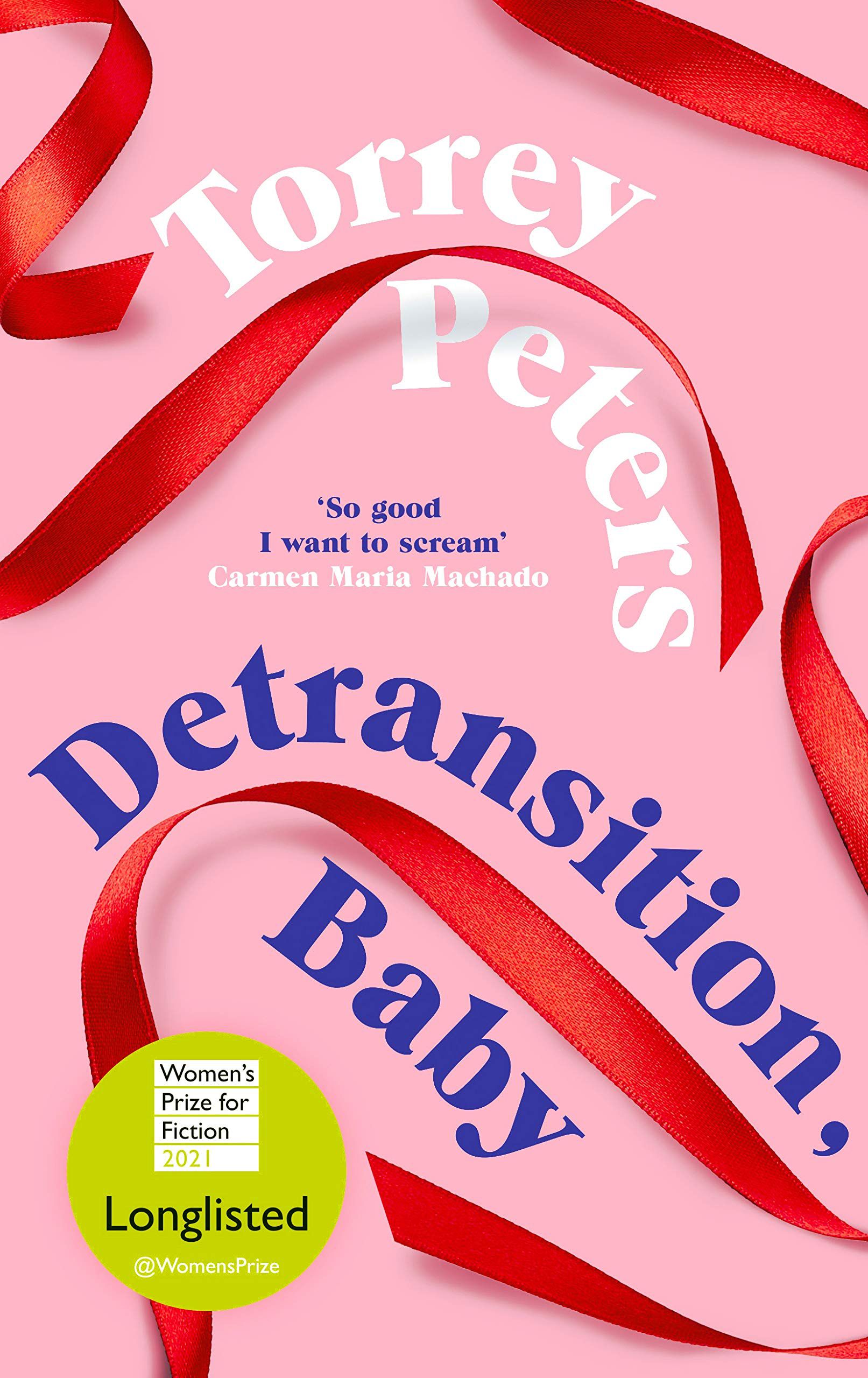 Several literary prizes have also been created to counter the tendency of adult literature, and in particular the “literary” branch of literature, to focus primarily on work by straight, white, abled men. The Jhalak Prize, set up in 2017, is a UK literary prize which ‘[seeks] to celebrate books by British/British resident BAME writers’. (The term BAME has a comparable meaning to POC, although some people of colour have spoken out against the term, arguing that it is reductive and problematic.) The Women’s Prize for Fiction was set up in 1991, when none of the novels shortlisted for The Booker Prize were by women; in 2021, Detransition Baby by trans woman author Torrey Peters was longlisted for the prize, and The Women’s Prize stood firm in their decision to include a trans woman in the category of women authors despite a vitriolic campaign from anti-trans groups to have the book disqualified.

Despite the work of organisations and individuals towards increasing diversity in all areas of literature, it is clear that the publishing industry still has a long way to go before it can truly be considered diverse, equitable, and accessible for all. While great strides have been made both in YA and in adult literature, the success of existing initiatives and some individual authors cannot be used as an excuse for the industry as a whole to become complacent. Publishing needs to continue the day-to-day work of dismantling the conservative and homogenous power structures that exist within it, ensuring that marginalised people get seats at the table at all levels, and in all areas of literature.

For more background on the issue of diversity in publishing, read What Are Publishers Really Doing to Diversify? For an exploration into the impact of a lack of diversity, look at How Underrepresentation Affects Racial Narratives and American Kids.