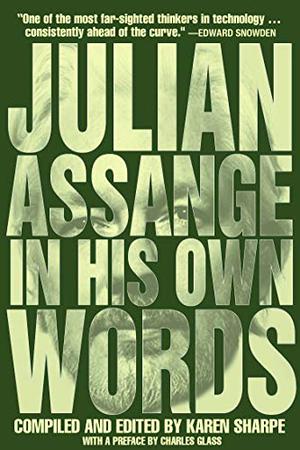 JULIAN ASSANGE IN HIS OWN WORDS | Kirkus Reviews


Clinton or Trump? Says Assange, holed up in the Ecuadorian Embassy in London at the time, “Well, you’re asking me, do I prefer cholera or gonorrhea?” It’s a characteristically inapt comparison. The reason Assange took refuge in the Ecuadorian Embassy in the first place was to escape extradition to Sweden to face charges of rape (later dropped), which makes his musings on “the ideal man” a touch suspect: “It’s someone who has the courage of their convictions, who doesn’t bow to pressure, who doesn’t exploit people who are weaker than they are, who acts in an honourable way.” Volume editor Sharpe lauds Assange for his courage in performing such acts as dumping documents via WikiLeaks concerning the Clinton campaign just before the 2016 election. (To be sure, many readers will ask, why not the Trump campaign?) Risibly, Sharpe also likens Assange to British poet Wilfred Owen, who died in World War I after having decried “the old lie” that it is sweet and noble to die for one’s country. If hiding behind closed curtains is comparable, she may have a point; otherwise, not. Assange’s defense of WikiLeaks, which specializes in publishing government and corporate documents, as the “rebel library of Alexandria” seems off, too, unless Alexandria has been transported to Moscow. (Why no data dumps of Russian secrets? Curious minds want to know.) “Truth, ultimately, is all we have,” Assange pronounces, seemingly not pausing to consider whether his truth is not a partial thing. But then, even as he prides himself on being a courageous journalist, he lauds partiality in another strange comparison: “To be completely impartial is to be an idiot. This would mean that we would have to treat the dust in the street the same as the lives of people who have been killed.”