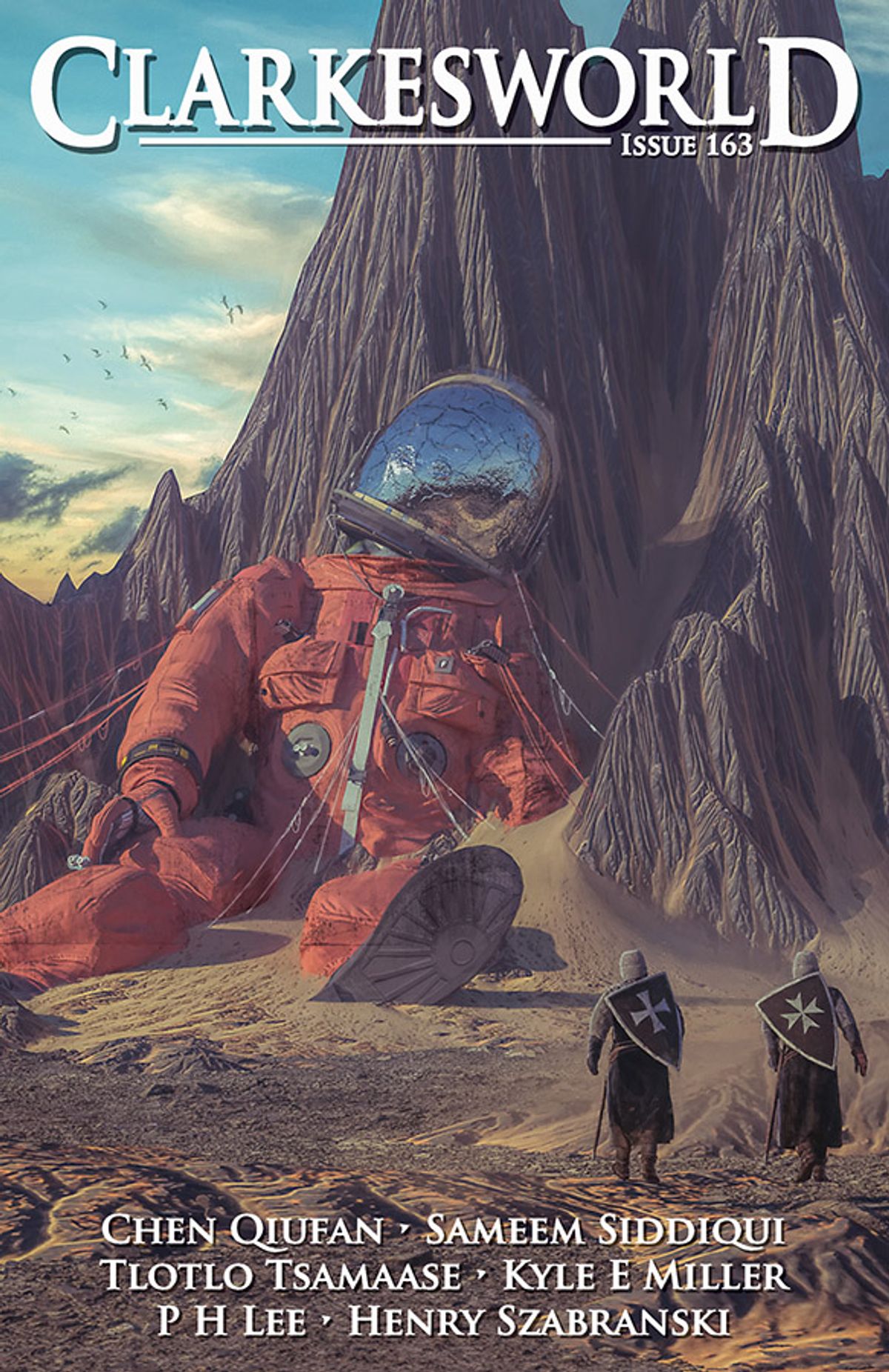 
Non-Binary Authors To Read is a regular column from A.C. Wise highlighting non-binary authors of speculative fiction and recommending a starting place for their work.

Welcome to the December 2020 edition of Non-Binary Authors to Read. It’s been quite the year, hasn’t it? Despite everything though, reading has remained a comfort for me, and I hope it has for you as well. To that end, I have four stories to offer up as recommendations. They are stories of longing, bittersweet relationships, but also hope. I wish you all a restful end to the year, and may 2021 bring you many more delightful books and stories to read.

P.H. Lee is an author with multiple short stories to their name, however my recommended starting place is “Distant Stars” published at Clarkesworld in April 2020. Struggling with grad school and finding a job is the final straw that leads Sarah’s marriage to fall apart, with her wife Martha getting custody of their son. Fast forward several years – Sarah is about to receive a Nobel Prize, Martha is remarried, and their son is about graduate high school. A scientist in Taiwan contacts Sarah, intrigued by her theories about Dark Energy, and while Sarah is in Hsinchu working on her theories, her son calls to let her know that Martha has passed away suddenly and unexpectedly.

The story is relatively short, but packed with emotional weight. Sarah’s studies in Dark Energy and relativity pair with a story about family, how the trajectory of people through their lives affects those around them, and how distances can grow between you and those you love the most, no matter how hard you try to hold on. And sometimes, there is no rational reason as to why. It’s a melancholy story, but beautifully written, with Sarah’s struggles to understand the nature of the universe reflecting her struggles to understand her own family and herself.

B. Pladek is a literature scholar and author. My recommended starting place for their work is “What the Marsh Remembers” from Lackington’s Issue 22. After the war, Randall is assigned to Clearwater Marsh as a Restoration Officer, trying to bring back the scorched land to condition where it might draw tourists again. Rand’s efforts at restoration are interspersed with his memories of the war, of learning about the marsh and its inhabitants from his fellow soldier, John. Both were injured in the war, and assigned to separate restoration locations, despite their request to be assigned together. The BER is unwilling, however, to see beyond whatever is most expedient to make things tourist-friendly.

As Rand’s shadow lengthened over the new rushes, he tapped into the water table below the bedrock. Refilling the marsh had been his core mandate. Put the water back where it was, the Bureau’s brief had said. Add whatever species you like, whatever looks natural, so long as it’s not extinct or too ugly. Remember, we’ve got brochures to print.

The story is a lovely exploration of memory, as well as a frustrating look at bureaucracy. Those who truly care about the land – Rand and John – are limited in the good they can do by their employer who cares only about what is “good enough” to call the job done. There’s an air of longing and melancholy to the story, and the feeling that Rand and John may be more to each other than friends, but can’t speak their feelings aloud. The story also explores the question of who benefits from restoration efforts, and what sort of idealized state of nature is being honored. The bureau’s efforts are aimed at doing what is pleasing and beneficial to human beings, whereas Rand is one of the few to ask – and ultimately to try to honor – what the marsh remembers, and what state it would be in without human interference.

Iona Datt Sharma is an author and lawyer based in London. My recommended starting place for their work is “Heard, Half-Heard, in the Stillness” published in Anathema Magazine. Ekta dreams of going to space. She has since she was young, and was even selected for Human Spaceflight Programme, however an accident during a routine test causes a terrible fire that destroys half the facility where she works at the IAF, and the program is cancelled.

Ekta’s Dadi could tell the future. She didn’t read the tea leaves, or make horoscope charts, or lay bets on the cricket. But she booked the photographer the week before the news came of Purnima Didi’s engagement. She told the panditji to get his blood pressure checked before he told anyone he was short of breath. The day before the Human Spaceflight Programme was suspended, she called Ekta in Sriharikota and said she should come home.

Ekta is understandably heartbroken. She returns home to celebrate Diwali with her family, but it’s hard to celebrate when everything reminds her of space and the journey she assumes she will now ever get to take. The story perfectly captures the idea of having to reorient and rethink your entire life after the goal you have worked towards for so long suddenly vanishes before your eyes. For all that, however, this is still a story about hope, family, and learning to see things in a different way. By learning to appreciate her mother’s wisdom and her way of seeing the world – a way that often seems very distant from Ekta’s experience of life – she learns to have hope again, and forge a new vision for her future.

Xan van Rooyan is a South African author currently based in Finland. My recommended starting place for their work is “The Order of Stolen Hearts” published in Apparition Lit in May 2020.  Zia is part of the order of Solomonari. Once upon a time, they were hunters, risking their lives to transform themselves into winged, horned, and scaled creatures by defeating great beasts, taking their hearts, and gaining their powers. Now, however, the order keeps an array of cloned beasts caged so acolytes can take their power without having to fight. Zia alone seems troubled by the new way of doing things, feeling that magic is too cheaply obtained now. At the same time, their own heart is failing, and their lover Ilie encourages them to take on a cloned beast heart as a replacement.

Two hundred years, ago I went hunting for the monster from which I would steal a heart with nothing but my courage and a dagger. Two hundred years ago, a fresh heart and the magic within it was a reward for tenacity, an honor earned through blood by those few truly worthy of the title Solomonar. My right shoulder throbs with the memory of my battle on the mountain, the pain spreading to the dozen other scars from fangs and claws etched across my skin. I am old. I am bitter.

“The Order of Stolen Hearts” offers up an interesting exploration of the cost of magic, versus scientific progress. Is it fair for the cloned beasts to suffer in place of the beasts in the wild? Is the new system better because fewer lives are lost, or is the whole Solomonari way of life cruel? What is magic worth if it costs the user nothing? The story is full of striking imagery as it explores these questions, and the impact humanity has on the world around it.

A.C. Wise is an author whose fiction has appeared in publications such as Clarkesworld, The Dark, and Tor.com, among other places. She has two collections published with Lethe press, and a novella forthcoming from Broken Eye Books in spring 2018. She’s been a finalist for the Lambda Literary Award, and a winner of the Sunburst Award for Excellence in Canadian Literature of the Fantastic. In addition to her fiction, she also contributes a monthly review column to Apex Magazine. Find her online at www.acwise.net and on twitter as @ac_wise.