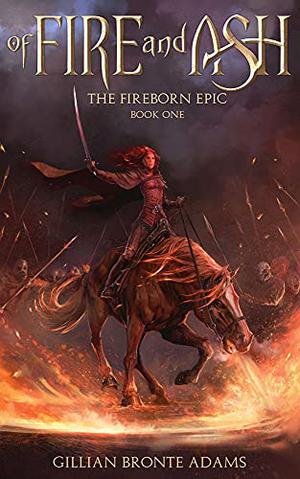 OF FIRE AND ASH | Kirkus Reviews


From the These Violent Delights series

New monsters terrorize Shanghai amid political upheaval and the reignition of the blood feud between the Chinese Scarlet Gang and the Russian White Flowers.

The death of Marshall Seo unleashed a new wave of violence, but when a mysterious figure wielding control over more deadly-insect–releasing monsters begins extorting money from both gangs, their leaders agree to temporarily cooperate in the interests of eliminating a mutual foe. They order their respective heirs to find the blackmailer, and so, once again, Roma Montagov and Juliette Cai must work together for the benefit of those under their protection. But their feelings for each other—complicated by hidden truths, lingering love, and unforgiving duty—prove difficult to repress. Meanwhile, the time of revolution draws near: Workers continue to organize protests decrying both foreign occupation and gangster rule as the Nationalist Army marches toward Shanghai in its campaign to unite and reclaim the country. Secrets abound and loyalties are tested in this tightly plotted sequel featuring a multinational cast and told through multiple third-person perspectives, including those of supporting characters introduced in These Violent Delights (2020). Stubborn Rosalind, obliging Kathleen, and grief-stricken Benedikt all return to play vital roles that blend seamlessly into Roma’s and Juliette’s storylines as they each are forced to consider what it is they truly want and the lengths they will go to protect it.

Star-crossed lovers carve their own paths in an explosive conclusion that lives up to its title.