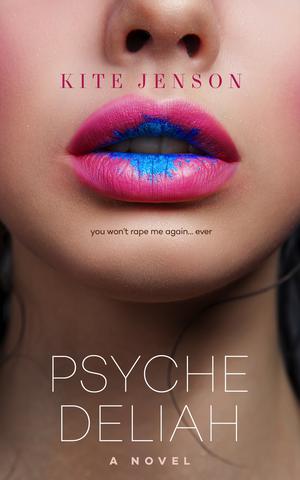 
A debut suspense novel charts the disappearance of a disenchanted former wife and the slow reveal of her furtive, fetishized sex life.

Jenson’s dynamic tale chronicles the troubled marriage of Paul and Deliah, a six-year union that has pretty much run its course. Sexually, Paul, nearly 30 years old and a self-described “vanilla boy of supreme proportions,” has been rigidly faithful and more than willing to please his struggling actor wife. But Deliah’s orgasms have always been a rarity and leave her unsatisfied and her husband feeling inadequate. Finally, she decides she’s had enough and leaves Paul via a kitchen-counter Post-it, and their life together in Southern California dissolves in a swirl of divorce papers. Abandoning his video game designing job, Paul sells his condo, buys an RV, and becomes obsessed with finding Deliah through a complex, mysterious labyrinth of whispered leads and tips; extramarital adventures; secret histories; and hidden pasts. There’s also plenty of action in a series of warehouse sex clubs where bondage rituals increase in intensity, which lends the story a kind of graphic, raunchy edge of fetish erotica. Paul tries to extract answers from John Laster, the last individual to personally interact with Deliah. But John delivers tragic news and further ignites Paul’s determination to avenge his ex-wife’s disappearance. Soon, a slinky submissive named Alex appears on the scene and is immediately thrust into a “slave” role, dutifully pleasuring Paul, whom she refers to as her new “Master.” It becomes a part Paul eventually makes peace with and ultimately relishes as his attraction to Alex deepens and she feels comfortable enough to reveal her identity as transgender. A strong undercurrent of vigilante justice, sex trafficking, rape, and abuse runs beneath the tale and shows Paul to have become quite a formidable presence when compared with the man he once was as Deliah’s husband.

Though at times the prose is overly stylized—a deceived Paul laments that “all my accumulated knowledge had been distorted and manipulated, baked in the oven of delusion”—the narrative remains unapologetic for its sheer sense of bawdy sexuality and an unrestrained depiction of BDSM master and submissive play in “full bondage regalia.” The disorienting surprise and confusion when attempting to understand a loved one who turns out to have a secret life are also handled with realistic frenzy, apprehension, understandable anger, and just a touch of suspense. The story is further energized by the main character’s realistic and unrehearsed dialogue, believable actions toward finding his ex-wife, and his slowly revealed, abusive childhood. The dark novel succeeds on several levels. As an erotic thriller, it includes lots of vividly aggressive, sexually explicit details of both the fetish clubs’ scenes and Paul’s lovemaking with Alex. And as a noir suspense novel/mystery, it features a well-paced plot and a simmering momentum. As the protagonist, Paul is believable as a desperate man eager to rekindle his marriage to a gorgeous woman who is clearly out of his league. He is a character who becomes increasingly self-aware as the story progresses, discovering more and more about himself as a man, a former husband, and a sexual being in ways he’d never imagined.