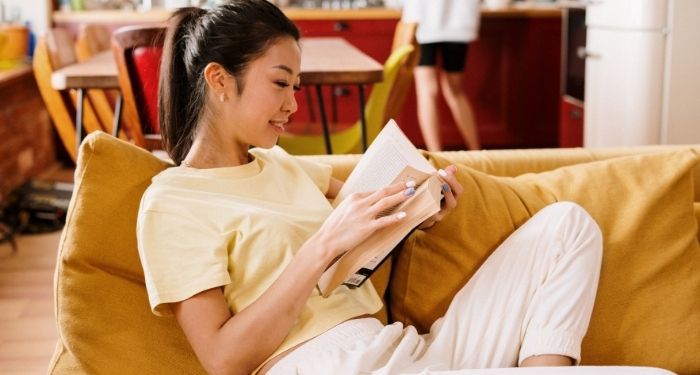 Quiz: How Many Classics Have You Read? | Book Riot

How many classics have you read? Some classics so dense, they need a study guide to understand. Others are filled with references practically lost to time. Many are incredible, though, or we wouldn’t consider them classics. The holidays are a perfect time to dive into classics. You have some time off work. The house is decorated, a fire is burning in the fireplace, and you’re stuck inside. That makes it the perfect time to curl up with a blanket, a warm drink, and a classic book you’ve been meaning to read for the last decade.

This big question always comes up in literary circles. For that matter, what is a classic? Well, it needs to be at least a little old, though that word is subjective. It needs to have a lasting impact, though I’m not going to use any academic definitions of the western canon. Frankly, the western canon is far too white and male, and there are many overlooked classics from women and BIPOC writers.

Maybe you’re preparing to answer this question at a holiday party. Maybe you’re just trying to figure out your next classic read. Either way, give this quiz a spin. From 1984 to Wuthering Heights, see how many of this not-at-all exhaustive list that you’ve read.

Now you can brag about how many classics you have read. If you still need some recommendations for classic books, check out our lists for modern classics, short classics, classics by people of color, and classics by women!

A Raisin in the Sun by Lorraine Hansberry

A Room of One’s Own by Virginia Woolf

A Wizard of Earthsea by Ursula K. LeGuin

A Wrinkle in Time by Madeline L’Engle

And Then There Were None by Agatha Christie

Anne Frank: A Diary of a Young Girl by Anne Frank

If Beale Street Could Talk by James Baldwin

Little Women by Louisa May Alcott

Love in a Fallen City by Eileen Chang

One Hundred Years of Solitude by Gabriel Garcia Marquez

Our Nig by Harriet E. Wilson

Pride and Prejudice by Jane Austen

The Adventures of Huckleberry Finn by Mark Twain

The Awakening by Kate Chopin

The Count of Monte Cristo by Alexander Dumas

The Grapes of Wrath by John Steinbeck

The Iliad by Homer

The Lord of the Rings by J.R.R. Tolkien

The Round House by Louise Erdrich

The Weary Blues by Langston Hughes

Their Eyes Were Watching God by Zora Neale Hurston

To Kill a Mockingbird by Harper Lee

War and Peace by Leo Tolstoy