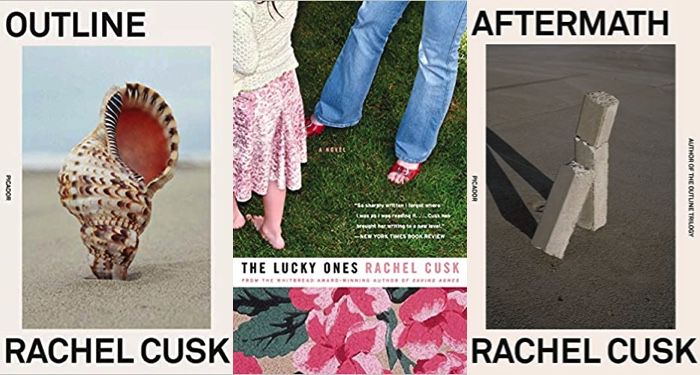 With Rachel Cusk’s Second Place earning a place on the Booker longlist in July, it seems like a good time to look the Rachel Cusk’s other works, which span fiction and nonfiction, exploring themes of femininity and the place of women. Cusk is a master of social satire and has poured effort into pushing the boundaries of her own ideas, producing brilliant autofiction along the way. Cusk tackles subjects like marriage, divorce, and motherhood from her own point of view in autobiographical formats, while her broader work considers love, marriage, intimacy, and what makes a home.

Cusk was born in Canada to British parents and spent her early childhood in Los Angeles before moving to the United Kingdom when she was about 7. Her family was both Catholic and wealthy; Cusk was educated at a convent in Cambridge and then attended Oxford to study English.

Cusk is not without her detractors. When she wrote A Life’s Work: On Becoming a Mother in 2001, she left the rose tinted glasses firmly on the shelf, detailing the difficulties of pregnancy and the rigmarole of antenatal classes, parenting books, breastfeeding and sleepless nights. She referenced the disintegration of herself in the pursuit of looking after a small baby (while pregnant with a second) — and some of the audience for the book accused her of hating her child.

Cusk’s The Last Supper: A Summer in Italy also created trouble for its author. A summer in Italy with her family was intended to be a relatively harmless travelogue, but early editions were pulped when someone recognised themselves and threatened to sue Cusk for libel.

Cusk has something of a reputation for being too interested in herself, and for being both angry and negative — reputations that never seem to fall on the shoulders of men who write difficult memoirs. Her 11 novels and four works of nonfiction have their thumbs in many pies and it’s hard to know where to begin and how to find a way through if you’re brand new to her.

Here’s my suggestion for a Rachel Cusk reading pathway.

If Cusk had been accused of being too self-involved for her memoirs, Outline cast a blow on that criticism. An English writer Faye travels to Athens to deliver a writing workshop. On the plane she meets a Greek bachelor who tells her of his marriage failures, and when she lands in Greece she meets a colleague from the writing school who also tells her about his life. Chapter by chapter, Faye meets people who talk to her, but her own voiceless isolation makes her an unfilled shape — the outline of the title. Part of a trilogy followed by Transit and Kudos, second and third installments which demand that we look more closely at Faye and hear her properly. The whole trilogy is worth it, but Outline is a great starter for Cusk. 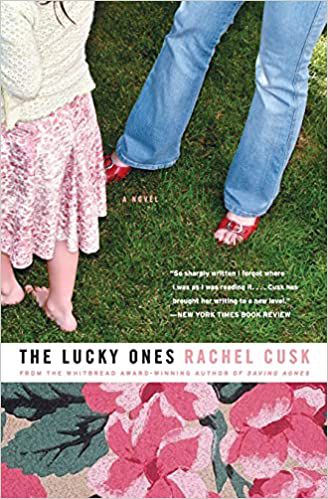 The Lucky Ones by Rachel Cusk

A swing in the opposite direction is The Lucky Ones, a seeming collection of short stories with tenuous connections to one another, featuring inmate Kirsty who gave birth in a squad car, Mrs Daley who struggles with her own self-importance as her daughter suffers, and the unnamed woman who revisits her childhood home seeking succor. Cusk ties all of these stories together at the finish, but it’s a great little collection about family. The voices are passive as the characters grind through their complex lives — it’s a book of words not deeds, which is so often how we survive family. 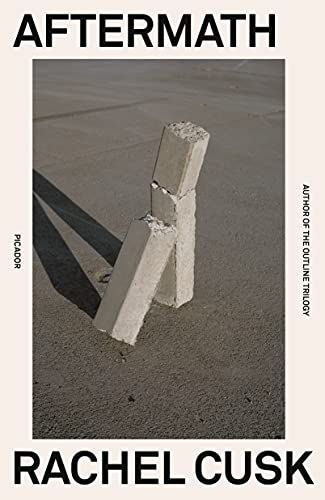 Aftermath: On Marriage and Separation by Rachel Cusk

The criticism levelled at her memoir work could also have been applied to Aftermath, which considers Cusk’s divorce. She prefaces the story with an assessment that it is hers, not ours — and that she is not demanding that we approve or disapprove. Essentially, she insists that she owes her reader nothing — which is refreshingly honest, as Cusk often is. Her treatment of the legalities of her divorce is sparse (perhaps a careful effort to avoid privacy breaches), but the day-to-day experience of the aftermath of her marriage is oddly harrowing for the observing reader. In the dentist, in her solicitor’s office, Cusk coolly examines the remains of disaster. “Why had I destroyed my home?” She asks at one point. This is well worth the read.

Cusk isn’t for everyone; the criticism levelled against her come from the strong emotions that she originates in her readers. To a large extent she suffers from existing as a female writer telling hard truths. People who read her have variantly sought some sanitation from her, insisting that she is too negative, too angry, too cruel. But good writers create big emotional responses — and memoirists like Cusk shine a rather narcissistic light on themselves, pulling apart the pieces for clinical examination. She is, without question, one of the most interesting writers around today.