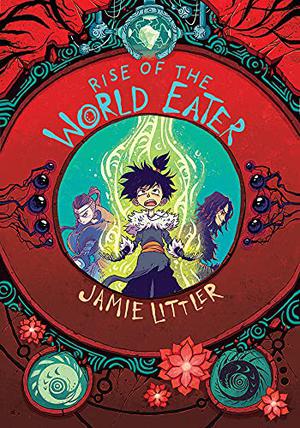 
As Cmdr. Stormbreaker leads the Pathfinders into fruitless war, the villainous Shaard, leader of the Wraiths, manages to free the Devourer, the corrupted Leviathan that steals the essence of everything around it. The Devourer quickly begins its rampage, leaving ruin and death in its wake as it makes its way to Aurora, the greatest Stronghold in the Snow Sea. Stormbreaker’s immense hatred for Leviathans fractures any hope of an alliance despite Ash’s protests, further stalling a much-needed reconciliation with her son. When Stormbreaker attempts to seize control of the Frostheart, Ash and the crew flee toward the Sacred Yeti Lands, where an Ancient Leviathan heart—a powerful last hope to defeat the Devourer—is rumored to be. Yet within the Yeti Lands await many truths about Ash’s faithful yeti guardian, Tobu, as well as revelations about the World Before, forever altering the path that stretches before the young Song Weaver. Tightly paced and skillfully woven, Littler’s conclusion to the Frostheart trilogy offers readers another memorable adventure from the first page, delving deeper into the rich lore of this fantastical world with great results. Above all, the continued emphasis on friendship, community, and love reverberates, bolstered by its charismatic cast of characters. The author’s lively artwork, meanwhile, remains a lovely visual companion to the text.