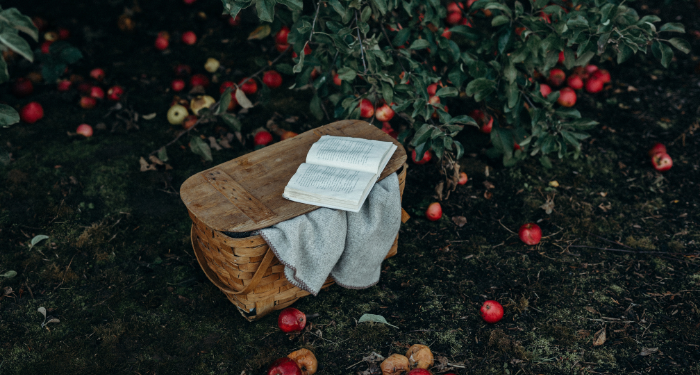 
I love retellings. Maybe that’s no surprise with how often I’ve written about them here for Book Riot, but it’s true. People have been retelling stories for as long as storytelling has existed, from Chaucer to Shakespeare. (Both of whom, incidentally, have written versions of the story of Troilus and Cressida. Just goes to show.) It’s part of how we keep stories alive and relevant for a new generation, even as we sometimes continue to enjoy the originals. Even Disney, who created the animated versions that for many of us are the first example of fairytales to come to mind, has had a role in these reimaginings.

Retellings have so much ground to play with in thinking about how best to reinvent a classic story, but one of my favorite aspects is the ways in which retellings play with gender. Especially for fairytales and stories that have been passed down from long ago, the gender roles depicted can be very normative and sometimes even problematic by our modern standards. The evil stepmother and wicked witch (in addition to the sometimes antisemitic connotations of the latter) feel overdone. If we have female villains, we want interesting female villains. We want to see men in need of being as rescued just as much as doing the rescuing, and vice versa.

The beauty of retellings is that we can have all of those things and more! The princess can do the rescuing and the swash-buckling pirate can be a woman setting out to save her kidnapped love. And we see all that and more in these twelve retellings of fairytales and classic novels, some of the best gender-flipped retellings out there. Don’t believe me? Just check them out for yourself. 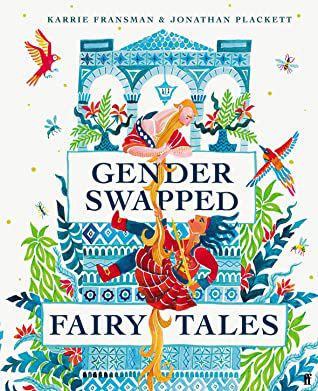 I’m obsessed with this collection of gender swapped fairytales from artist Karrie Fransman and Jonathan Plackett. Plackett created an algorithm to swap instances of ‘he’ to ‘she’ and ‘son’ to ‘daughter’ while keeping the stories exactly the same. Their website says these stories “shine a light on the gender binaries in language.” And the illustrations are absolutely stunning works of art in their own right. 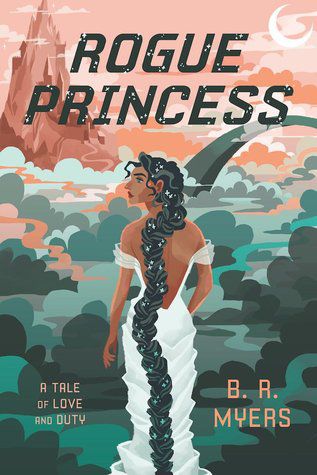 Rogue Princess by B. R. Myers

Not only does this story flip the script on the classic Cinderella story, making the prince a princess and the servant a stowaway, it also sets it in space. Yep, that’s right: it’s a sci-fi Cinderella retelling. After stealing a spaceship to avoid the marriage Princess Delia knows she must make, hoping for true love instead, she discovers a thief stowed away on the royal ship. A runaway princess and stowaway thief might make an unlikely match, but sparks fly on this journey through the stars, even as Delia and Aidan discover a conspiracy that could destroy their failing planet. 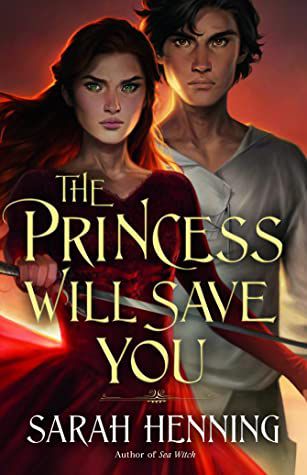 The Princess Will Save You by Sarah Henning

What if, instead of the Buttercup being kidnapped in The Princess Bride, Wesley had been taken instead? I guess that might make this more of a role reversal than a gender reversal, but seeing as how their respective storylines are completely flipped on their head by this shift, I think it is still in line with the way in which a gender flipped retellings reimagined a classic story. And come on, I mean a story inspired by The Princess Bride? You know I’m here for that! 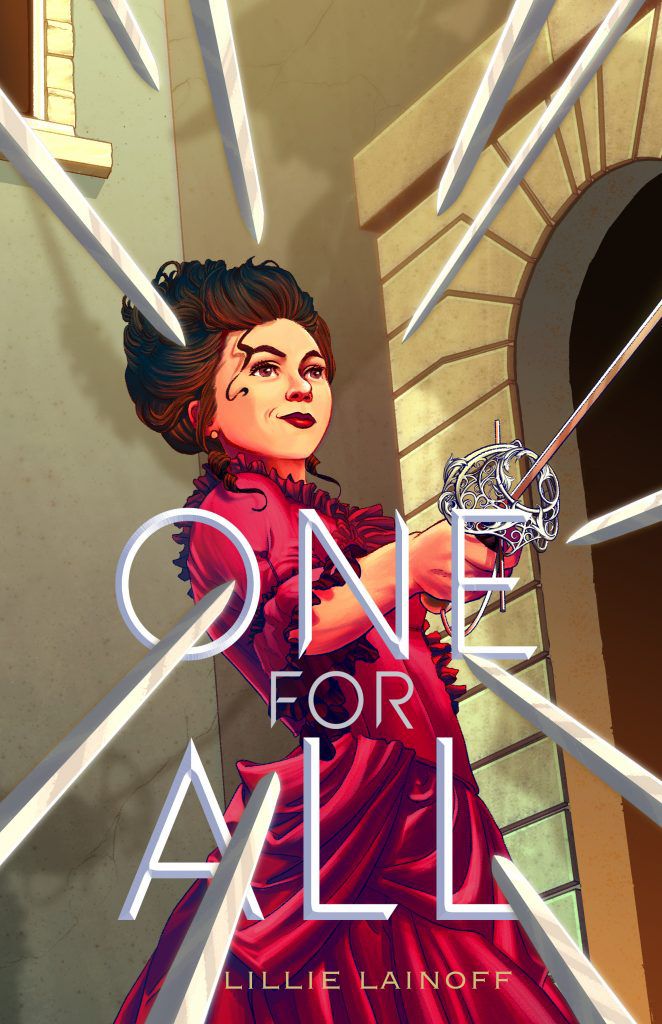 One for All by Lillie Lainoff

This gender-bent Three Musketeers retelling from debut author Lillie Lainoff not only features a band of swordfighting women, but a main character with POTS. Tania de Batz longs for a sword in her hand with dreams of becoming a Musketeer like her father. But her near-constant dizziness leaves everyone underestimating her, writing her off as a weak and sickly girl. It’s only when she’s sent to finishing school at L’Académie des Mariées that she discovers her true calling. The school, under the guise of tutoring well-to-do young ladies in society’s ways, is actually a training ground for a new type of Musketeer: socialites with daggers strapped under their skirts and swords always close at hand. 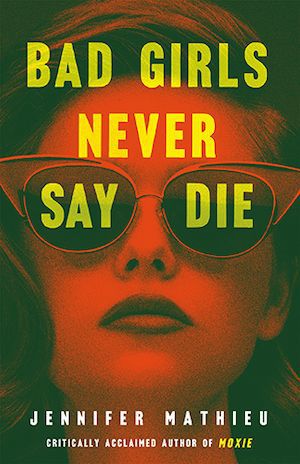 This gender-flipped reimagining of The Outsiders is an ode to female friendship. In 1960s Houston, Texas, Evie and her band of bad girls have always lived by a code: protect your own. So when she’s saved from a sinister situation by a good girl from the “right” side of the tracks, everything she thinks she knows about being bad is called into question. 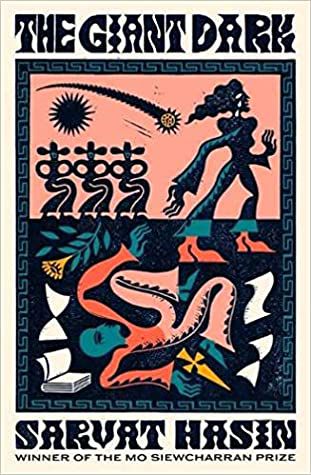 The Giant Dark by Sarvat Hasin

In a loose retelling of the myth of Orpheus and Eurydice (you know, that one from Hadestown), this story features a rockstar with a cultish fanbase and the lover that follows her on tour. As Aida disappears into this complicated affair with Ehsan, her fans are determined to uncover the truth, even as lies and jealousies from their past begin to unravel the feelings between the two. 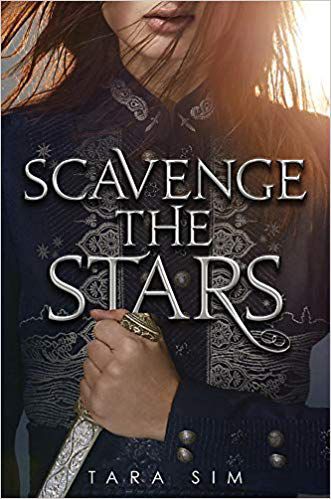 Scavenge the Stars by Tara Sim

Retelling: The Count of Monte Cristo

Amaya expects to be punished for rescuing a mysterious man from drowning, serving an even longer sentence on the debtor ship she’s been captive on for years. Instead, he offers her untold riches and a new identity. But maintaining a secret identity sets her down a treacherous course across the coastal city-state of Moray, seeking revenge on the man who ruined her family and stole the life she once had. 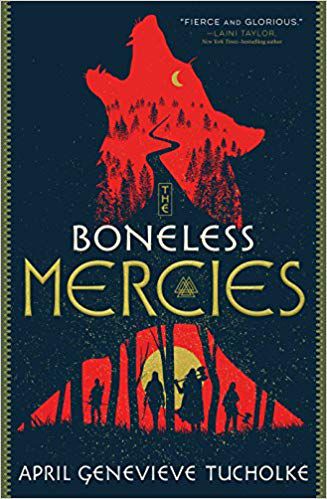 The Boneless Mercies are hired to kill quietly and efficiently. Frey, Ovie, Juniper, and Runa count themselves among these women in search of glory. But Frey, raised on the heroic stories of her people, longs for a life outside of killing. When they hear tell of a monster terrorizing a nearby town, Frey believes it could be their chance to get out of this trade once and for all. 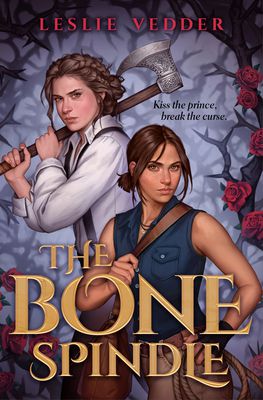 The Bone Spindle by Leslie Vedder

Any story described as Sleeping Beauty meets Indiana Jones immediately has my attention. A bookish treasure hunter and a warrior from the north team up to break a centuries-old curse and wake a sleeping prince. Fi doesn’t believe in true love and cursed princes are nothing more than ancient history — until she pricks her finger on a spindle while exploring an ancient ruin and is stuck with the ghost of Prince Briar Rose until she can break the curse on his kingdom. But nothing scares Fi more than the possibility of falling for the prince. 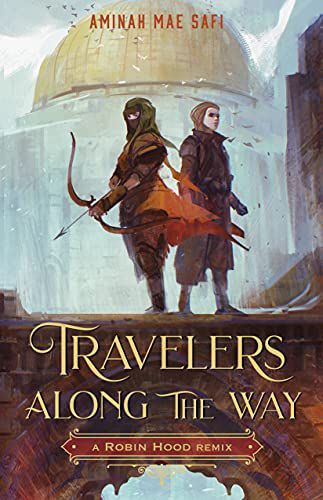 Travelers Along the Way by Aminah Mae Safi

The best Robin Hood retelling I’ve ever read also just so happens to be gender-swapped. Travelers Along the Way is the story of two sisters, Rahma and Zeena al-Hud, stuck in the Holy Lands during the Third Crusade. Rahma followed her older sister to the war to keep her safe, but now, on the run from the Faranji invaders, she is determined to fight for those around her, too. Like the soft-spoken Mongolian warrior and eccentric Andalusian scientist they pick up along the way. Even an English chaplain abandoned behind enemy lines find a place in their ragtag troupe. But now that Rahma is fighting for the downtrodden, she sets her eyes on an even bigger target: Queen Isabella, the would-be queen of Jerusalem herself. 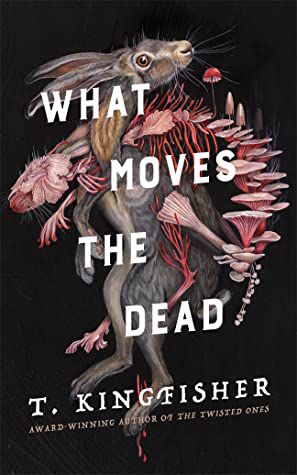 What Moves the Dead by T. Kingfisher

Retelling: The Fall of the House of Usher

In a horror-filled reimagining of Edgar Allan Poe’s The Fall of the House of Usher, a retired soldier attempts to discover what is killing a childhood friend alongside a baffled American doctor and renowned British mycologist. With fungal horror reminiscent of Mexican Gothic, this novel transforms a classic into something familiar and yet entirely new. 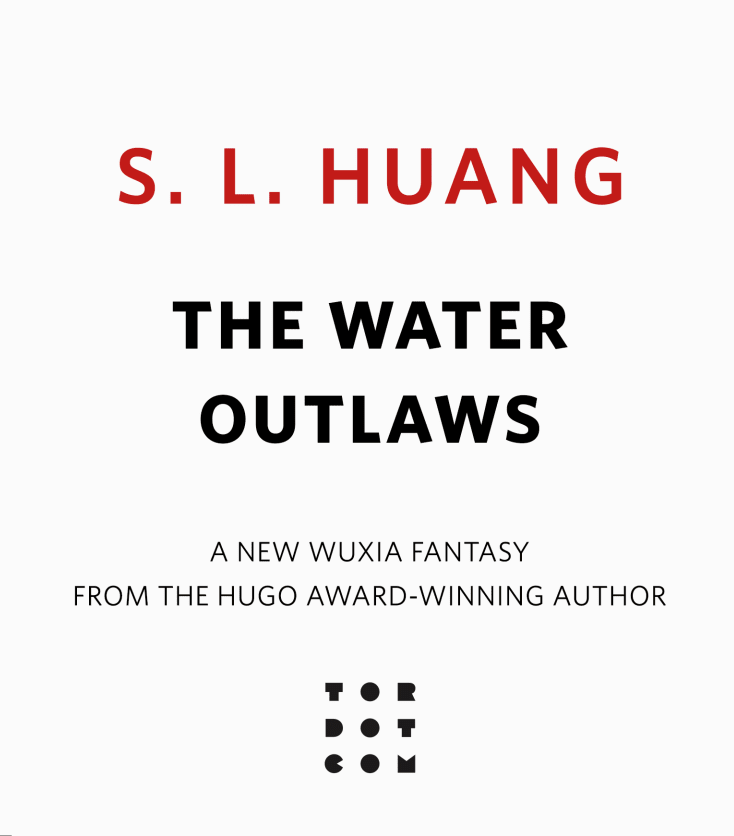 The Water Outlaws by S.L. Huang

Because this one doesn’t have a specific release date in 2022 yet, we’re still a bit slim on the details. But the blurb on Goodreads describes The Water Outlaws as “a queer epic fantasy full of bandits, heroes, and revolution inspired by the Chinese classic Water Margin.” Huang’s taker reimagines the bandits from the classic Chinese novel as women and genderqueer warriors ready to break the law and take on their enemies.

Looking for even more great retellings?