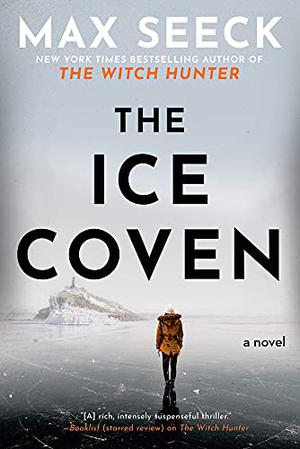 When health care aide Bettina Holte is found drained of blood in Copenhagen’s oldest fountain, little does Investigator Jeppe Kørner know that he has a budding serial killer on his hands.

The very next day, another body is found, similarly drained. Under increasing pressure from his superintendent, Kørner quickly deduces that the murder weapon was a scarificator, a strange bloodletting device. He also learns that both victims once worked at Butterfly House, a short-lived residential home for teens with psychiatric illnesses. The home was closed after a young girl died by suicide and a social worker was found drowned. An expert at narrative sleight of hand, Engberg strews the investigational field with multiple suspects, each shadowy enough to maintain our suspicions. Perhaps Bo Ramsgaard, the teen’s grieving father, is worth a closer look. Or perhaps one of the young people could hold a grudge against the staff, which included the ambitious psychiatrist Peter Demant and nurse Trine Bremen, who has been diagnosed with borderline personality disorder. Yet former patient Isak Brügger, diagnosed with schizophrenia, is still under nearly 24-hour surveillance at the Bispebjerg Hospital, as Simon Hartvig, his social worker, can attest. And former patient Marie Birch is now living in an insular countercultural community. Meanwhile, Kørner himself is conflicted about his relationship with Detective Sara Saidani: Is he ready to try again so soon after his divorce? And Kørner’s partner, Anette Werner, is on maternity leave but can’t resist getting involved as well. It’s her work that collides with Kørner’s for a dramatic final confrontation.

A satisfying, if predictable, thriller that will please fans of police procedurals.