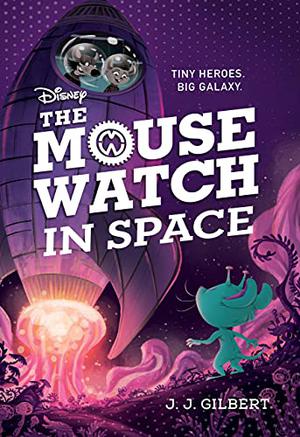 
Bernie and Jarvis are riding high after the success of their underwater mission to rescue the Milk Saucer from the nefarious clutches of R.A.T.S. Their next assignment promises to bring the dynamic duo into an exciting new frontier: space! With the brave Cmdr. Sleekwhisker in charge, Bernie and Jarvis are confident they’ll be able to connect the Milk Saucer to a Mouse Watch satellite that could save the world from the effects of global warming. But not everything is as it seems aboard the USS Mozzarella, and things promptly take a turn for the worse. This third entry in the series stands tall upon the shoulders of its predecessors. The characters are limber, the plotting is excellent, and the blend of humor and action provide the crisp read fans of the series have come to expect. Bernie and Jarvis remain engaging protagonists, and the espionage worldbuilding is effectively rendered. The supporting cast from the second book (particularly the Rescue Rangers legacy characters) have a reduced role here, smartly pinning the focus on Bernie and Jarvis while fleshing out the world with some new supporting players. This proves promising for future Mouse Watch titles, a series that has improved with each outing. The Saturday-morning–cartoon flavor is a tricky one to pull off, but the author has managed to turn this series into a true delight.