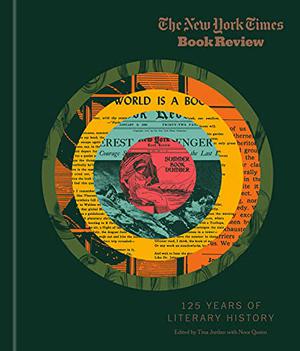 Each chapter focuses on a specific year, beginning with 1971, when Questlove was born, and is structured around “a song that represents some idea connected to history: how it was experienced at the time, or how it is learned and understood, or what figures surface within it, or how different versions of it are reconciled, or how they cannot be.” Interspersed throughout are lists of songs—and the author’s commentary on each—divided into categories—e.g., songs worthy of being reinstated into communal memory; and hip-hop “deep cuts that…need to be excavated”; and songs in E minor, a key that “isn’t just a way of life for funk songs, but a world unto itself. In grappling with the mass of E-minor songs, I have divided the E-minor theme into two camps, the songs that get over and the songs that under­whelm.” Questlove also revisits songs by other artists on which he played drums. The scope of the book, like the author’s vinyl collection, is enormous, yet his tone makes for a fascinating, page-turning read. Whether he’s making a case that hip-hop was “at least in part a direct reaction to disco” or describing Bill Withers as his first true idol, Questlove makes for an engaging, dynamic narrator—just as he was in his excellent memoir, Mo’ Meta Blues (2013). Events, he writes, “can feel like closed boxes until we find our way in….And that’s why I decided to put ‘Does Everyone Stare’ [by The Police] not in 1979, the year it came out, but in 1981, the year it came out to me.” The author adds private stories such as the day, in 1993, when the Roots were signed by Geffen and his mother told him she was divorcing his father. From explicating protest songs to sampling, Questlove continuously encourages readers to cross-reference historical happenings and to read (and think) critically.

A palimpsestic, personal, and resonant journey with a living musical encyclopedia.