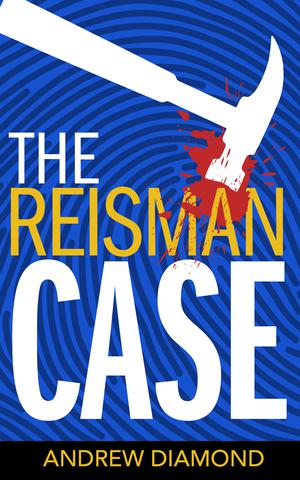 After a flight in fantasy with When the Wind Blows (1998), Patterson goes to ground with another slash-and-squirm psychokiller page-turner, this one dedicated to “the millions of Alex Cross readers, who so frequently ask, can’t you write faster?” By day, Geoffrey Shafer is a charming, 42-year-old British Embassy paper-pusher with a picture-perfect family and a shady past as an MI-6 secret agent. Come sundown, he swallows a pharmacy of psychoactive pills, gulps three black coffees loaded with sugar, and roams the streets of Washington, D.C., in a battered cab, where, disguised as a black man, he rolls dice to determine which among his black female fares he—ll murder. Afterwards he dumps his naked victims in crime-infested back alleys of black- slum neighborhoods, then sends e-mails boasting of his accomplishments to three other former MI-6 agents involved in a hellish Internet role-playing game. “I sensed I was at the start of another homicide mess,” sighs forensic-psychologist turned homicide-detective Alex Cross. Cross yearns to catch the “Jane Doe murderer” but is thwarted by Det. Chief George Pittman, who assigns sexy Det. Patsy Hampton to investigate Cross and come up with a reason for dismissing him. Meanwhile, Cross’s fiancÇe is kidnaped during a Bermuda vacation, and an anonymous e-mail warns him to back off. He doesn’t, of course, and just when it appears that Patterson is sleep-walking through his story, Cross nabs Shafer minutes after Shafer kills Det. Hampton. During the subsequent high-visibility trail, Shafer manages to make the jury believe that he’s innocent and that Cross was trying to frame him. When all seems lost, a sympathetic British intelligence chief offers to help Cross bring down Shafer, and the other homicidal game-players, during a showdown on the breezy beaches of Jamaica. Kinky mayhem, a cartoonish villain, regular glimpses of the kindly Cross caring for his loved ones, and an ending that spells a sequel: Patterson’s fans couldn’t ask for more.