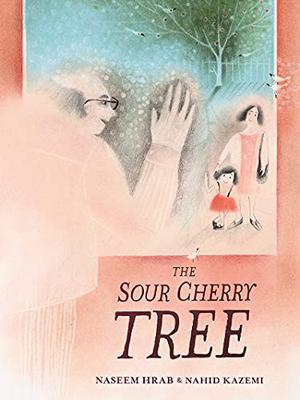 Following Hey, Grandude (2019), more jolly fun as the title character squires his four young “Chillers” aboard a green sub (where does Sir Paul get his ideas?) to catch up with his partner in adventure: Nandude!

Casting about for something to do on a sweltering day, the multiracial quartet eagerly follows their grizzled White gramps down to an underground chamber where a viridian vessel awaits to take them soaring through the sky to a distant land. There, Grandude’s old friend Ravi plays a tune of Nandude’s that accompanies them after they leave him. It leads them under the sea to an octopus’s garden and a briefly scary tangle with the ink-spraying giant. The monster’s set to dancing, though, as Nandude floats up in her own accordion-shaped ship to carry everyone home for tea, biscuits, and bed in a swirl of notes. Aside maybe from the odd spray of shiny stars here and there, Durst steers clear of sight gags and direct visual references to the film or music in her cheery cartoon scenes. Both she and the text do kit Ravi out, appropriately, with a sitar, but there’s no 1960s-style psychedelia to be seen. Nostalgic adults may be disappointed to see that even the submarine bears no resemblance to the iconic vessel of the film but instead just looks like a plush, smiling toy whale, eyes and all. Children, of course, won’t care. That this book does not try to trade (heavily) on its antecedents makes it a refreshing change from so many other celebrity titles. (This book was reviewed digitally.)

Comfy and cozy, with nary a meanie in sight.