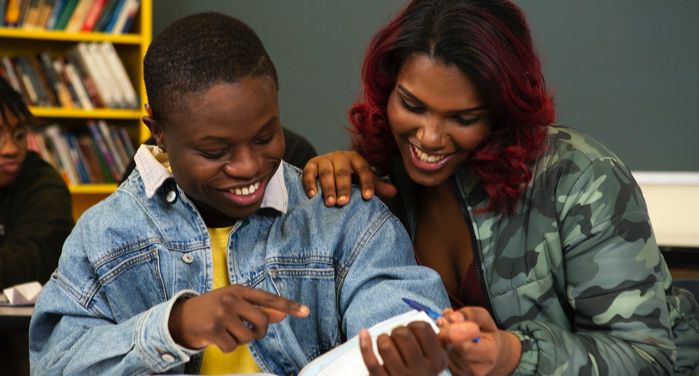 While there are many literary prizes out there, The Bookseller/Diagram Prize for Oddest Title of the Year might be one of the most unusual. Since 1978, the Diagram Prize has been given out to the oddest book title of the year.

The first year Proceedings of the Second International Workshop on Nude Mice was the winner. In 2021, the winner of the prize was Roy Schwartz’s Is Superman Circumcised?: The Complete Jewish History of the World’s Greatest Hero. Other gems include Managing a Dental Practice: The Genghis Khan Way by Michael Young, 2010 winner; People Who Don’t Know They’re Dead: How They Attach Themselves To Unsuspecting Bystanders and What to Do About It by Gary Leon Hill, 2005 winner; and Crocheting Adventures with Hyperbolic Planes by Daina Taimina, 2009 winner.

I had a chance to talk to Roy Schwartz and Gregory Forth, Professor of Anthropology, University of Alberta, whose book A Dog Pissing at the Edge of a Path: Animal Metaphors in an Eastern Indonesian Society won the award in 2020.

How does the award work?

According to Schwartz, the books are nominated internally at the UK-based The Bookseller, which was founded in 1858. Then voting opens to the public who make the final choice. However, for both Schwartz and Forth, neither had heard of the prize beforehand.

In fact, U.S.-based Schwartz found out he was a finalist when he woke up with his mailbox filled with accolades. Due to the time difference, the announcement came in the middle of the night for Roy: “it was a very nice surprise to wake up to.” Forth explained that he hadn’t heard of it before but: “I certainly didn’t pick the title with the prize in mind. I’m pleased that I won the prize.”

Schwartz said he campaigned  “shamelessly” to win the award after he got nominated. He asked his publisher to send out emails, put it into their newsletter and he promoted it on his social media. “I made myself available so anytime somebody wrote about the nominations, I reached out to them and offered to do an interview and several outlets took me up on it. I think that helped,” Schwartz explained.

His work was up against Curves for the Mathematically Curious by Julian Havil; Handbook of Research on Health and Environmental Benefits of Camel Products Edited by Omar Amin Alhaj, Bernard Faye, and Rajendra Prasad Agrawal; Hats: A Very Unnatural History by Malcolm Smith; The Life Cycle of Russian Things: From Fish Guts to Fabergé by edited by Matthew P. Romaniello, Alison K. Smith, and Tricia Starks; and Miss, I Don’t Give a Shit: Engaging with Challenging Behaviour in Schools by Adele Bates.

The Diagram prize announced that Roy Schwartz’s book won in December 2021 by a margin. Forth says there’s no certificate or physical award for winning the prize; the award is a bit abstract. The Guardian noted that the nominator gets a “passable bottle of claret.”

Winning the award is one thing; coming up with the title is the tricky part. Forth explained that the first part of the title A Dog Pissing at the Edge of a Path is one of many metaphors he wrote about in the book. He chose it because he wanted something to catch the eye but also something that people could relate to around the world. He thought about calling it A Monkey Roasting Crayfish but thought it was too cultural specific. But everyone can relate to dogs urinating outside.

Schwartz’s title was originally his New York University graduate thesis, which he says he loosely based the book on. He said, “It just always seemed to me like a fun title that also conveyed that I approach the subject with tongue in cheek. My publisher thankfully agreed, I never got any pushback. Retailers and media outlets, however, are a different story.”

While Gregory Forth was pleased with winning the award, he noted that some authors have not been pleased about winning the award since they can see it as a denigration of the work. The only thing judged is the title of the book, not the contents. But, Forth said: “I recognize that metaphor as being a bit humorous  as many other of the metaphors that I record and analyze in the book. The title kind of fitted the contents in that respect.” He hopes that the publicity from the award will get the word out there about his book.

Schwartz was quite pleased at winning the award. “Even in the highbrow world of literary awards, friendly, no one is above a good phallic pun. So it feels great.  I think it’s important to take fun seriously and make fun of seriousness,” he said. “It’s a great reminder that even serious literature ought to be fun…because as important that book may be if it’s not accessible and non detaining, then what’s the point?”

While Forth’s work is a serious book of anthropology, he thinks that parts of the book may appeal to general readers who want to learn about metaphors, language and the relationship to animals.

Thanks to both Roy Schwartz and Gregory Forth for taking the time to talk to me about winning the Diagram Prize. Unfortunately, The Bookseller was not available for comment. I can’t wait to see what books are nominated for 2022 later this year.

For more about Roy Schwartz and his book, check out my post on a history of Jewish superheroes. Haven’t had your fill of weird? Here’s a list of 100 strange and weird books.