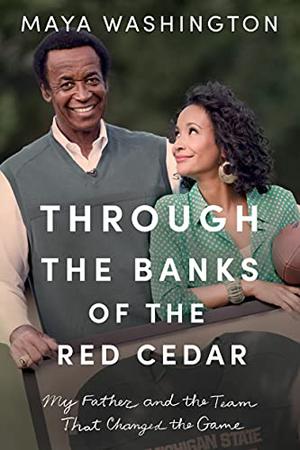 THROUGH THE BANKS OF THE RED CEDAR | Kirkus Reviews


When legendary defensive lineman Bubba Smith died in 2011, Washington felt compelled to know more about her father, Gene, one of Smith’s childhood friends. The two had played in an all-Black league in Texas, earned sports scholarships to Michigan State, and went on to play professionally. But it was not until Washington began researching them for a documentary film that she realized just how remarkable their achievements were. MSU had recruited both men in the early 1960s to play for legendary football coach Duffy Daugherty. His visionary work creating an athletic pipeline from the still-segregated South to the more integrated North was considered an “experiment,” which made the pressure to succeed intense for all his African American players. National turmoil over racial issues led to racist “gentlemen’s agreements” with Southern colleges that forced Daugherty to bench his Black players during games. Nevertheless, Gene, Bubba, and their teammates transformed the Spartan football team into a national power and became sought-after recruits for predominantly White pro football teams. Washington’s depiction of how Smith and her father’s pioneering roles in sports helped her appreciate her own “freedom of thought and movement” in the post–civil rights era world is poignant. “For better or worse,” she writes, “I am their shouts to heaven, the rage and sorrow they left at their altars, and every rumble of hope in the deepest hollow of their drums.” However, the author’s enthusiastic desire to interweave other stories, related to, for example, the history of Blacks in American football, the civil rights movement, her own life, and the lives of other players, too often disrupts the main narrative. The book should appeal to college football enthusiasts, especially those interested in how racial issues impacted the sport during the 20th century.