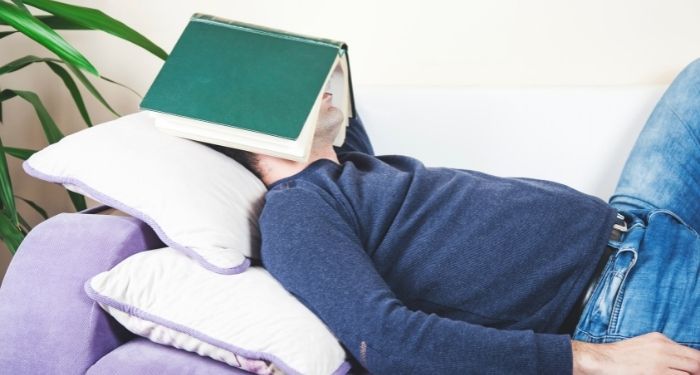 Why I Gave Up Reading The Wheel of Time | Book Riot

Robert Jordan’s The Wheel of Time is spoken of in fantasy circles with the likes of The Lord of the Rings and A Game of Thrones. It’s huge. It’s popular. It’s a classic. After reading more than three and a half of them, I gave up. Here’s why.

I read the first The Wheel of Time book, The Eye of the World, back in 2017. I liked it. I loved the way Robert Jordan introduced readers to his world through they eyes of these everyday people from Two Rivers. He packed so much history and diverse believes into his world. Jordan even managed to take a trope I generally dislike, prophecy, and make it so big that it was cool.

In 2018, I read the next two novels: The Great Hunt and The Dragon Reborn. As that third book was moving past halfway, though, it was slowing down. The identity of The Dragon Reborn was revealed in the first book, so it was just a march toward that information becoming public knowledge. In anticipation of the new The Wheel of Time series, I decided to dig into book 4, The Shadow Rising.

I read 100 pages. 200. 300. I was waiting for something to happen. Despite the myriad characters and their shifting perspectives, the complicated political and cultural clashes, armies and magic abound, the best Jordan could muster were “Bubbles of Evil” to insert a little action for no real reason. I cranked past page 400 of this nearly 600-page doorstop, and it just couldn’t hold my attention. Robert Jordan luxuriates in his world building, his characters, and forgets his plot entirely for hundreds of pages.

Apparently, it gets worse AFTER this book. All of these books are huge, and the official synopses on Tor’s website tiny, showing how little really happens over the course of these immense novels.

Okay, so pacing is pretty bad. But if everything else was working, I could have forged ahead. What really made me walk away and refuse to read the rest of this 14-novel series were the terrible gender dynamics.

The Wheel of Time shifts between close third-person viewpoints regularly. Characters like Rand, Egwene, Mat, Perrin, and Nynaeve get their turns in the narrative spotlight. Other characters that don’t appear until later in the series do as well. You would think with this shifting POV, you would get dramatically different voices and emotional landscapes.

You would be wrong.

All of the men, without exception, are mopey. They think deeply, speak infrequently, and rarely say what they’re thinking. They perpetually perceive the women around them as indecipherable puzzles. And yet, they manage to fall in love with various women, though how or why never makes sense.

The women, on the other hand, speak frequently, but usually to manipulate the men and remain at odds with the other women. They plot and plan and expect the men to intuit what they are thinking. Oh, but they also fall in love with men only to serve the plot, not their own emotions.

I can understand if one man and one woman behaved this way. I could even understand if all of the men and women from one particular culture were mostly this way. Robert Jordan uses points of view for several different cultures, however. This overdrawn gender dynamic remains across all characters.

I understand these books began in the early ’90s. In some ways they are products of their time. But gender has always been a social construct, and Jordan has constructed his genders as two structures that look nothing alike. That’s just not how people work.

The TV Show is Better

Yeah, this is a hot take. It’s one I rarely make when comparing a book to a TV show, but Amazon’s The Wheel of Time series is fixing these issues. Even if I don’t understand every decision the writers are making regarding their adaptation, the pace is good and largely devoid of bloat. The men are still pretty mopey, but they’re speaking more. The women are asking for what they want and not just trying to manipulate the men (Moiraine still is, but she wouldn’t be her if she didn’t). The show is even tearing into the strict male/female split in The One Power, which has made the mystery of The Dragon Reborn more compelling.

Yes, I could keep reading the hundreds of thousands of words to stay ahead of the series, but since I’m enjoying the series more, why would I? And even though my friends have told me that the pace really picks up in the last few novels when Brandon Sanderson took over, do I really want to fight through six more huge books to get there? Nope. I’ll just watch the show with my wife and enjoy it thoroughly.

Maybe you agree with me or maybe your love for The Wheel of Time is raging at every word I’ve written. Fear not. The Amazon series has not changed or ruined anything. Those 14 books (plus the prequel) are still there, still unchanged, still very long.

In fact, my collection of The Wheel of Time hardcovers are coming soon to a used bookstore in the Kansas City area. Bye, giant books. I won’t miss you.