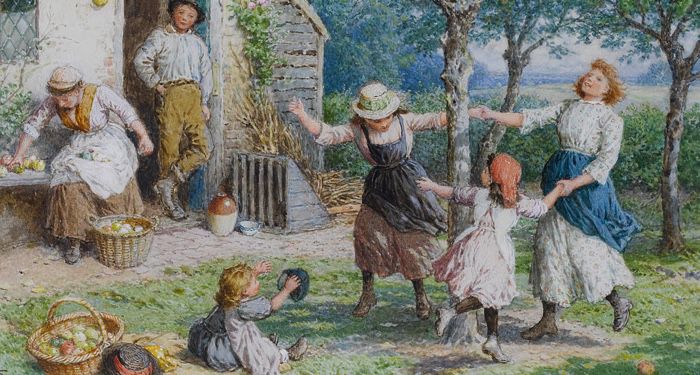 
World Nursery Rhyme Week (WNRW) began in 2013 to promote the importance of nursery rhymes in early childhood development. For folks who work with children under age seven, WNRW encourages participants to engage in activities around five selected rhymes each year. Organizers say that WNRW has been celebrated in 113 countries since its inception and reached five million children. If you’d like to join in the fun, check out WNRW on Twitter or Facebook.

Nursery rhymes, sometimes called by other names, have been recorded since the mid 1700s. However, they were popular as early as the 14th century. Learning and repeating nursery rhymes supports foundational reading skills. They serve as fun, easy-to-remember introductions to language for young children. The rhyming patterns encourage phonological awareness and can even support spatial reasoning and other brain development. When supported by music, nursery rhymes are even more impactful. Perhaps most importantly, singing nursery rhymes with children encourages emotional connection.

But where do these familiar rhymes come from? Many of them have dark historical backstories. Some are disguising racist roots. Still others are just weird. Much like a Maroon 5 song, these happy little ditties are often much darker than they sound. (Seriously, have you ever read the lyrics to “Wake Up Call”? Adam Levine sounds so cheerful, but that song is BLEAK.)

In this post we’ll take a look of some of the most interesting, creepy, or just plain awful nursery rhyme origin stories.

What baby wouldn’t be soothed by this old rhyme about sheep? Well, if your baby knew the origin they might be less amused. Allegedly, this rhyme is about the medieval wool tax implemented under King Edward I, whereby he received 1/3 of the profits per sack. Thus, having three bags of wool meant that one of those were for the king. Additionally, black sheep wool was less lucrative because it couldn’t be dyed and therefore fetched a lower price.

Okay, so originally this rhyme was about sexual entertainment. It was about “three maids” in a tub. The limerick was about a popular attraction at traveling fairs: a peep show where people could watch women bathe and, ahem, enjoy one another’s company. The butcher, the baker, and the candlestick maker were among the voyeurs looking on. Later, the Victorians called themselves cleaning it up and changed the words to put the three men in the tub. What they didn’t know, apparently, is that three men can have just as good of a time in a tub and the rhyme is still gay. Hooray!

Originally “Jack and Gill”, this familiar rhyme tells the story of King Charles I and his attempt to implement a liquid tax reform. I don’t really get it, but apparently jacks and gills were units of measurement. After Parliament rejected the tax, Charles reduced the volume of these measurements because he was petty and couldn’t handle defeat. Though I’m not sure what any of it accomplished, I love a messy monarch. There’s also a rumor that the poem is actually about a young couple who used to sneak up a hill to do more than fetch water. After a boulder dislodged and killed Jack, Gill died in childbirth and Gill’s son was raised by the villagers. Apparently, Gilson remains a popular surname in the area.

“London Bridge is Falling Down”

While there are multiple possible origins of this extremely popular rhyme, the most likely explanation is that Vikings sang it in 1014 when they attacked the bridge. Allegedly, Vikings sang variations of the song during many of their conquests. I don’t know why, but I find it kind of adorable that during all the murder and pillaging, the Vikings found time to compose songs to taunt their victims. It’s petty and fabulous, in my humble opinion. Other sources suggest that the bridge is protected by a “fair lady” who was actually a child sacrifice. Some believe that many children were walled into the bridge and left to die. So, that’s fun. 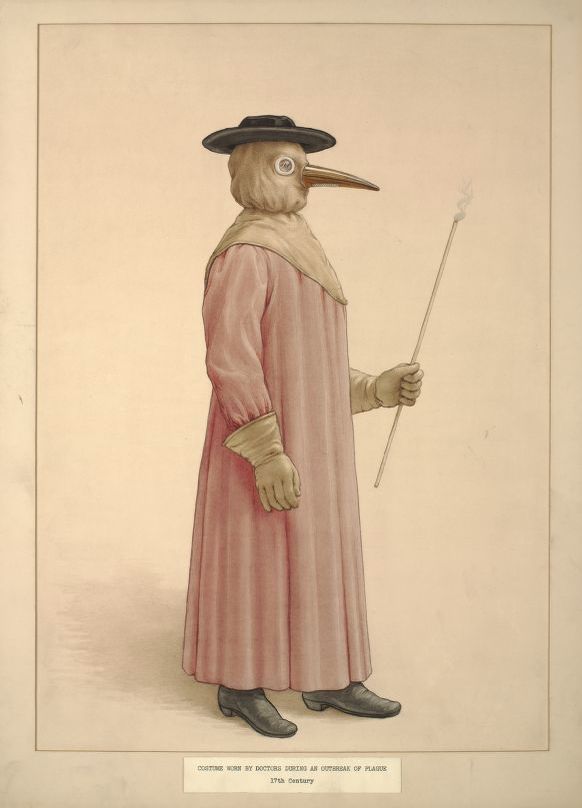 “Ring Around the Rosie”

This is the only origin story I knew before researching for this list, but it’s a doozy. It originated during the Great Plague of 1665, which manifested as a smelly red-ringed rash. Additionally, to hide the smell, infected people often carried flowers. Since people believed that disease spread through bad smells, many people carried flowers to cover their faces whenever they ventured out. Hence, a pocket full of posies. Finally, “ashes, ashes, we all fall down” is about burning the many dead bodies — an estimated 15% of London’s population!

Dear readers, get ready for a scandal! Historians believe this nursery rhyme is about King James II of England who had trouble producing an heir. Supposedly, to resist the “wind” blowing from Protestantism, the king smuggled another man’s child into the birthing chamber. This move ensured the throne could stay under Roman Catholic control. Despite James II’s efforts, that cradle was doomed and the House of Stuart would fall. Other sources suggest that this lullaby actually refers to a 17th century ritual wherein stillborn babies were hung from trees in an attempt to bring them back to life.

Surprise, it’s a racism! I’m sure no one is shocked that some nursery rhymes have racist origins, but I remember chanting this rhyme A LOT and I feel bamboozled. Rather than helping kids decide who is “it” in a game of tag, this rhyme was originally about catching enslaved people. The part of the rhyme that I remember as “tiger” was actually a racial slur. This isn’t the only nursery rhyme that used to contain the n-word. “10 Little Monkeys” and “Do Your Ears Hang Low” were minstrel show staples used to mock Black people. The same applies to “Jimmy Crack Corn,” “Camptown Races,” and “Oh Susannah,” meaning that Bugs Bunny had me singing a lot of secretly racist tunes as a child.

“Here We Go Round the Mulberry Bush” 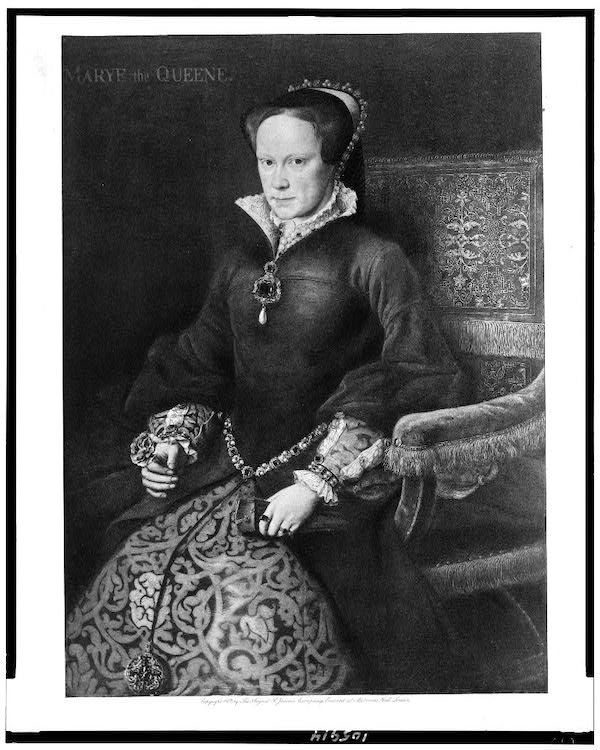 Would you like a little murder with your children’s poetry? Well, you’re in luck. This rhyme is actually about Queen Mary I, who was also known as “Bloody Mary.” In her religious zeal, Mary executed hundreds of Protestants during her reign. As a matter of fact, the “silver bells and cockle shells” in the poem are actually names for medieval torture devices. I would say that she was a bit more than “contrary.” “Three Blind Mice” might also be about Bloody Mary and three Protestant bishops she had burned at the stake for heresy after they tried to overthrow her.

I love finding queer history hidden in plain sight. Some believe Georgie Porgy was actually George Villiers, the 1st Duke of Buckingham. The duke had a long and lucrative affair with James I, while also seducing many of the ladies of the court. After kissing them and making them cry, he ran to the king for protection and avoided the inevitable duels that would’ve followed. Meanwhile, James I continued to bestow court appointments upon him, increasing his power and influence. The king even dissolved Parliament TWICE to keep them from impeaching Villiers. Eventually he was assassinated by political rivals, but I have to stan this ingenious bisexual icon.

And there you have it! The next time you find yourself humming a childhood tune, remember that it’s probably about political intrigue, murder, and disease. You can check out even more nursery rhyme origins here. Happy World Nursery Rhyme Week!