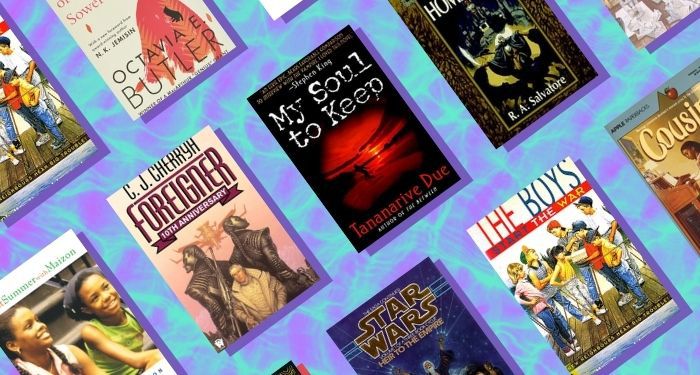 The 1990s are back in a big way, and Gen Z is loving every minute of it. For Millennials like me, it stings just a little to hear the ’90s described as “vintage” — or even, gulp, old — but so it goes. If you want to get in on the fun, I’ve got ten must-read vintage book series from the ’90s for you to read this year.

Without question, the last decade of the 20th century was a weird time, mostly due to rapid technological advancement and changes in the way we consumed media. Concerns over the intersection of corporatism, consumerism, and technological development nurtured the burgeoning cyberpunk genre.

When the decade began, the World Wide Web hadn’t been invented yet. By the turn of the century, Google had entered its beta phase, and companies like Angelfire, Geocities, and LiveJournal made it possible for anyone to make their own website. It’s no surprise, then, that the well-trodden world of print publishing embraced recorded and digital copies in the 1990s.

In many ways, the ’90s feel like an awkward teenager, caught up between the wealth-flaunting of the plasticky — and relatively low-tech — 1980s and the sleek, all-chrome, the-future-is-now stylings of the 2000s. The best 1990s book series are just as all-over-the-place as the rest of the decade…and you’re going to love them.

10 Vintage Book Series From the ’90s to Read This Year 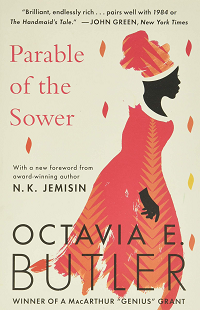 This sci-fi trilogy may be unfinished — author Octavia E. Butler died while writing the third installment, Parable of the Trickster — but that doesn’t mean you shouldn’t dig into it this year. The first book, 1993’s Parable of the Sower centers on Lauren, a Black teen born with the ability to feel others’ pain. When American society collapses under the weight of climate change, capitalism, and corporate greed, Lauren leaves her gated community and founds a new religion based around humanity’s ability to adapt for survival. 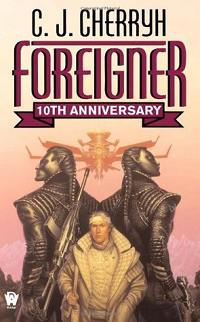 An ongoing series at the time of this writing, C.J. Cherryh’s Foreigner launched her series of the same name in 1994. Two-hundred years ago, the Phoenix, a ship carrying colonists and supplies from Earth to a far-flung space-station-to-be, crashed on an already-inhabited planet. Tensions between the humans of the Phoenix and the ruling atevi people led to an all-out war, which ended with total separation of the two races. Total separation, except for one man: Bren Cameron, emissary to the atevi, and the only human welcome in their society. 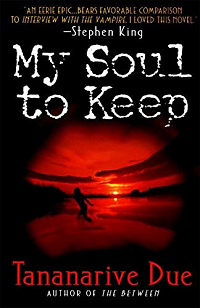 African Immortals Series by Tananarive Due

Vampires are making a comeback these days, so now’s the perfect time to check out Tananarive Due’s African Immortals series. Jessica seems to have built a picture-perfect Miami life with David…until the murders begin. As a killer stalks closer to home, David reveals that he’s not who he seems to be. He’s actually a 400-year-old Ethiopian vampire, and his people are demanding he return to his homeland, or else. 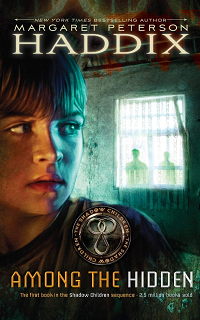 Only the first installment of Margaret Peterson Haddix’s Shadow Children series actually came out in the 1990s, but it’s still worth reading this year. Set in a dystopian version of the U.S., in which parents are only allowed two children, the series follows Luke and Jen: kids whose families have hidden them from the rest of the world for their entire lives. 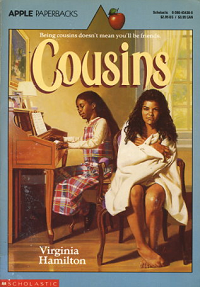 Fair warning: this book is much heavier-hearted than other titles on this list. Cammy’s jealousy toward her wealthy cousin, Patty Ann, morphs into a more complex emotion following the other girl’s death. Patty Ann died saving another cousin, Elodie, from drowning. Did she do it just to spite Cammy? And how is Cammy supposed to feel, now that her cousin and archnemesis is gone? 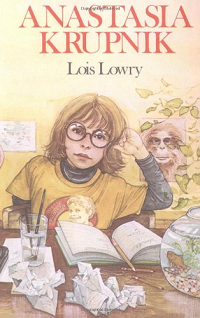 One of the most challenged book series of the 1990s, Lois Lowry’s Anastasia Krupnik series spans nine titles, beginning with 1978’s Anastasia Krupnik. Only the last two books, Anastasia at This Address and Anastasia, Absolutely, came out in the ’90s. Trust me when I say that Anastasia’s trials and tribulations are basically timeless, however. And if nine books aren’t enough for you, know that a four-book spinoff series centered on Anastasia’s kid brother launched in 1988 with All About Sam. 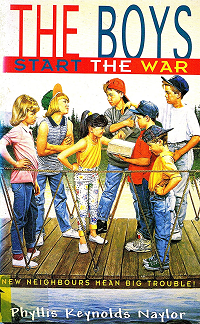 Also known as Boy/Girl Battle, the Hatfords and Malloys series follows seven kids — the four Hatford brothers and the three Malloy sisters — as they duke out a deeply entrenched rivalry over the course of 12 installments. In The Boys Start the War, the Malloys have just moved to West Virginia from Ohio. Too bad they’re horning in on the Hatfords’ turf. If hijinks in the vein of Home Alone and The Parent Trap are your style, you owe it to yourself to read this series. 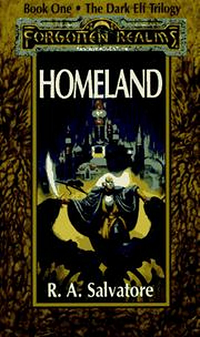 Dungeons & Dragons players, take note! Legendary drow ranger Drizzt Do’Urden debuted in the 1988 sourcebook, The Savage Frontier, before appearing in R.A. Salvatore’s Icewind Dale trilogy. If you want to jump right into Drizzt’s backstory in the drow metropolis of Menzoberranzan, however, you’ll want to start with the Dark Elf trilogy: Homeland, Exile, and Sojourn. Fair warning, though: these novels play into the problem of fantasy racism by casting Drizzt as a drow who isn’t innately evil — a problem that Wizards of the Coast has promised to fix in future iterations of the game. 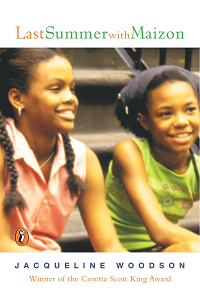 Another coming-of-age middle grade series, Jacqueline Woodson’s Maizon trilogy follows BFFs Margaret and Maizon as they’re separated and reunited. In Last Summer with Maizon, Maizon’s accepted at Blue Hill: a prestigious, majority-white boarding school. That means Margaret will have to weather huge life changes, including her father’s tragic death, without her bestie by her side. The second installment, Maizon at Blue Hill, tells Maizon’s side of the story. A third book, Between Madison and Palmetto, brings the girls back together for a new adventure: growing up. 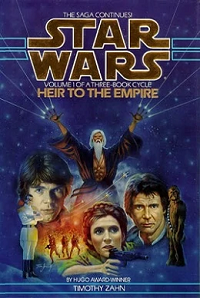 OK, so, first things first: there are three Thrawn trilogies. This one, published between 1991 and ’93, was the definitive sequel to Return of the Jedi. Until the Star Wars Extended Universe was retconned by Disney, that is. Timothy Zahn has since published two more Thrawn trilogies — Thrawn and Thrawn: Ascendancy — both of which are well worth reading. You just can’t beat this classic Star Wars EU trilogy from the 1990s, however.

Want to read more vintage book series from the ’90s? Be sure to check out this list of must-reads from the 1990s and these ’90s tie-in books.