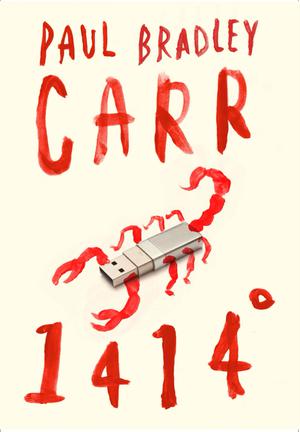 
Lou McCarthy prides herself on reporting the truth, even if it means exposing a man with power and connections. Her latest article for the Bay Area Herald centers on the CTO of Raum, a private tech company based in San Francisco. He’s a sexual predator who, according to interviews with several women, has assaulted university students for years. Lou anticipates the standard backlash, but that’s not quite what she gets, especially after the CTO takes his life in a disturbingly public fashion. Things only get worse when another businessman whom Lou exposed two years ago for sexual harassment violently kills himself as well. As some blame the journalist for the men’s deaths, Lou finds herself the target of a militant group of woman-hating trolls that’s gone after her before. Luckily, she has an ally, albeit an unexpected one. Helen Tyler, a member of Raum’s crisis-management team, wants an answer to the mysterious suicides. She and Lou run with the theory that someone set out to ruin these men and possibly drive them to kill themselves. The pair’s investigation turns up evidence that an unknown tormentor indeed singled out the two high-profile assailants. As readers know, “Fate,” so named in a dead man’s journal, has eyes on Lou and Helen for an elaborate plan already underway. What Fate wants isn’t immediately clear, but there’s a good chance that more rich, privileged men will pay—with their wallets or their lives or both.

Carr’s feminist tale highlights complex women. Lou, for example, is a likable, self-assured protagonist, while Helen, who proclaims herself a “hired gun,” has a murky history that makes her hard to trust. Nevertheless, Lou’s mother and her mom’s best friend, Carol Brook, steal every scene they’re in. The two women, even in Atlanta, face off against the “troll army”—not a problem for shotgun-toting Carol. The story can be heavy-handed at times, teeming with deplorable, easy-to-hate male characters, not the least of whom are the trolls, whose online creed is the impudent #MensLivesMatter. Still, Carr deftly explores a number of topical issues, from women overlooked or mistreated in the workplace to men who use their affluence to silence rape survivors. All of this plays against the backdrop of a solid mystery; Lou and Helen’s investigation stirs up myriad unknowns, like Fate’s identity, a burner phone number, and what one man yelled during his iPhone-recorded suicide. The author’s cynical prose aligns with the women’s attitudes, having spent their lives surrounded by loathsome men: “The only reason” Lou “kept banging her head against her computer screen for so long, trying to get someone—anyone—to care about her stories was that she hadn’t been able to come up with a better way to take down these assholes.” Carr skillfully manages a chaotic final act that involves a rescue, a frightening band of investors, and a character who’s perhaps not as appalling as he initially seemed.