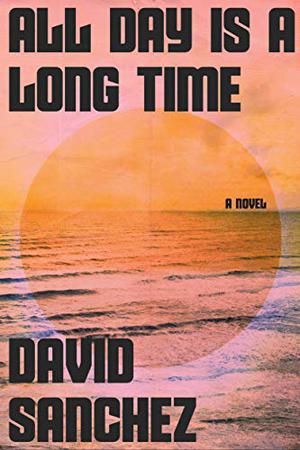 ALL DAY IS A LONG TIME | Kirkus Reviews


“Everything happened fast for years,” says the narrator of Sanchez’s debut novel, and it’s a remarkable understatement. The book starts off with the narrator, 14 years old at the time, traveling via bus from Tampa to Key West, hoping to spend time with a girl he has a crush on. He immediately encounters an older man who plies him with drugs and, along with a woman, molests him. Things don’t get much better for the narrator, who over the next several years struggles with drug addiction, spending “a couple months on the street, a couple months in jail, a couple in the psych or the halfway and back on the street again. This job, that job, always only for a couple months or weeks before something happened. Sober for a few months and then not.” He hits rock bottom so often the term loses its meaning, though eventually he gets help after experiencing a seizure, moving into a halfway house, enrolling in community college, and trying to reconcile with his estranged parents. Sanchez’s novel has the structure and tenor of an addiction memoir, though his narrator would hate to hear that (“Memoirs are whiny,” he sneers), particularly at the beginning; it takes the author a little time to find his rhythm. But once he does, he’s unstoppable, writing with an undeniable power that only occasionally gets away from him. (There are a few lines—“Everything was time soup in my head. Dumplings of memories and noodley thoughts”— that don’t quite land.) Still, the narrator is a memorable creation, vulnerable and self-aware, and Sanchez does a mostly excellent job describing the monstrous effects of drug addiction in a way that’s harrowing but never exploitative. Despite a few intermittent stumbles, it’s a compelling book.