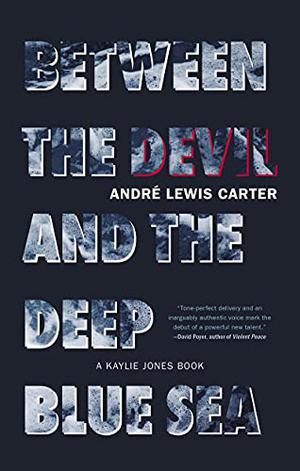 BETWEEN THE DEVIL AND THE DEEP BLUE SEA | Kirkus Reviews


November 1971. Orlando teenager César Alvarez succumbs to the hard sell of a gritty petty officer named Segar and joins the Navy. The Afro-Cuban César is hopeful of making a new life off the streets, where he works for the villainous Mr. Mike, a coldblooded killer and drug dealer who regularly calls him the N-word. The Navy is a whole new eye-opening world for César, who nevertheless can’t shake the fear that Mr. Mike will exact revenge. A casual meeting with fellow recruit Aida paves the way for romance. While there are welcome opportunities for advancement, like extensive travel and signalman school, César also finds the everyday dangers of his neighborhood replaced by the subtler racism of the Navy. The measured plot takes the hero from Orlando to San Diego to Manila, where he’s stationed aboard the Kitty Hawk, as the specter of the Vietnam War lurks ominously in the background and Mr. Mike hatches an elaborate plan to destroy César. The strength of Carter’s lean, straightforward prose, which mirrors César’s earnest, ethical nature and urges readers to root for him, and the authority of detail in his debut override some triteness of incident and character.