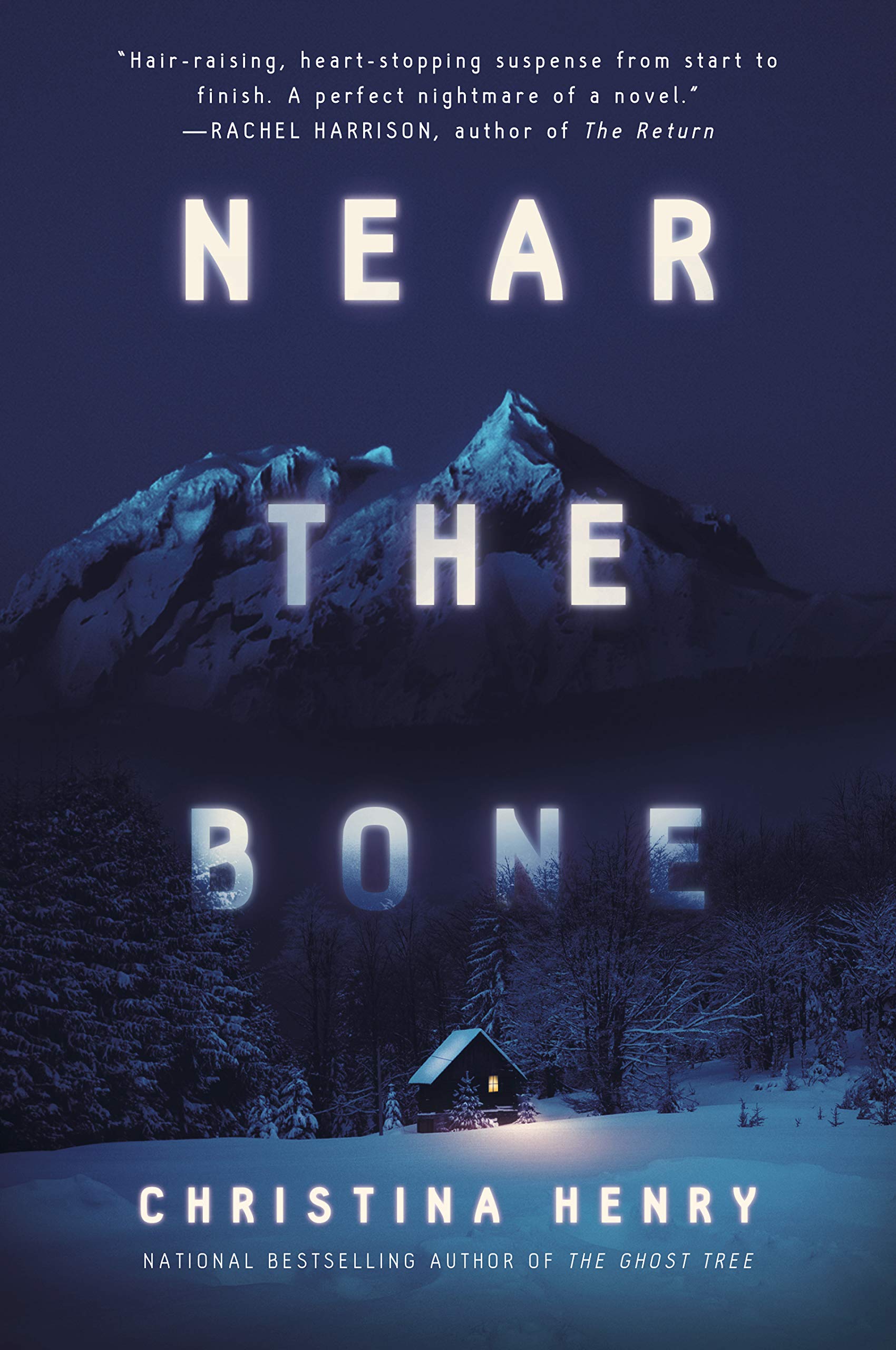 Book Review: NEAR THE BONE by Christina Henry


A young woman finds out the truth about her past and escapes a monster in Christina Henry’s newest novel, Near the Bone.

A woman trapped on a mountain attempts to survive more than one kind of monster, in a dread-inducing horror novel from the national bestselling author Christina Henry.

Mattie can’t remember a time before she and William lived alone on a mountain together. She must never make him upset. But when Mattie discovers the mutilated body of a fox in the woods, she realizes that they’re not alone after all.

There’s something in the woods that wasn’t there before, something that makes strange cries in the night, something with sharp teeth and claws.

When three strangers appear on the mountaintop looking for the creature in the woods, Mattie knows their presence will anger William. Terrible things happen when William is angry.

How did I get this book: Purchased

CW: implication of rape, child abuse, and other abuse

On a winter’s day like so many others, Mattie awakens and goes about her chores. Her husband, William, is not a patient man, nor is he kind. Mattie knows that she is a bad wife because she continually disappoints William–she woolgathers, she’s clumsy, and most importantly, she hasn’t been able to bear him a son (though she performs her wifely duty every night). Mattie might not care for William’s approval, but she certainly knows that she must avoid his rage–William’s caprice is often accompanied by blows that leave Mattie bruised and bloodied, for even the smallest provocations. (Or, indeed, even when there is no provocation beyond William’s mercurial temper.)

So, on this particular winter’s day when Mattie discovers a fox’s mutilated remains and enormous prints in the snow, she hesitates. She knows she should collect the rabbits from their traps or there will be hell to pay, but no bear or other creature would have done that to a fox. William is predictably upset with Mattie’s dallying and even more upset when she tells him about the fox (it’s not Mattie’s job to think), though he decides to investigate. A bear, William concludes, and one that could feed them all winter if they’re able to catch it.

For Mattie–who hasn’t seen another soul but has memories of a girl and a song that she carefully tucks away from William–strangers arriving on their mountain is exhilarating and terrifying. And, as Mattie grasps for memories about a time outside of the mountain and before William, she also understands very keenly that the creature on the mountain is very real and very dangerous. Mattie is very good at sensing danger.

Near the Bone is a kind of hybrid novel–it’s part creature-feature horror story, part locked-room (or, more accurately, stranded on a mountain) thriller. But really, and most importantly, it’s a story about a young woman who repeatedly faces incomprehendable horror. It’s not a surprise that Mattie has been abducted, abused, and her past erased by her “husband” William–it’s also not a surprise that Mattie’s memories are fragmented and disjointed, her thoughts solely focused on survival. Near the Bone is told in Mattie’s voice and filtered through her thoughts, adding an even more terrifying layer to the narrative–her focus on keeping herself safe, warring with her desire to even imagine a world without William, is absolutely harrowing stuff. This is the real horror novel and the stuff of nightmares–William’s ice-chip blue glare, his physical and emotional abuse–and Christina Henry does an incredible job of pulling back Mattie’s layers, giving her voice strength and surety as she learns more about her past and the prison William has constructed for her. Know that this is not an easy book to read, but for Mattie’s journey alone, it’s worth it.

Of course, the other part of this story–the less-well done bit–is the creature feature. Reminiscent of an X-Files monster-of-the-week episode with a dash of Crichton-esque thriller juice, Near the Bone‘s catalyst for action is the sudden discovery of a creature in the woods. This cryptid–as the zoologist student researchers in the book come to call it–is large, brutal, and, most vitally, smart. Unlike bears or other more common creatures, the cryptid doesn’t just stockpile its food, it collects and separates bones from organs. It moves quickly and soundlessly, and… well, likes to play with its food. Sort of. There are some motivations that are hinted at, but unlike a monster-of-the-week episode, there’s no Mulder or Scully to connect the dots, which is oddly frustrating. The cryptid’s sudden appearance and its motivations for hunting Mattie, William, Griffin, C.P., and Jen are mysteries that remain unsolved. The why isn’t something that we get into in Near the Bone and that makes sense–but it does diminish the overall impact of the story. (It is the cryptid, after all, that is the entire reason for Mattie’s ultimate motivation to escape.)

This criticism said, the author does a damn good job of building tension through the sequences with the creature–and the dual specter of William and the cryptid looming over Mattie’s choices is plenty terrifying. This, paired with Mattie’s heart-wrenching narration and the refreshingly human, flawed good Samaritans who intervene, makes Near the Bone a solidly entertaining read.

Absolutely recommended for anyone who wants to get lost in a good horror-thriller.

Thea James is one half of the maniacal duo behind The Book Smugglers. She is Filipina-American, but grew up in Hawaii, Indonesia, and Japan. A full-time book nerd who works in publishing for her day job, Thea currently resides in Astoria, Queens with her partner and rambunctious cat. COOKING FOR WIZARDS, WARRIORS & DRAGONS (available August 31, 2021) is her first cookbook.