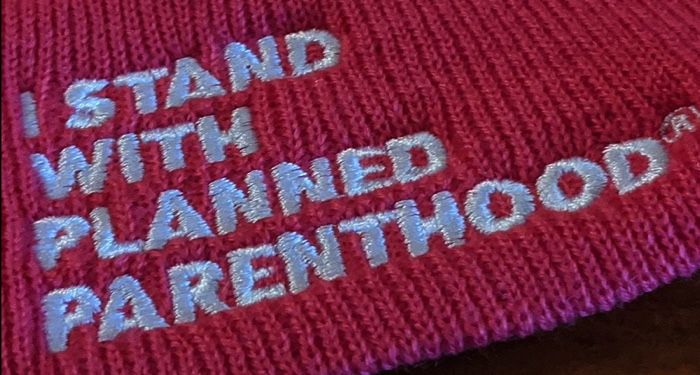 
From Friday, October 1 until Sunday night, October 3, Book Riot will be matching donations to Planned Parenthood of Greater Texas, up to $2,500 USD.

To participate, upload a picture of your receipt for your donation in the form below. You can redact personal information. Check back next week, and we will upload our receipt to show how much we’ve raised together!

For more ways to help and information on why we’ve chosen to support this campaign, keep reading.

Why Planned Parenthood of Greater Texas?

In early September, the Supreme Court failed to step in and shut down Texas’s new draconian abortion law. The law bans all abortions after six weeks of pregnancy. It also encourages citizen reporting any providers of the procedure, from doctors performing the abortion to ride share drivers taking a pregnant person to an appointment for an abortion, offering in exchange a minimum $10,000 reward.

Abortion is a safe medical procedure and a legal right guaranteed by Roe vs. Wade. While this law will not end abortion, it will end safe abortions, particularly for anyone of a marginalized background. A month into the new law, neighboring new Mexico is already seeing an influx of Texas residents seeking out the procedure, putting more pressure on their system.

Pregnancy is counted from the first date of one’s last period. Texas’s law, which puts an end to abortion access at six weeks, means that a pregnant person has two weeks from the earliest they could even know they were pregnant to seek the procedure. This is if they have regular menstrual cycles averaging 28 days, are aware of the precise dates of them, and if the pregnancy itself is proceeding as anticipated. Home pregnancy tests measure the hormone HCG, and when that becomes detectable in urine isn’t standard. For some, it can be ten days after conception — a date which itself cannot be calculated, but could be somewhere around days 12 or 14 or 16 of one’s cycle. For many, it’s not detectable so soon. They may not know they’re pregnant until outside of that six-week window.

Moreover, the cells within the uterus are simply an embryo until week 10 of pregnancy. From there until birth, it’s known as a fetus. The first ten weeks of pregnancy are like gathering the ingredients for a cake; the weeks following are the stirring, mixing, and baking of that cake. Until the fetus enters the world, it is not a child, just as a cake is not a cake until it’s finished in the oven.

It’s not that legislators don’t know how pregnancy works. The law was designed this way on purpose. It’s punitive, it’s controlling, and it’s anti-science.

Beyond that, though, pregnancy termination is a decision that isn’t made lightly. There are numerous reasons why one may make the decision, including the health of the pregnant person; the viability of the embryo or fetus; rape, incest, or other sexual assault; or simply because bringing a baby into the world is something they can’t do — or don’t want to. Any and every reason behind the decision to terminate pregnancy is valid.

This is not a women’s health issue. It’s a health issue. Pregnant people may be of any gender, and all deserve this safe, common procedure available to them without fear or hurdles and those who provide these services should not be bountied by the state.

Planned Parenthood is at the forefront of providing reproductive healthcare services to all genders. The organization was founded by Margaret Sanger in 1916 in Brooklyn, New York, where she made birth control accessible to those seeking it out. Sanger was a noted eugenicist, something the organization not only openly discusses, but points to as one of the reasons behind racial disparities in reproductive health services. Her work was founded on principals of white supremacy and ableism, and it’s clear that those echo more than 100 years later in access to medical care — and in laws like this in Texas.

Over the decades, Planned Parenthood has grown tremendously and their vision and work has expanded beyond access to birth control. They offer hormone replacement therapy for transgender patients, cancer screenings, access to Plan B (which many do not realize is not a viable pregnancy termination option for patients over 165 pounds), and more, all available to patients via their insurance or through reduced or no cost options. Planned Parenthood has lobbied on behalf of all genders for reproductive health at the national level and continues to do so.

Their work is essential both for patients and for the country at large.

Planned Parenthood of Greater Texas, one of the organization’s many chapters, is at the forefront of fighting the state’s abortion law. They’re in court to get it changed, and while battling the legal aspect, they’re operating as normal, working to provide critical healthcare, including abortions, to those who need it.

Among the actionable steps Planned Parenthood of Greater Texas shares for how anyone can help in the fight to protect residents’ rights to accessing this legal medical procedure include: