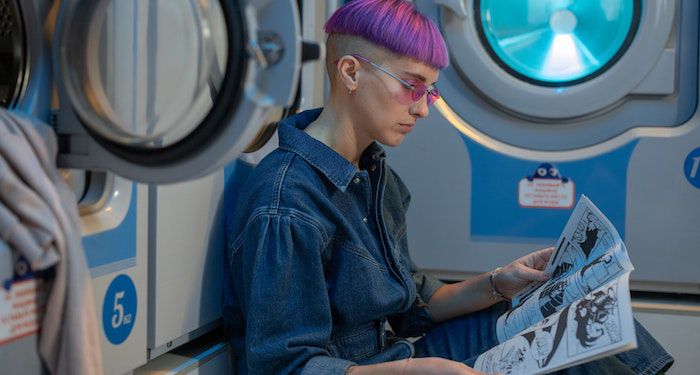 When people talk about “the Middle East,” it can mean many things. The Middle East is not a monolith, and some areas that were considered “Middle East” now have other geographic descriptors. These territories/regions are typically included in the category of Middle East: Akrotiri and Dhekelia, Bahrain, Cyprus, Egypt, Iran, Iraq, Israel, Jordan, Kuwait, Lebanon, Oman, Palestine, Qatar, Saudi Arabi, Syria, Turkey, United Arab Emirates, and Yemen.

As you can imagine, there are many different kinds of government, many different cultures, ethnicities, and religions. If you’ve ever looked at guidebooks of this area or visited, you know what a breathtaking area it can be; full of history, relics, and communities. But it can also be a tumultuous region.

These comics/graphic novels show the joy, the history, the complexity, and the heartbreak of the region in a variety of ways. This is by no means a complete list — in fact, it merely scratches the surface of graphic novels available and the myriad stories that are out there. 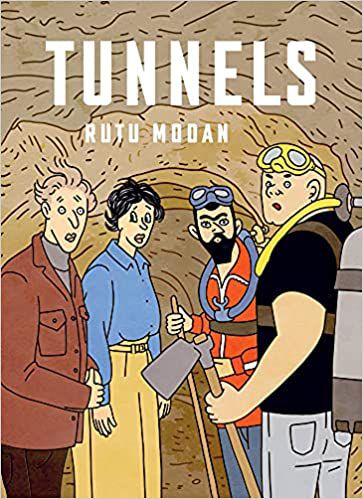 The Ark of the Covenant could be the most important religious artifact in the Middle East. When an antiques collector donates his collection to Hebrew University in Jerusalem, archaeologist Nili decides to honor her father’s work and revive his legacy by searching for the Ark of the Covenant. In this fun graphic novel, Modan has created a story of a race to discover the artifact with a cast of unlikely characters: Nili, her duplicitous brother, her Palestinian friend she’s known since childhood who now smuggles archaeological findings, a religious nationalist and his youth followers, and others. Modan crafts this story with real-life information from searches for the artifact, along with the ever-present backdrop of political crises, and manages to create a fast-paced, entertaining, and funny story. 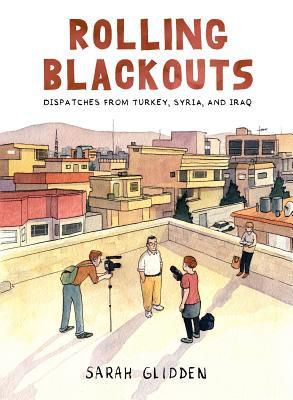 In this graphic novel, Glidden goes with two journalist friends to the Middle East as they research stories on the effects of the Iraq War. She observes her friends talking with people they meet: civilians, refugees, administrators, and even an American Marine who joins them. What she finds is that everyone wants to talk, and everyone has their own story about how they were affected — there is no one story or one viewpoint. Paired with her illustrations, this makes for a highly readable, informative, and compelling read. If you like this one, her graphic novel How to Understand Israel in 60 Days or Less is also recommended. 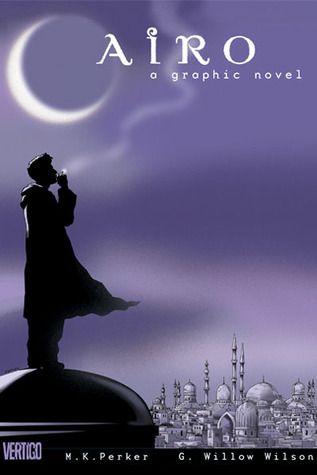 If you’ve ever read Wilson, you know what a treat her writing is. This graphic novel, illustrated by Perker, brings together a group of individuals, including a drug runner, an activist, and a genie, to find a stolen hookah. She weaves together Egyptian mythology and folk tales, along with politics, love, and humor to craft a fast-paced, fascinating story that will hook you from the beginning. 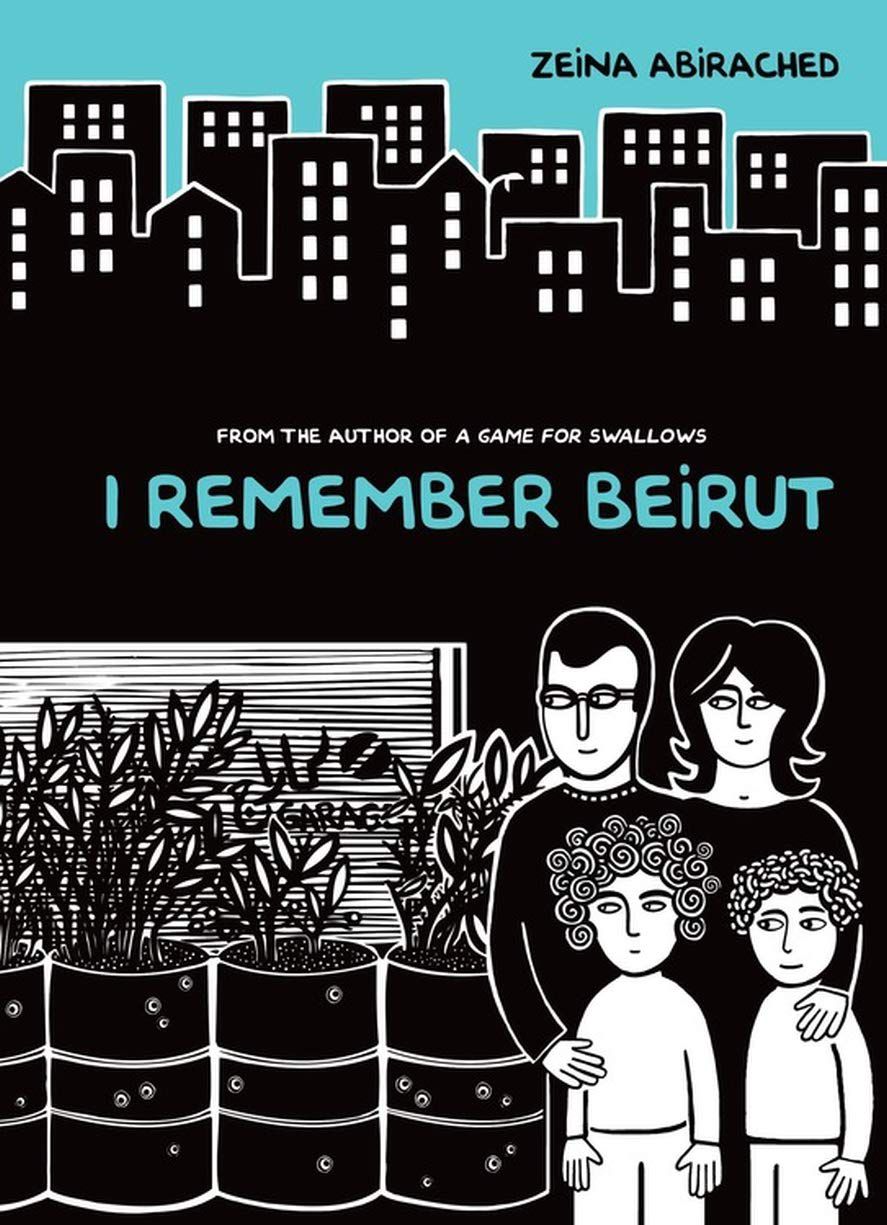 I Remember Beirut by Zeina Abirached

Abirached was born in 1981 in Lebanon. In this graphic memoir, she writes about growing up there while tensions and fighting between Christians and Muslims grew worse and worse. She is strikingly honest and raw when describing her life in a war zone, making this a powerful book, with stark black and white illustrations. 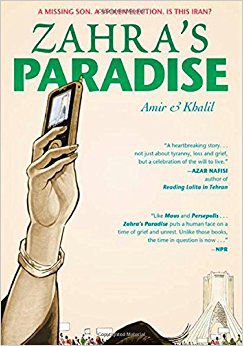 This first started online as a serialized webcomic and was then printed in graphic novel form. It takes place after the (fraudulent) elections in Iran in 2009 and is a fictional story about Mehdi, a protestor who has disappeared. His mother refuses to give up the search for him, and his blogger brother is not only looking for him but is also exploring the socio-political environment in which his brother’s disappearance is part. While this story itself is fiction, it brings to light many true, real-world issues. 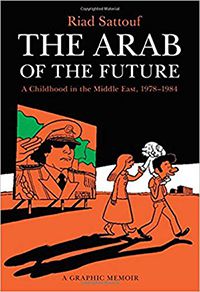 The Arab of the Future: A Childhood in the Middle East, 1978-1984: A Graphic Memoir by Riad Sattouf

This is the first book in his Arab of the Future series, and it is about Sattouf’s childhood in rural France, Libya under Gaddafi, and Syria under Assad. His mother is a modest French student and his father is a Syrian Pan-Arabist, taking his family different places in pursuit of an Arab nation. It’s a personal story about family, set against political backdrops, and Sattouf manages to blend the two seamlessly. You’ll be grateful for the other books when you’re done this one because you won’t want to stop reading.

The Complete Persepolis by Marjane Satrapi

This graphic memoir has been around for a while, but it’s fabulous and a must-read. It’s the story of Satrapi’s childhood and life in Tehran during the Islamic Revolution, her high school time in Vienna, her return to Iran, and her eventual self-exile. She captures what it was like to be a girl and woman during that time, the upheaval and conflict in her country, family life and changes, and finding out what it means to reconcile the past into the present — all with both a sense of humor and a sharp, critical, and thoughtful eye. 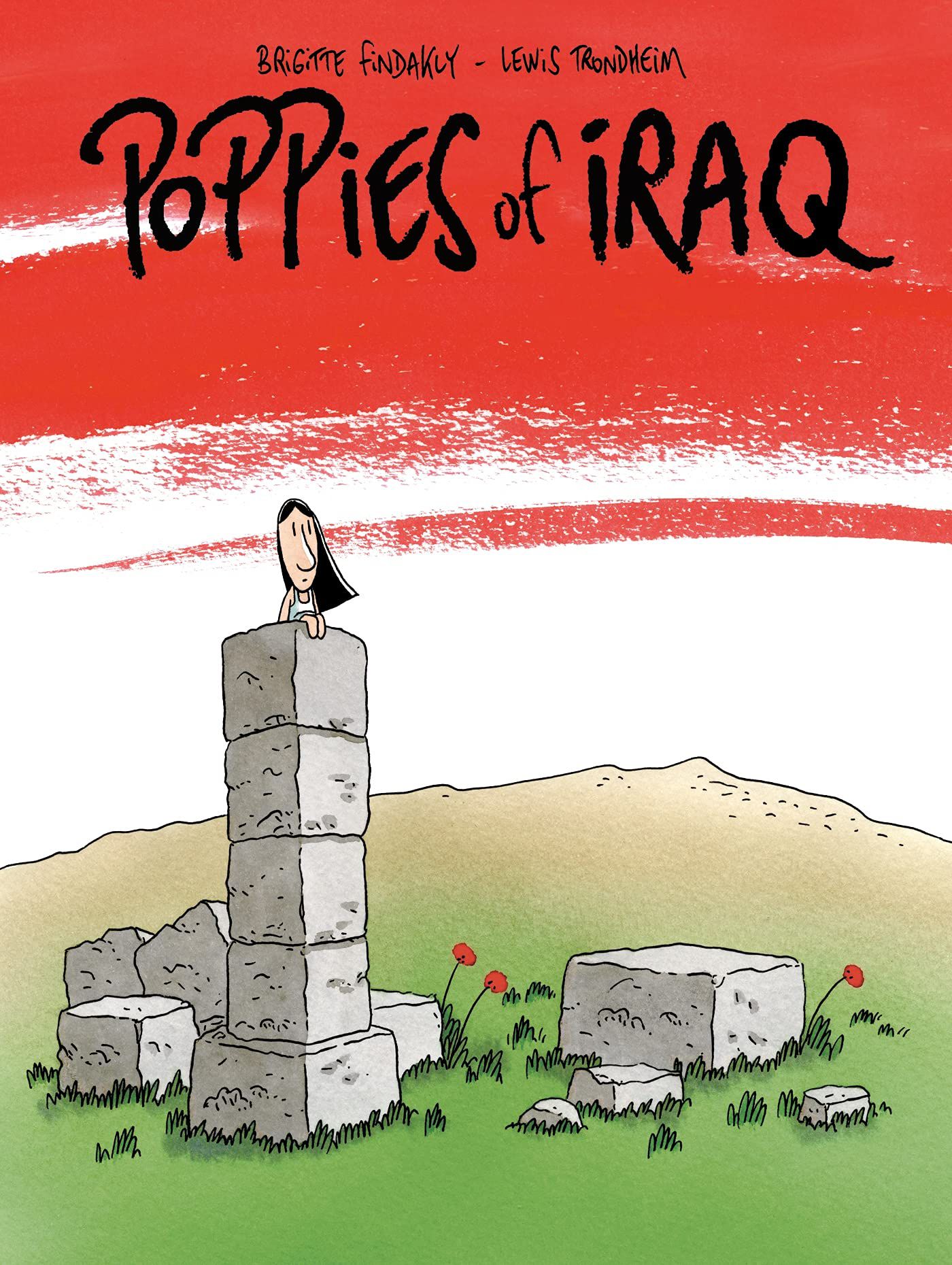 Findakly has created a beautiful graphic novel about growing up in Iraq. She writes about cultural aspects, the education system, Saddam Hussein’s rule, and her family’s practices as Orthodox Christians. As things get worse, even as her family hopes things will turn around, they decide to move to Paris, and while Findakly doesn’t feel at home there, she doesn’t feel tied to her home back in Iraq as it is, either.

There are so many graphic novels and memoirs of this region from which to choose, and these are a great place to start. What’s first on your reading list?

For more on the Middle East, check out this post on nonfiction, and if you want some suggestions for novels by Middle Eastern writers, this post can help.