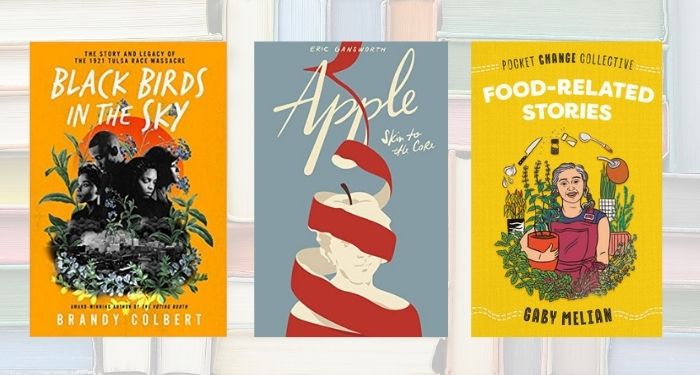 Essential YA Nonfiction: A Guide to Reading Widely | Book Riot

Essential YA Nonfiction: A Guide to Reading Widely was originally published in our YA newsletter, What’s Up In YA. Sign up for it here to get YA news, reviews, deals, and more!

We know YA nonfiction isn’t as popular as YA fiction for a host of reasons, and I’ve written here numerous times about how it’s often forgotten or left off lists of “the best” or “most influential” YA titles.

YA nonfiction, even if it’s not as easy to “sell” to a reader with a simple pitch, is popular with teens. I only wish it could get the same recognition from adult readers and advocates. Award-winning titles don’t see the same level of love as fiction does, and even the fantastic range of Young Reader Editions made available now are often overlooked as “just” simplified versions of the adult texts.

And though I think a lot of the reasons mentioned over the last few years of exploring about this are true, another component might be much simpler: where do you start with YA nonfiction? For readers who haven’t been invested in it or picked it up readily, it can be intimidating to begin. Children’s nonfiction writer Melissa Stewart is one of my favorites to point to for helping navigate youth nonfiction and specifically, her guide to understanding the five types of nonfiction. I always saw nonfiction in two categories, narrative and nonfiction, but I think the identification and explanation of five categories makes perfect sense. Those categories, as Stewart explains, really solidified over the last 25 or so years as nonfiction itself expanded.

It’d be unfair and disingenuous to try to compile “essential” guide to YA nonfiction. But instead, what’s possible to do is offer a roadmap for navigating the other side of YA, with some ideas of what’s within these categories, to better discover exciting, compelling, and fun reads — as well as books that may “simply” be the kinds of books readers turn to for writing a report or learning a new skill (“simply” because they’re both anything but and because the days of being stuck with just a handful of pricey educational tomes that cost a lot of money are long gone!).

Let’s take a look at the five categories Stewart offers and how they apply to YA nonfiction. Once you’re able to see the different styles of nonfiction, it becomes easier to see what it is that might interest you as a reader or how you can better book talk or create displays of these books for young readers.

The idea behind the traditional nonfiction is that it serves as a tool to offer as much information about a topic as possible and includes an excellent appendix of references and primary sources. It likely has a narrative to it, but it’s not required to be driven by that narrative. In YA this is a little more tricky to explain than it is in children’s nonfiction.

Stewart, in the above-linked piece, showcases a book about rain as an example of a traditional nonfiction book: it’s as comprehensive as possible about the who, what, where, when, why, and how of rain. It’s the kind of book you’d pick up if you want as large a scope on a topic as possible, and it’s the kind of a book you might hand a teen reader who has a report to write or who wants to know as much about something as possible.

While it’s true many teens would head straight to adult nonfiction for their report needs, there are plenty of excellent traditional nonfiction titles for young adult readers. We’ve seen a few really solid ones this year alone, including Revolution In Our Time: The Black Panther Party’s Promise to the People by Kekla Magoon and Black Birds in the Sky: The Story and Legacy of the 1921 Tulsa Race Massacre by Brandy Colbert. These make for outstanding introductions to a large topic, and in the case of both of these books, they’re noteworthy explorations specifically designed for teenagers to become intrigued, knowledgable, and eager to act upon that knowledge by applying it to today’s world. Both of these books have a strong narrative to them, but the narrative isn’t as specific as will be seen in later examples. Rather, the traditional nonfiction looks big, even if it’s within a tight timeframe or topic.

Something exciting about the traditional form is how it’s shifting in YA. For years when working in libraries, I had to buy pricey texts for teen readers on a topic that were often short — they’d hit the necessary page number for a report requirement for a class assignment — and the writing itself would be serviceable at best. It made far more sense at that point to send teens to the adult books, which offered more comprehensive options with better writing.

It’s clear now with better offerings how weak this area was for a long time. Keep an eye here because it’s only going to get more exciting and dynamic and I wouldn’t be surprised if this is where more adults turn to learn about a topic first because the writing is tight, well-researched, and offered in a compelling, engaging manner.

Browsable nonfiction can take a number of forms, but this is the kind of quick hit literature that readers can pick up and put down without losing anything. They’re often — though not always — image heavy, and while they might offer a wide view of a topic like traditional nonfiction does, they’re not interested in being as comprehensive as possible.

Stewart offers the DK books as an example in children’s nonfiction. But what about in YA nonfiction?

One that comes to mind immediately is the fantastic Girlhood: Teens Around the World in Their Own Voices by Masuma Ahuja. This book features short narratives about girls around the world who are sharing their daily lives through journal entries, photos, and other scrapbook-style elements.

Likewise, the growth in collective biographies in YA nonfiction fall perfectly into the browsable category, too. Rachel Ignotofsky’s Women in Science, Women in Art, and similar titles engage readers through lively illustrations and one or two page entries about individual women who’ve contributed to their fields. While some readers will absolutely read these books cover to cover, the books are, by nature, welcoming to short bursts.

Books about “taboo” topics in nonfiction do especially well in the browsable style, particularly in libraries. “Taboo” in quotes because there’s nothing shameful or taboo about gender, sex, or sexuality, but for teen readers, there may be shame or guilt they feel in seeking out these texts. This is where the browsable format can be so great — they’re able to peruse at their leisure, perhaps at a library or bookstore, when they feel safe to do so.

Readers who are most tentative about nonfiction would likely find narrative nonfiction to be the ideal place to begin. These books have a structure that’s similar to fiction, in that there’s a lot of fluid movement in the text and often an arc similar to fiction with rising and falling action throughout.

Narrative nonfiction includes memoirs, can include biographies, and includes the kinds of stories which compel a reader to keep going. In YA, a lot of these are books that home in on a single story within a bigger event, such as The Faithful Spy: Dietrich Bonhoeffer and the Plot to Kill Hitler by John Hendrix, Vincent and Theo: The Van Gogh Brothers by Deborah Heiligman, and the array of fantastic books by Steve Sheinkin, including The Port Chicago 50: Disaster, Mutiny, and the Fight for Civil Rights, Bomb: The Race to Build — and Steal — the World’s Most Dangerous Weapon, and Undefeated: Jim Thorpe and the Carlisle Indian School Football Team.

Where some might argue the books mentioned in the traditional category might fit better here, Stewart explains the distinction best: “The scenes, which give readers an intimate look at the world and people being described, are linked by transitional text that provides necessary background while condensing parts of the true story that aren’t relevant to the author’s purpose.” In other words, in a book like Hendrix’s, we get the background of World War II and the context to Bonhoeffer’s moment in time, without that becoming the story. These are more narrow than broad, even within a tight time frame.

Further examples of narrative nonfiction (this list could be the bulk of this look at nonfiction in YA!):

The expository category is a little trickier to explain without context, which Stewart offers in her guide. With the rise of great information websites, the need for straightforward traditional nonfiction shifted and with it, the rise of expository nonfiction that explores a topic with delight and information. As it relates to YA nonfiction, there’s certainly some overlap with narrative, but there are a number of great examples of expository nonfiction — and indeed, a lot of these fall in that zone of nonfiction perfect for older middle grade and younger YA readers.

Gail Jarrow does this well with Bubonic Panic: When Plague Invaded America (among many of her other nonfiction books), as does the team of Mark Aronson and Marina Budhos with Sugar Changed the World: A Story of Magic, Spice, Slavery, Freedom, and Science. Both are STEM-forward titles, which is one of the strengths in expository nonfiction — it’s a place to put science and technology in context of history and modernity in clever and compelling ways. You’ll see below, too, some true crime focused stories that allow a reader to zoom outward to today’s world.

It’s tempting to call this the “fun” nonfiction and in a lot of ways, it is. This is where you have your how-to books, your cookbooks, your guides to getting creative and learning new skills. But equally important in active books are activism books — guides to getting involved in politics, in climate justice, in racial justice, gender justice, and more.

The active nonfiction category in YA continues to grow, thanks to books like Feminist AF: A Guide to Crushing Girlhood by Brittney Cooper, Chanel Craft Tanner, and Susana M. Morris, Rise Up: How You Can Join The Fight Against White Supremacy by Crystal Marie Fleming, and Taking on the Plastic Crisis by Hanna Testa (along with various other books in the “Pocket Change” collective series).

While not all nonfiction books fit neatly into a single category — a great example might be Disability Visibility: Young Reader Edition edited by Alice Wong, which is a series of narrative essays about disability, falling both into narrative and browsable, as well as even into expository — knowing the distinctions can be super helpful in approaching these books.

Once you’re able to discover what it is you like about nonfiction, the easier it becomes to find similar styles.