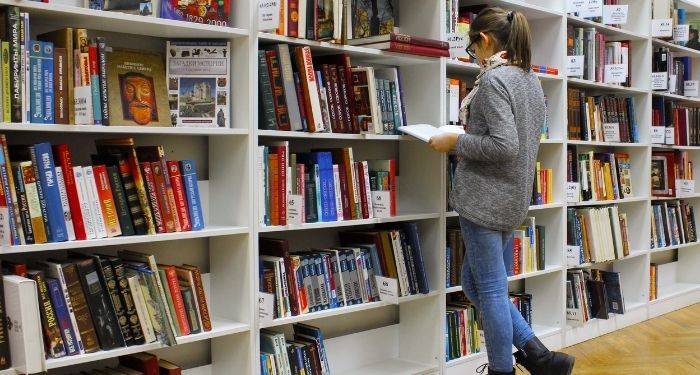 Growing up in a predominantly English speaking environment, my media consumption mirrored that. I read books in English, watched TV in English, played video games in English. My perception of what is popular is, of course, based on that. Bestseller lists, must-reads, they’re all dominated by what’s being read most around me.

So, let’s explore a few genres that are popular in languages other than English.

Wuxia is a genre of Chinese fiction that revolves around ancient China and martial arts. The genre centers around martial arts history, Chinese history, and a hero at the center of it all. The main character is usually a young man who suffers a tragedy and becomes a master in martial arts to right the wrongs done to him or to the world.

The heroes typically follow the philosophy of xia, the closest English translation being chivalry, which values righteousness and honor. Translation is difficult as the genre is ingrained so deeply in Chinese history and culture, a reader unfamiliar would struggle to keep up. Characters from these books and films are major features of pop culture in Chinese-speaking areas.

Some popular novels in the genre include The Legend of the Condor Heroes by Jin Yong and The Wanderer Chronicles by Liang Yusheng.

Crônicas, or chronicles, are Portuguese short-form essays that discuss daily activities popular in Brazil. They are often posted in newspapers or magazine columns. The writers typically take a first-person, informal, and sometimes funny tone. Observations, conversations, stories, and more are all welcome in this genre. They can sometimes be fictionalized short stories revolving around current events or critique some aspect of society as well.

Writers of these chronicles, referred to as cronistas, might get a regular column, like Clarice Lispector. She wrote a weekly column in Jornal do Brasil every Saturday from 1967 to 1973.

Some compilations of these crônica include Selected Cronicas by Clarice Lispector, Cronicas Escolhidas by Machado de Assis, and Melhores Crônicas by Rachel de Queiroz.

Popular in Japan, the business novel isn’t what you’d think. It’s not business advice and nonfiction. No, it’s actually a novel about a businessman!

The main characters are usually mid-level workers in finance or banking encountering real-world problems in the world of business. Things like fraud, buyouts, and corruption. The authors often work in the corporate or business world themselves or heavily research their novels. Readers can identify with the main characters as they try to take on the very same issues they may be dealing with themselves.

Some examples in this genre include Supermarket: A Novel by Satoshi Azuchi, The Lost Generation Strikes Back by Jun Ikeido, and Hagetake by Jin Mayama.

While noir novels aren’t strangers to English-speaking people, the sub-genres that have emerged like Polish noir have distinct characteristics. Similarly to Nordic noir, Polish noir puts an inspector or prosecutor at the center of the novel. What sets these apart is their setting.

Often set, and based around, Poland’s tumultuous history, these novels weave history in to their narratives. The characters may have to face antisemitism, Polish-German relations, or social issues while on the case. As with Nordic noir, some of these Polish novels have begun to make their way into the English markets too.

Some popular examples are Girl at Midnight by Katarzyna Bonda, Entanglement by Zygmunt Miłoszewski, and The End of the World in Breslau by Marek Krajewski.

I’m sure there are many, many other genres of literature out there that aren’t in English, but I hope these few got you intrigued enough to look into it further. Stretch your reading tastes and learn something new while doing it.

Does this post have you inspired to stretch your reading borders further? Try reading one book per country or go around the world in 80 books!