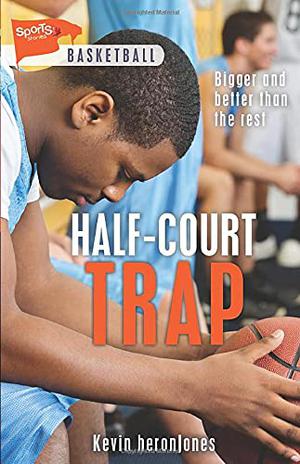 
From the Track series

Castle “Ghost” Cranshaw feels like he’s been running ever since his dad pulled that gun on him and his mom—and used it.

His dad’s been in jail three years now, but Ghost still feels the trauma, which is probably at the root of the many “altercations” he gets into at middle school. When he inserts himself into a practice for a local elite track team, the Defenders, he’s fast enough that the hard-as-nails coach decides to put him on the team. Ghost is surprised to find himself caring enough about being on the team that he curbs his behavior to avoid “altercations.” But Ma doesn’t have money to spare on things like fancy running shoes, so Ghost shoplifts a pair that make his feet feel impossibly light—and his conscience correspondingly heavy. Ghost’s narration is candid and colloquial, reminiscent of such original voices as Bud Caldwell and Joey Pigza; his level of self-understanding is both believably childlike and disarming in its perception. He is self-focused enough that secondary characters initially feel one-dimensional, Coach in particular, but as he gets to know them better, so do readers, in a way that unfolds naturally and pleasingly. His three fellow “newbies” on the Defenders await their turns to star in subsequent series outings. Characters are black by default; those few white people in Ghost’s world are described as such.