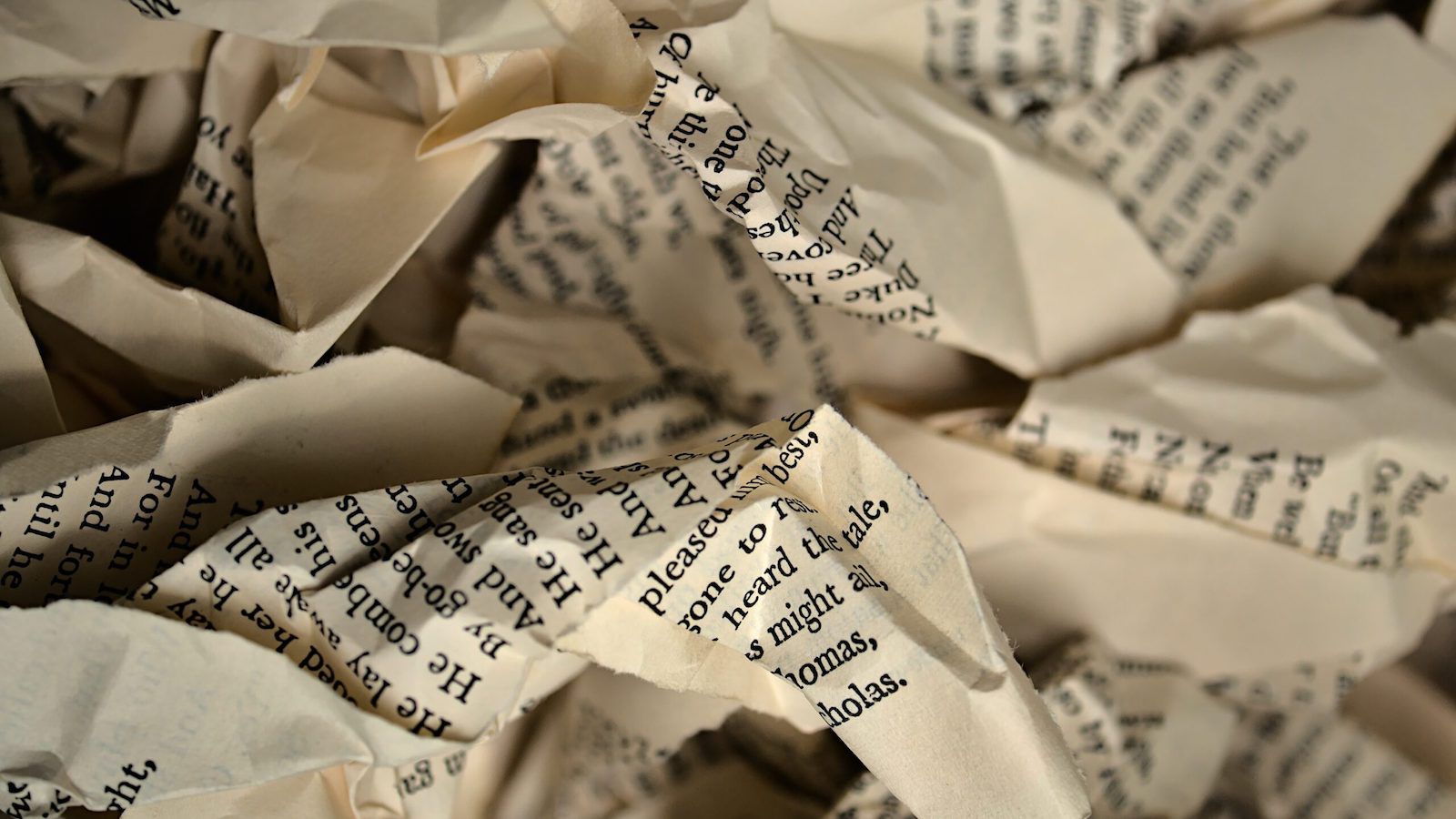 How do book challenges relate to the disintegration of public education? While it seems that book challenges are about removing any discussion of people of color and queer people from classrooms — a truth worth acknowledging — it’s much bigger than that. Book challenges are one of the many prongs being used by right-wing, faith-based groups to destroy public education as a whole in order to fight for school choice, vouchers, and a white-washed, “liberty” centric history.

School board meetings have been inundated with angry parents, many aligned with groups like Moms for Liberty or No Left Turn or variations of similar local “parents rights” groups. They’re attending the meetings and fighting against books in the curriculum or libraries that go against their faith-based beliefs. In addition, they’re monitoring school boards for vacancies and being trained by groups with deep pockets to run for those very boards as a means of destroying the system from the inside. Further groups, including conservative, Christian-aligned publishers like Brave Books and Heroes of Liberty, begin to donate these titles to schools and libraries while also spending scads of cash to rally more parents to request these titles for library and classroom collections (see: “Moms of Libraries,” as well as library workers noticing an uptick in requests for books from either of these so-called “publishers” — these publishers are backed by dark money and money from major groups like the Heritage Foundation).

Book challenges are a tremendous waste of time for schools and their employees. The costs are high in time and in money, and they become a convenient arguing point for these groups, who can point to this as educational bureaucracy and a poor use of taxpayer money. If the books weren’t there in the first place, staff wouldn’t need to spend all of this time creating policies and procedures nor following them.

A slew of legislation across the U.S. only furthers this part of the agenda. In states like Indiana, Kentucky, Illinois, Iowa, and several others, politicians with established ties to these faith-based groups are proposing that schools now list every single book they own on their website so parents have quick access. It’s “transparency,” despite the fact that every single book in a library is available for parents to peruse via the library’s catalog. But by demanding a list, they’re wasting more time, more effort, and more money, further amplifying their message of how public schools are poorly using taxpayer dollars.

With this, these same faith-based, right-wing groups then demand vouchers for school choice because they don’t believe their tax money is being used appropriately. (Note: masks are a part of this argument, too, and you’ll see the book challenges and mask mandates go hand-in-hand.)

You can see this play out in Waukee, Iowa, a Des Moines suburb.

Back in October, parents complained about a number of queer books in the school district’s library. It wasn’t necessarily all parents in Waukee, as one of the loudest at the school board meeting didn’t have children in the district at all. This happened less than a week before elections would decide who sat on that school board. The election was a high-interest one, as eight candidates ran for a total of four seats, and four of those candidates were conservative. They’d created a political action committee called “Warriors & Wolves United,” and their actions follow in step with this handy guide from Citizens for Renewing America. Citizens for Renewing America is a right-wing advocacy group founded by Trump’s former budgetary advisor Russell Vought.

Ty Rushing does an excellent job highlighting more about this particular political action group. The long and short is that the group lost the election, and if you follow the money, you see the ties to the Koch brothers.

Now, having lost the school board election, it’s interesting to see a new political action group in Waukee has filed paperwork with the state, Concerned Waukee Parents. The paperwork was filed by the same person involved with the paperwork for Wolves & Warriors.

Though Wolves & Warriors United’s funding source disclosures don’t point to any single individual or group bolstering their campaign, one of the ways they can circumvent such disclosure is through the sale of merchandise. They pushed this through their campaign, and even a cursory look through their social media posts and the social media posts about the group link them to another political action group in Iowa: Iowans for Freedom. That group’s events showed up in Let the Parents Decide Waukee, another tool used by these groups to push right-wing, faith-based conservative agendas in the schools.

Funding for Iowans for Freedom comes via the Family Leader — which “provides a consistent, courageous voice in the churches, in the legislature, in the media, in the courtroom, in the public square…always standing for God’s truth” — and the Family Leader gets its funding from Focus on the Family*.

The Family Leader is located in Urbandale, Iowa, which feeds students into the Waukee schools.

Focus on the Family, aside from being grounded in right-wing, faith-based, white supremacist beliefs, not only has tremendous money, but also runs trainings to educate people on how to run for school boards and fight back against “woke” agenda. For them, “woke” agenda is anything not faith based.

Zoom out for a moment to Iowa as a state. One of the current bills in legislature is the so-called “educational savings account,” a pro–school choice initiative that would allow private citizens to dip into taxpayer money for vouchers that would allow their students to attend a private school. The idea is to create competition so public school would need to “do better,” and as the senators behind the bill note, it’s rooted in the battles over masks and book in public schools. The clever caveat here from the senators is that minority students are falling behind in public schools and giving them the chance to attend private schools on taxpayer money might help those test scores.

Waukee’s school board on Monday night approved a resolution in opposition to this legislation, calling instead for the state to reinvest in public education.

At that board meeting? Parents like Josh Briggs, whose name is attached to the paperwork for Concerned Waukee Parents. Briggs wants vouchers to create competition and to allow for children to attend any school they please. Perhaps, even, one of those private, faith-based schools; this is a convenient way to circumvent the separation of church and state, as granted by the First Amendment — the very Amendment these book challenges undermine.

Who is supporting and indeed, helping fund bills like this school choice one in Iowa? The Family Leader.

Koch and other heavy funders also back republican senator Jake Chapman, is among those behind Iowa SB 2198. This wide-ranging bill includes a proposal for Bible studies classes in public high schools to fulfill social studies requirements for students who choose to take it. Republican senator Jeff Taylor told KPVI that “Why the Bible? It has a disproportionate influence on U.S. history and American culture. That’s just the way it is, good or bad, like it or don’t. Culturally speaking, there’s no comparison.” Other religious works would not be included in such a course.

This same story is playing out across the U.S. Different players, different group names, but the funds behind them are coming from big organizations like Focus on the Family, the Heritage Foundation, and others that emphasize a singular white, conservative, Christian perspective and nothing else.

Note that this doesn’t mean schools or libraries shouldn’t have books by or about people with deep faith. They should, especially if they’re serving their community. But those books should come from the host of reputable publishers creating them, with editors and an entire team dedicated to accuracy and quality behind them, not organizations with money and an agenda.

What it doesn’t mean, though, is that groups like this should fund and infiltrate schools with their ideology.

It’s a tremendous uphill battle, and faith-based, right-wing groups have money. They’re funding propaganda and misinformation campaigns, packaging it in a way that tries to emphasize how schools are grooming children and handing them pornography. These buzz words unite them, as well unite them with their faith and belief that they should be able to use taxpayer dollars to choose where their children go to school.

These tactics are purposeful, coordinated, and damaging. It’s about removing queer voices and voices of color. But it’s also much more than that: it’s about indoctrinating children with Christian conservative values. It’s about lying and using money to keep lying.

For more ways to take action against censorship, use this toolkit for how to fight book bans and challenges, as well as this guide to identifying fake news. Then learn how and why you may want to use FOIA to uncover book challenges.

*Yes, the very one Josh Duggar worked for while being tried for and found guilty of possessing child pornography. Christian family values indeed. That the folks behind films like The Mind Polluter, a current favorite right now among group like Moms, No Left Turn, and other pro-censorship coalitions, conveniently fail to draw that line.