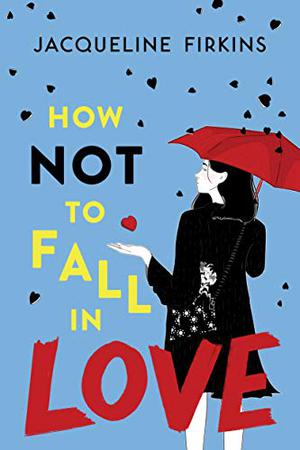 HOW NOT TO FALL IN LOVE | Kirkus Reviews


Years of working at Beneath the Veil, her single mother’s bridal boutique, have shown Harper the reality of love and weddings, and a summer fling that ended badly only added to her cynicism. But this doesn’t stop her from sneaking glances at Felix, the cute boy from school who works out at the gym across the street, even if she has no plans of ever asking him out. Her best friend, Theo, on the other hand, is a complete romantic who keeps getting his heart broken by girls who don’t reciprocate the intensity of his feelings. When Harper offers to teach Theo how to date without becoming too invested, Theo agrees—on the condition that Harper leads by example. She accepts the challenge and approaches Felix, who turns out to be as attracted to Harper as she is to him. She soon realizes that maintaining indifference might be more difficult than anticipated, especially if the romance that she’s been rejecting might be something she wants after all, despite her fear of breaking up. The story effectively strikes a balance between sweet, serious, and steamy (though not explicit), with Harper’s sardonic narration adding nice touches of humor. Her anxiety over relationship failure, which she equates with personal failure, is portrayed realistically and with sympathy. Harper and Felix are White; Theo has two moms and has Swedish, Greek, and Puerto Rican heritage.