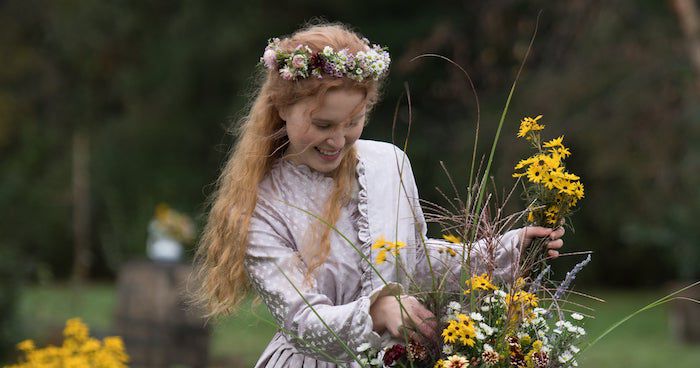 In defense of Beth March

I was all of 8 years old when I first read Little Women. As many other kids, I became instantly drawn to Jo March: she was independent, feisty, and a writer; ergo, she was everything I wanted to be. I liked all the other sisters well enough, but I always found Beth to be the least interesting of the four. But as I read and reread the book, and my perspective shifted from a little girl’s to a teenager’s to an adult’s, my perception of the novel, and of Beth in particular, has undergone a significant change.

Beth March has been serially underestimated and misunderstood for years. I get it: in a world where women are told to be meek, eternal helpers to everybody else, it’s easy to feel that Beth is little more than a portrait of the exhausting, selfless womanhood we’re told to aspire to. But all it takes a closer look to see that she is more than that.

She is Not Weak

One of the misconceptions that irk me the most is the notion that Beth is weak because she is shy and nervous around people. Let me preface what I’m about to say with the disclaimer that I am not a mental health professional. I am, however, somebody who has suffered from an anxiety disorder, and I’m a teacher who works with kids with anxiety all the time. The reality here, at least from my point of view, is that Beth has debilitating social anxiety. One of the very first things we’re told about her backs this up:

Beth was too bashful to go to school; it had been tried, but she suffered so much that it was given up, and she did her lessons at home with her father.

It is not said that Beth suffered at school because she was mistreated by her teachers or classmates. There is nothing here to suggest that this problem was external. When a child has such a problem with people that going to school is a painful experience in and of itself, we have moved far beyond mere shyness.

The idea that Beth is weak doesn’t hold up to any textual evidence:  this girl has strength and willpower enough that she will continue her studies by herself, as a homeschooled 13-year-old, even after her father goes to war. She faces her own paralyzing fear of people to thank a stranger who gives her a kind gift. She keeps up with what she sees as her responsibilities in the household (listen, she’s a child for the whole novel. The entire house was not her responsibility) and her sisters’ chores as well, once both her parents are away. She remains steadfast in her cheerfulness, to the point that even her sisters are counting on her emotional strength. Not to put too fine a point on it, but all these events happened when the March sisters were kids. I have a hard enough time facing adult responsibilities now that I’m in my 30s.

She’s Not Dull, Either

I’ve also seen it said that Beth is dull and uninteresting. I can’t see why. Sure, I can see why she would be uninteresting to people who have little in common with her, but that doesn’t make her dull. Just not everybody’s cup of tea.

A paradox that has always interested me about Beth is how many of her interests come down to connecting with other people, despite finding it so hard to interact with them. From the beginning, we learn that she loves playing with dolls, and she treats them like actual people, to the point where she literally says goodnight to them. Beth was looking for connections, in her own way, from page one. Later on, when she has grown up enough to carry on her mother’s visits to poor families, she continues with them until she almost dies from scarlet fever after visiting the Hummels — despite feeling poorly to begin with.

The real tragedy of Beth’s story isn’t that she died before she was even out of her teens. It is that even she bought into the notion that she was not as good or strong as the rest of her family:

I have a feeling it never was intended that I should live long. I’m not like the rest of you; I never made any plans about what I’d do when I grew up; I never thought of being married, as you all did. I couldn’t seem to imagine myself anything but stupid little Beth, trotting about at home, of no use anywhere but there.

The more I read Little Women, the more this passage makes me angry. I love this novel, in the nostalgic way that one loves something that once impacted one’s childhood, but so much about it irks me now that I read it as an adult. This part in particular? The part where an 18-year-old girl dies thinking that she wasn’t good enough to live? Where she calls herself stupid because she didn’t really consider her future despite being a literal child? This part infuriates me. Beth March deserved to live as much as anybody else. And she has been misunderstood long enough.