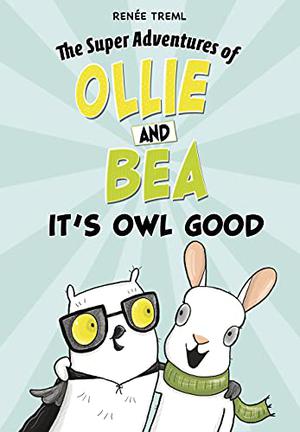 
From the Dog Man series

Recasting Dog Man and his feline ward, Li’l Petey, as costumed superheroes, Pilkey looks East of Eden in this follow-up to Tale of Two Kitties (2017).

The Steinbeck novel’s Cain/Abel motif gets some play here, as Petey, “world’s evilest cat” and cloned Li’l Petey’s original, tries assiduously to tempt his angelic counterpart over to the dark side only to be met, ultimately at least, by Li’l Petey’s “Thou mayest.” (There are also occasional direct quotes from the novel.) But inner struggles between good and evil assume distinctly subordinate roles to riotous outer ones, as Petey repurposes robots built for a movie about the exploits of Dog Man—“the thinking man’s Rin Tin Tin”—while leading a general rush to the studio’s costume department for appropriate good guy/bad guy outfits in preparation for the climactic battle. During said battle and along the way Pilkey tucks in multiple Flip-O-Rama inserts as well as general gags. He lists no fewer than nine ways to ask “who cut the cheese?” and includes both punny chapter titles (“The Bark Knight Rises”) and nods to Hamilton and Mary Poppins. The cartoon art, neatly and brightly colored by Garibaldi, is both as easy to read as the snappy dialogue and properly endowed with outsized sound effects, figures displaying a range of skin colors, and glimpses of underwear (even on robots).

More trampling in the vineyards of the Literary Classics section, with results that will tickle fancies high and low.
(drawing instructions)
(Graphic fantasy. 7-10)