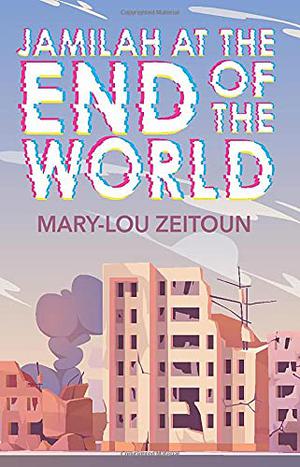 JAMILAH AT THE END OF THE WORLD | Kirkus Reviews


At 17, Jamilah is the eldest child in her family; her father emigrated from Palestine, and her mother is White. Her anxiety over climate change pushes her to try to transform the family garage into a survival bunker—and that means figuring out how to buy a $2,000 generator. College is not on her mind even though her parents want her to attend. Climate change is what occupies Jamilah’s every waking thought, but no one else in the family seems to care about it. Her 15-year-old sister, Noor, works at a coffee shop and hangs out with her girlfriend, Beth. Her brother, George, 12, is obsessed with video games. Undeterred, Jamilah begins stockpiling canned goods, batteries, and other essentials for the climate apocalypse in her bedroom closet. But when a national climate protest is announced in Ottawa and a climate encampment group sets up in her neighborhood park, Jamilah is forced to think beyond her individual approach to survival, push beyond her comfort limits, and venture into other forms of climate action and community organizing. Chapters are prefaced by short lists of survival tips, and Jamilah’s worries will resonate with many readers. Palestinian cultural elements are woven throughout the book. Christian Jamilah expresses positive opinions about the hijab, but the framing of burqa-wearing as always taking place under duress feels oversimplified.