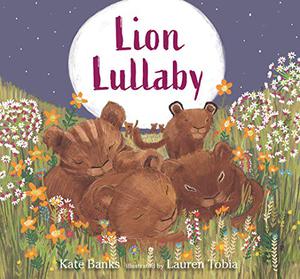 A visit from St. Nicholas with a trip to the barnyard, too.

In their cadence, rhyme scheme, and word choices, Manning’s adapted verses borrow liberally from the original poem credited to Clement C. Moore (and sometimes to Henry Livingston). Occasional word choices can read like missteps rather than innovations, however; the original poem’s “wondering eyes” are recast as “wandering eyes,” for example. Instead of using the poem’s original first-person narrator, this version employs the omniscient third to introduce a little lamb who awakens and observes Santa Claus’ sleigh landing on the farmhouse roof. No one joins her in her observations, but readers are invited to do so as she tries to figure out what’s happening in the full-bleed, rather flat art that seems like something from an animation studio. Eventually, it’s not what the lamb sees but what she hears that moves her from befuddlement to understanding, when Santa (who appears White) laughs “Ho, ho, ho.” As she watches him place presents under the tree in the house, she hopes he’ll have gifts for her, too. He does, of course, and the illustrations show the fruits, veggies, and other animal-friendly treats he puts into their stockings before leaving the little lamb to settle in again to sleep away the rest of Christmas Eve. It’s all sweet but hardly novel.

This revisitation of familiar holiday fare doesn’t stand out.