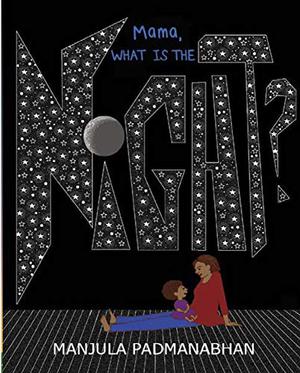 MAMA, WHAT IS THE NIGHT? | Kirkus Reviews


The earthworms don’t seem sure how to answer, presumably because they live underground and can’t tell the difference between day and night. The same is true of jellyfish, who have no brains; the octopus, who experiences the world through touch rather than sight; and bats, who use their senses of hearing and smell to navigate the dark world. Other creatures, however, have more distinctive answers. The owl, for example, defines night as a time to hunt for prey, while the night-blooming cereus defines night as the time to bloom (unsurprisingly), and fireflies define night as a time to find their friends. The best definition comes from the brown-skinned, curly-haired protagonist’s mother, who defines night as a time for enjoyment and love of all kinds. The book’s rhyming text is heartwarming, but the verse often feels clunky and repetitive. The layout is confusing, as the text is both set in a clear type on a separate page and woven, sometimes in a hard-to-read decorative type, into the illustrations, which do little to extend the text. However, the premise of the story is sweet and clever, and it serves as an effective vehicle for introducing young readers to nocturnal creatures. Additionally, the story exposes children to the idea of multiple perspectives, which is a cornerstone of learning about empathy. (This book was reviewed digitally.)