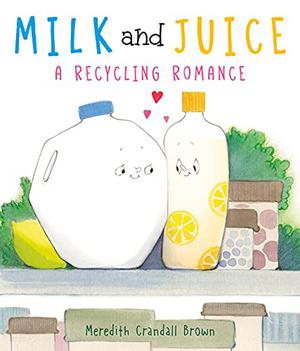 Rhymed couplets convey the story of a girl who likes to build things but is shy about it. Neither the poetry nor Rosie’s projects always work well.

Rosie picks up trash and oddments where she finds them, stashing them in her attic room to work on at night. Once, she made a hat for her favorite zookeeper uncle to keep pythons away, and he laughed so hard that she never made anything publicly again. But when her great-great-aunt Rose comes to visit and reminds Rosie of her own past building airplanes, she expresses her regret that she still has not had the chance to fly. Great-great-aunt Rose is visibly modeled on Rosie the Riveter, the iconic, red-bandanna–wearing poster woman from World War II. Rosie decides to build a flying machine and does so (it’s a heli-o-cheese-copter), but it fails. She’s just about to swear off making stuff forever when Aunt Rose congratulates her on her failure; now she can go on to try again. Rosie wears her hair swooped over one eye (just like great-great-aunt Rose), and other figures have exaggerated hairdos, tiny feet and elongated or greatly rounded bodies. The detritus of Rosie’s collections is fascinating, from broken dolls and stuffed animals to nails, tools, pencils, old lamps and possibly an erector set. And cheddar-cheese spray.

Earnest and silly by turns, it doesn’t quite capture the attention or the imagination, although surely its heart is in the right place.
(historical note)
(Picture book. 5-7)