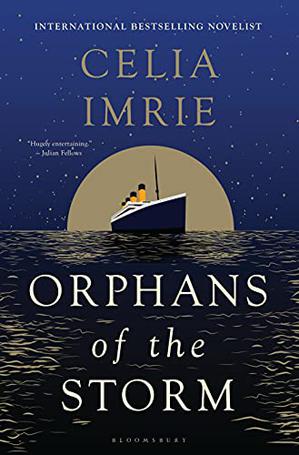 ORPHANS OF THE STORM | Kirkus Reviews


The sensational true saga of the “waifs of the Titanic” is unevenly fictionalized in Imrie’s sixth novel.

This is a reconstruction, based on exhaustive mining of musty records more than a century old, of how two French toddlers, a 2-year-old and a 4-year-old, wound up on a Titanic lifeboat. An afterword by writer Fidelis Morgan, Imrie’s researcher and fellow actress, reveals that this painstaking investigation also removes blame from the little boys’ mother, Marcella Navratil, where history had assigned it, and places it squarely on the shoulders of their father, couturier Michael Navratil. Fleeing divorce, a custody battle, and bankruptcy in Nice, with more than 30,000 embezzled francs, Michael kidnaps the boys and, impersonating a business associate, boards the RMS Titanic, where his fateful comeuppance awaits. The first half of the book chronicles the travails of Marcella, a naïve Niçoise seamstress, who, at 17, falls under Michael’s sway and marries him. A brief honeymoon period progresses to spousal abuse after the births of their two sons. Marcella files for divorce, a daring move for a woman in 1911. Much of the research described in Morgan’s afterword is shoehorned into the fictional treatment, where it distracts from the dramatic arc. For example, the fact that Michael was abetted in the couple’s hasty and secret London marriage by Paul Kühne, whose restaurant also figured in a scandalous attempted murder/suicide, is an intriguing real-life coincidence with no relevance to the action here, yet Imrie belabors this nonexistent connection. Similarly, Michael’s American friends the Kirchmanns may have taken his side in the domestic dispute, but attempts to concoct a more sinister motive for their antagonism toward Marcella unduly expand their peripheral role. After a padded and digressive first half, the most gripping portion of the book belongs not to Marcella but to plucky New Yorker Margaret Bechstein Hays, the focus of the story’s second half, along with the always riveting Titanic disaster.

A nonfictional treatment might have better served this story.