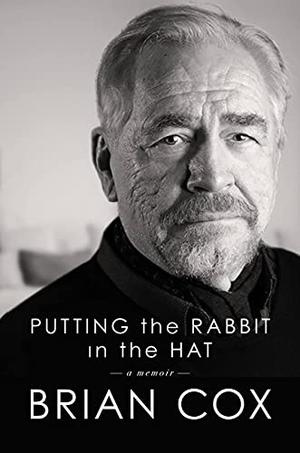 PUTTING THE RABBIT IN THE HAT | Kirkus Reviews


At 75, award-winning actor Cox looks back on a long career in theater, movies, and TV, most recently in HBO’s Succession. He grew up in Dundee, Scotland, the youngest of five children, “besieged by the forces of tribalism and the Catholic faith.” When he was 8, his father died, leaving the family “dirt poor” and his mother suicidal. “I don’t believe that you have to live through tragedy in order to portray it,” Cox reflects, “but it does help clarify things for you.” At 17, while enrolled at the prestigious London Academy of Music and Dramatic Art, he attended dress rehearsals at the National Theatre, watching the likes of Glenda Jackson, Peter O’Toole, Laurence Olivier, and Maggie Smith. “Witnessing this kind of magic,” writes the author, made him yearn to be part of that world. From working odd jobs at the Dundee Repertory Theatre, he rose to eminence on all of London’s major stages. Cox portrays with sly wit the actors he admires (Michael Caine and Morgan Freeman, among them) and those he does not (Sylvester Stallone, Michael Gambon) and the many directors he worked with, including the “consummate cineaste” Spike Lee, diffident Woody Allen, Royal Shakespeare Company founder Peter Hall, and titan John Schlesinger, whose Julius Caesar, writes the author, “was a misbegotten nightmare if ever there was one.” When Hollywood beckoned, Cox happily left England: “I went from being a lead actor on the London stage to a supporting turn in Hollywood, and I did it with a big smile on my face.” Besides chronicling his career, the author is forthright about his shortcomings as a husband and father. Above all, he extolls the exhausting, energizing thrill of performing: “You never stop wanting to show off, working out that insecurity, expiating yourself of your guilt,” and basking in the audience’s acclaim.