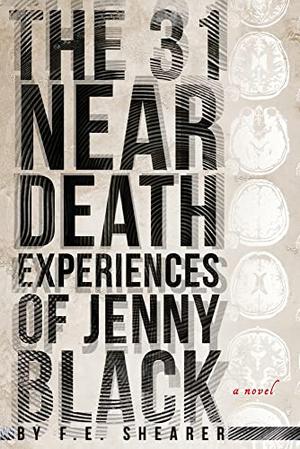 THE 31 NEAR DEATH EXPERIENCES OF JENNY BLACK | Kirkus Reviews


Loretta Sparkman is going through a midlife crisis—or, as she prefers to describe it, turning into a zombie—due in part, perhaps, to her husband Matthias’ ongoing struggle with cancer. She’s also just reunited with her best friend, Jenny Black, who has come to stay with the Sparkmans after five years of absence from their lives. The first thing Jenny wants to talk about is near-death experiences. “Not having a bad scare or thinking you might die,” Jenny clarifies. “The other thing. When you go through a tunnel, float above your body, see dead relatives, your life flashes before you.” Loretta has never had one. Jenny has had 22. In the past year. They come to her out of the blue, whisking Jenny to a netherworld where she can communicate with the spirits of people who have already died. Why are they happening? What does it mean? Jenny wants Loretta, who works as a spokesperson for a university, to ask around the faculty and see if anyone might know something about NDEs. Loretta will do what she can, though a university scandal involving race and artificial insemination is taking up most of her time. Can the two old friends figure out just what these NDEs mean before Jenny gets trapped on the wrong side of death for good? Shearer’s prose has a lively precision, toggling between humor and urgency as needed. Here, one of Jenny’s episodes occurs in a lab: “Jenny nods, her body begins to go limp. Loretta rushes forward, grabs her beneath her arms and half-drags, half-pulls her to the machine. ‘It’s happening, now, it’s happening!’ she yells. The director is shouting, ‘Roll tape, run sound, places everyone, the event is coming, now! Go!’ ” The novel is as interested in the meaning of near-death experiences as the characters are, and the book as a whole serves as a rumination on the nature of life, birth, and death. While the plot sometimes dawdles, it’s an engaging, enjoyable story of attempting to find the right balance—at least while on this side of the grave.