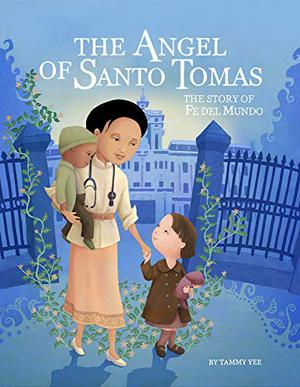 
When her sister passed away in the early 1900s in Manila, Philippines, del Mundo vowed to keep her dream of becoming a doctor alive. At age 15, she enrolled in the University of the Philippines and, a few years later, became the first woman and first person of Asian descent to attend Harvard Medical School. With the outbreak of World War II, del Mundo decided to return to the Philippines, “where she was needed most.” After watching families get torn apart due to prison camps, del Mundo worked with the International Red Cross and local military officials to open a boarding school for sick and recuperating children. The home grew, welcoming more children, providing them with health care, holiday celebrations, and more, which led to del Mundo’s nickname, the Angel of Santo Tomas. This picture-book biography celebrates not only del Mundo’s many accomplishments in medicine, but also her compassion and humanitarianism. The full-color digital illustrations depict details of Filipino culture, like architecture and clothing, while also beautifully capturing del Mundo’s gentleness and her emotions. A timeline in the backmatter provides more information about her accomplishments and life. (This book was reviewed digitally.)