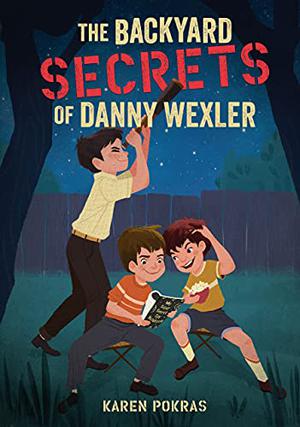 
It’s 1978, and 11-year-old Danny Wexler is Jewish (implied Ashkenazi) and living in a predominantly Italian American town. His mother, a nurse, and father, a factory worker, are discreet about their faith, but they are still outsiders: witness the consistent lack of promotion for Danny’s father despite his years of experience. Danny and friends Frank and Nicholas obsess over aliens and the Bermuda Triangle, especially after a boy from a nearby town disappears, supposedly snatched by a man in a white van; Danny and his friends even believe Danny’s piano teacher may be an alien and the kidnapper. But when that promotion finally comes through for his father, the town’s antisemitism also comes out into the open; Nicholas is prohibited from playing with Danny, while another boy starts calling him Matzah Boy, and Mr. Wexler arrives home with a black eye. Meanwhile, Danny, whose engaging voice anchors the novel, discovers that Mrs. Albertini, their elderly neighbor, is Jewish, and he begins to learn classic recipes—and understand the gains and losses of assimilation—from her experiences. This quick slice-of-life read with an upbeat, tidy ending examines what it is like to be othered and the anchoring force of friendship.